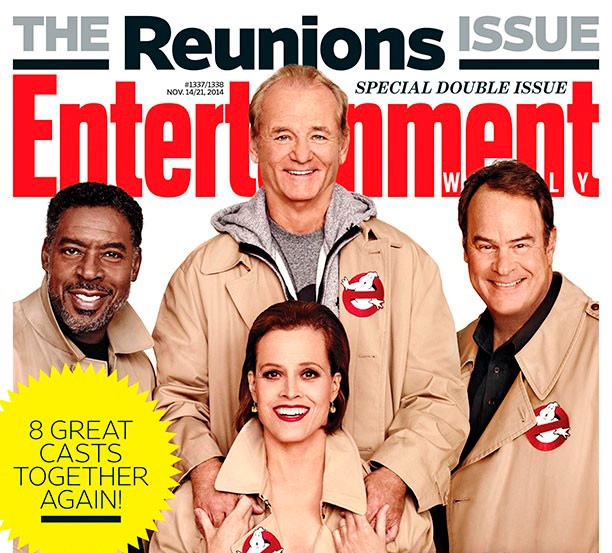 1501
By Barry Falls Jr
8 years ago
In Nostalgia Alert

Celebrating the 30-year anniversary of Ghostbusters, Bill Murray, Ernie Hudson, Dan Aykroyd and Sigourney Weaver are all smiles on the new Entertainment Weekly “Reunion” Issue, which features cast reunions of eight different casts including Mean Girls. The issue will be on the shelves this Friday Nov. 7 2014.

2014 has been a big year for the film, marking the anniversary release of the Ghostbusters / Ghostbusters II 4K-Mastered blu-ray set. In the special double issue, the cast dons their classic Ghostbusters attire and reminisce about their days onset.

Unfortunately, Harold Ramis wasn’t there to complete the cast reunion. The actor, filmmaker passed away in February this year. Ramis stared as Egon Spengler in both Ghostbusters films and helped write the screenplay for Caddyshack.

About a possible third installment of the franchise, the cast has shown passive enthusiasm. During the reunion photo shoot, Murray said ,”It’s really hard to recreate something that was so beautiful, so wonderful.” In August, Sony announced that they’re interested in rebooting the beloved franchise with an all-female cast. And in September, original co-creator and star Dan Aykroyd revealed plans to expand the Ghostbusters franchise into a Marvel-sized universe.

Here’s a photo of the complete cover: 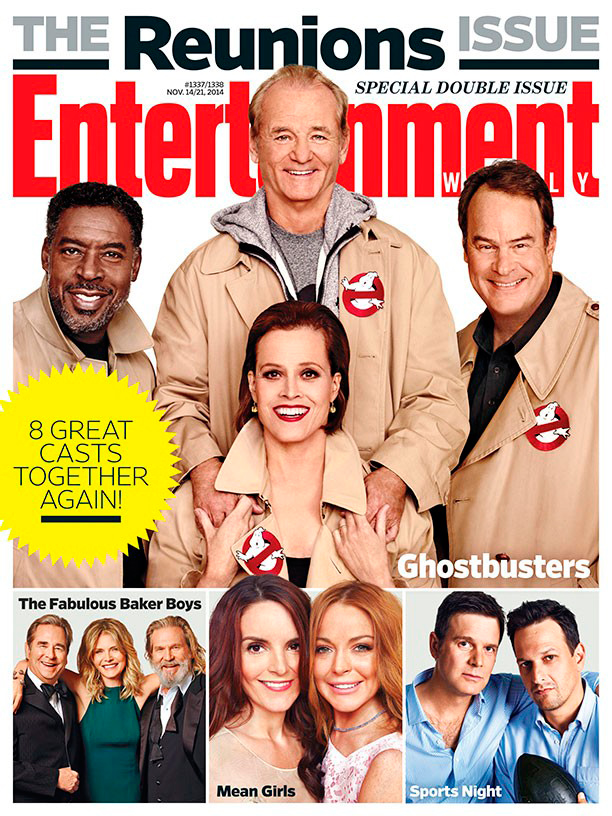