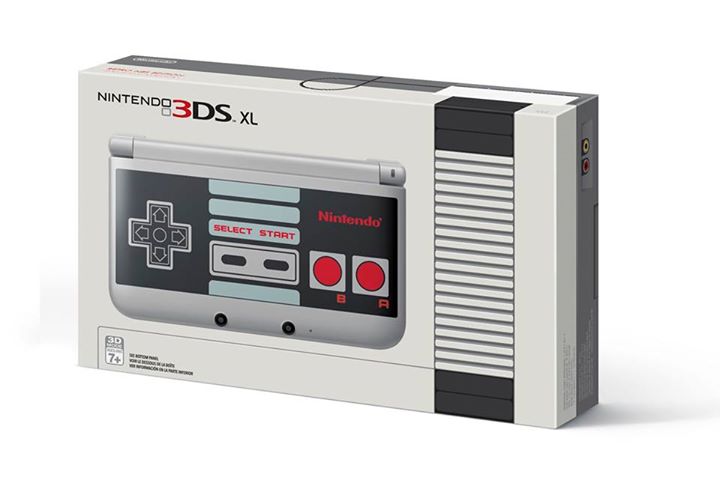 1640
By Barry Falls Jr
7 years ago
In Nostalgia Alert

The news seems a bit strange considering Nintendo just recently announced the New 3DS console, which will be released the day after in Japan. Additionally, the design of the NES-edition console, in my opinion, looks shoddy– almost like a sticker of an NES controller stuck on a grey 3DS XL.

Nintendo should have used the NES-edition Game Boy Adance SP as a template, which looked great, showcasing an NES console look on the outside and an NES controller design on the inside. The 3DS console box is shaped like the NES console and seems like the best part of the package.

Special edition Nintendo handheld consoles might soon become a thing of the past. The New 3DS coming next month to Japan will allow users to switch out face plates, much like the Game Boy Micro. And I am extremely excited about this!

My fiancee and I have had the Pikachu edition and Zelda edition 3DS XL since release, so we never wanted to pay $200 for a new special edition console, despite new ones being released that sparked our interest. So the idea of spending $15 to switch out the face plate is certainly something to look forward to.

Let’s just hope the face plates are a little bit better designed than this NES-edition console.


How to Beat The First Level of Super Mario Bros. 3 Without Looking at the Screen [VIDEO]