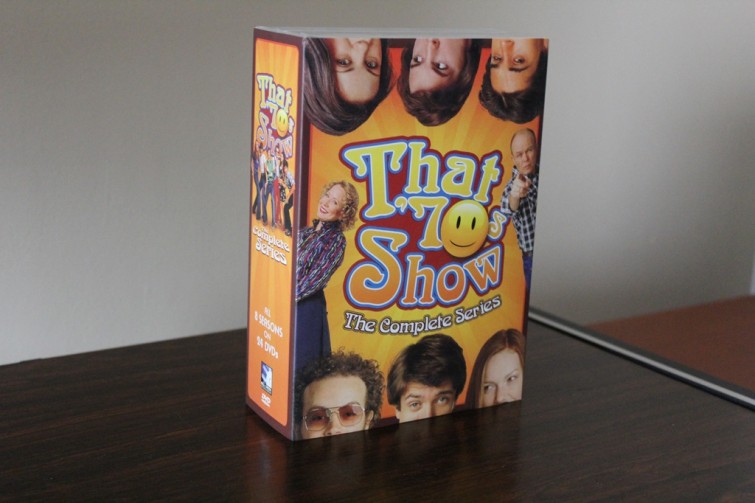 1266
By Barry Falls Jr
7 years ago
In Television

That ’70s Show is still to this day one of my very favorite television series of all time. It’s hard to believe that it’s been over 16 years since the show aired its pilot episode (August 23, 1998 to May 18, 2006 on Fox). The show explored a lot of cultural shifts that were occurring in the 70s from the perspective of six teenagers in the fictional suburban town of Point Place, Wisconsin.

I think my favorite part of the show is still “The Circle,” during which four or so characters sit in a circle (generally in Eric’s basement) as the camera pans, stopping at each character as he or she speaks. With thick smoke clouds and frequent coughing, it was usually apparent that the characters are under the influence of marijuana, even though they rarely mention the words “pot” or “marijuana” or ever see any smoking paraphernalia like bongs or rolling paper.

In its eight seasons, the show also addressed social issues of the 1970s such as sexism, sexual attitudes, generational conflict, the economic hardships of the 1970s recession, mistrust of the American government by blue-collar workers, and teenage drug use. The series highlighted a lot of developments in the entertainment industry, including the television remote, the video game Pong, MAD magazine, and Eric’s obsession with Star Wars. I’d say a large portion of my non-history-related knowledge of that decade came from That 70s Show.

Earlier this year, I picked up the That ’70s Show: The Complete Series box set on Amazon, as it frequently goes on sale on the site for sometimes as low as $25. Before then, I had all of the seasons on DVD in separate season box sets, but some of them were in box sets and some were in standard DVD cases. Altogether, they took up more than twice the space as the complete series box set and cost less (at this moment, the complete box set is $30 and each individual season adds up to about $70 total). So I decided it was time to make the upgrade.

I’m definitely glad I did. This is one of my favorite box sets in my collection. Like I said, how compact the set is plays a huge role in determining its desirability. And this one takes up about the same space as four or five standard DVD cases and fits snugly on the shelf– unlike many other box sets that are made with novelty shapes that make it more difficult to shelve.

The box design is fantastic. It’s a simple picture of eight of the main characters around the That 70s Show logo. The quality of both the slip cover and case is fantastic and the discs are easily accessible without having to flip through too many cases or flaps, which makes binge watching a lot easier.

Despite not always being consistently funny and engaging (a few of the later seasons dipped in quality quite noticeably), the series has aged really well. With many of the cast members going on to star in many more television programs and movies, it’s a lot of fun to see their break-through performances as characters in the 70s. This complete series box set is a must-have for any That 70s Show fan.