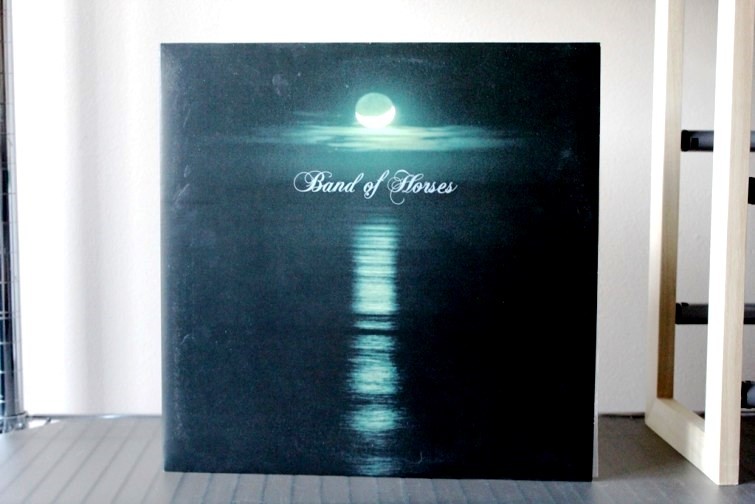 Band of Horses was just beginning to blow up in 2006 with the release of their debut album “Everything All the Time,” which included the hits “The Funeral” and “The Great Salt Lake.”  The four-piece developed a reputation for their atmospheric tunes and gimmick-free indie charm. After extensive touring and a move to the Echo Mountain Studios in Asheville, North Carolina, the band released the natural follow up to their debut release with “Cease to Begin.”

“Cease to Begin” is the perfect title for the album. Prior to the album’s release, the band underwent a change in their line-up. Founding members Mat Brooke, Chris Early and Tim Meinig left the band and were replaced with Joe Arnone (guitar, keyboards), Creighton Barrett (drums) and Rob Hampton (bass, guitar). Only founder and lead singer Ben Bridwell carried over onto the band’s sophomore album. Bridwell’s vocal range and songwriting proficiency has also noticeably improved since “Everything All the Time.”

The record opens with the first single “Is There a Ghost,” a haunting, forceful indie track with only 14 repeated words: “I could sleep. When I lived alone, Is there a ghost in my house?” This is the only track on the album that should satisfy fans of tone and overarching motif of “The Funeral,” from the band’s previous album. It’s raw and melancholy– which juxtaposes well against the rest of the album.

It’s difficult to sum up the album’s central theme into any coherent thesis. The surreal narratives span varying subject matter and are united more by their consistently fluid melodies more than lyrics. The album is much more somber; the pop appeal is mellowed out by smooth guitar riffs. The second single, “No One’s Gonna Love You,” is precisely as somber as its title implies. In it, Bridwell sings, “We’re reeling through an endless fall; we are the ever-living ghost of what once was.”

The band’s transition from Seattle to Asheville must have signaled a change in the style of the album. “Everything All the Time” was an indie rock-pop record, while “Cease to Begin” seems to contain more southern alternative rock influences. This might split some fans, but it’s a sound that the band seems undeniably more comfortable exploring. “Cease to Begin” is still one of the band’s best records and an essential listen for fans of melodic indie rock.


Best-Selling Video Games For Every Systems in History