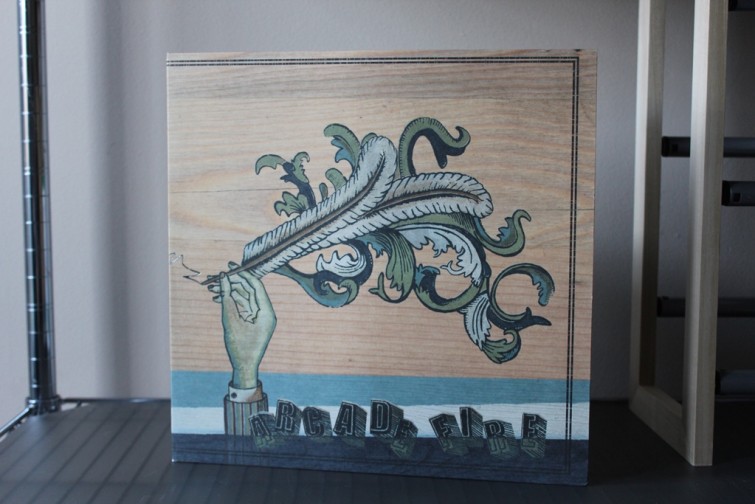 The term “groundbreaking” is too frequently used in describing music albums. But in the case of Arcade Fire’s “The Funeral,” it’d be wrong to describe this album as anything but groundbreaking. There is so much hype and comparisons to other musical acts and associations with music scenes and sects of music fans. But when you completely ignore all of that noise and listen to this gem, what you have is one of the most intimate and finely-crafted debut albums ever recorded.

Funeral was released on September 14, 2004 in North America by Merge Records. It was given its title because several band members had recently lost members of their families. Thus, death is the main theme of the album. But as critics have pointed out, its never bogged down by aimless melancholy. It’s deeply beautiful in its somber presentation. Stylus’s Josh Drimmer called it “life-affirming.”

Following its release, the band booked small clubs for their 2004 tour. But growing interest forced many venue changes, far beyond the band’s expectations, and the tour continued into mid-2005 throughout the United States, Canada, Europe, the SummerSonic Festival in Japan, and the Hillside Festival in Guelph.

“Wake Up” is probably the most popular and celebrated track on the album. It ranked among many best of the 2000s lists, including Rolling Stone. Fans of Arcade Fire still cite the song as one of the best to see performed live. Even during its first listen, it’s hard not to sing along to its chorus of “ohhhh, ohhh, woaaah-oh-oh-ohhhhh.”

Still, for me, Funeral is best during its more somber moments. Arcade Fire closes each album with some of their most intimate work. With Funeral, that is “In The Backseat,” sung by Regine Chassagne. The song’s lyrical simplicity and mournful subject matter makes it one of my favorite songs from the band. In it, Chassagne sings:

One of my favorite parts of this record is the memorial slip that it comes with. The pages are designed to look like a funeral program, with the lyrics of the album written within. In it, the band includes a somewhat fictionalized version of how the band formed and how it was recorded.

Regardless of your musical preference, Funeral is an album everyone should listen to at least once. You can download the album right here.