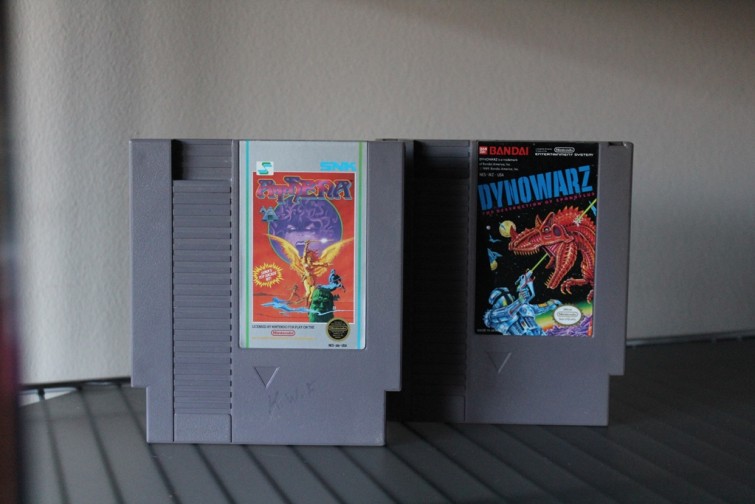 DynoWarz has one of the coolest label art I’ve ever seen. There’s a blue, futuristic-looking space knight shooting a laser gun into a red dinosaur’s mouth and out of the back of his head. It really doesn’t get more badass than that.

Athena is a platform arcade game, produced and published in 1986 by SNK. It has some pervy appeal. The original box art depicts a mostly naked woman warrior. And the plot reads: “Upon landing, unarmed and mostly nude, the princess only has her kicks to fend off the approaching monsters, but she may collect the dead enemies’s various weapons and also has the chance to find shields, headgear and armor to cover her body.”

Thanks for the trade, Justin! This trade brings my collection from 272 to 274 NES games. For the rest of the entries of NES Quest, check them out right here on Retro Chronicle.


Collecting tip #12: When to buy in bulk