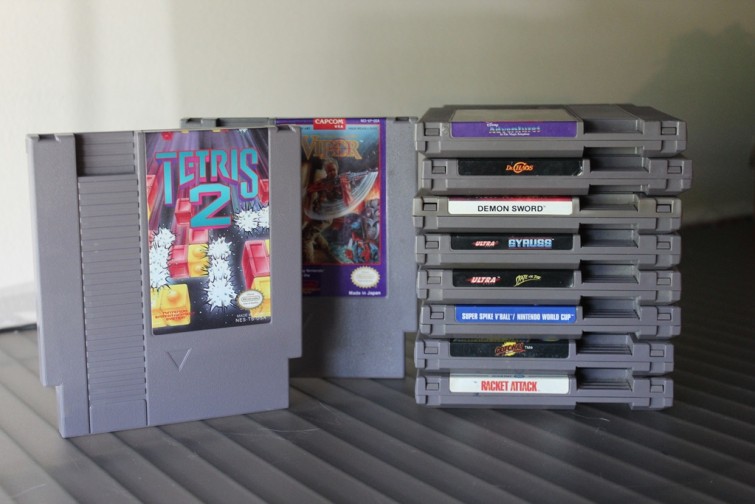 When I first read that a garage sale in my area had more than 40 NES games for sale for $4 each, I made sure I planned to be there when the sale began. But I also came with little expectations, assuming they would all be gone by the time I would arrive.

Fortunately for me, the seller had shooed away early birds and had ten titles that I needed. The seller was also a collector, and so I was happy to make some polite chit-chat about our hobby. Like me a year or so prior, he had begun hoarding games more than collecting. And so he had about a 100 or so reasonably priced games for sale for me to browse.

As soon as I saw the NES stack, I first scanned it for any rare games. Nope. Usually, a collector knows what games are worth, but sometimes they overlook things. And when they do, I’m always more than eager to sweep in. That’s wasn’t the case here though. All the games were common, for $4, I had to take the time to knock off some common games from my wanted list.

So I pulled out my phone with my NES list. We were talking about our experience collecting and I mentioned that I was going after a complete NES collection and showed him my list. I spent about 10 minutes going through all of his games, looking for any game that I needed. I found ten total:

Of all the games, the only one I had played before was Tetris 2, which was one of my very favorite games. Tetris has one of the most fascinating histories in all of gaming, in my opinion. And despite its many new iterations, the formula was almost perfect from the start. I remember playing Tetris 2 more than the original. But the entry that I played most as a kid was Tetris Plus for the Gameboy, which was strangely also released at the same time for Playstation and Sega Saturn.

This haul brings my collection from 290 to 300 NES games. For the rest of the entries of NES Quest, check them out right here on Retro Chronicle.