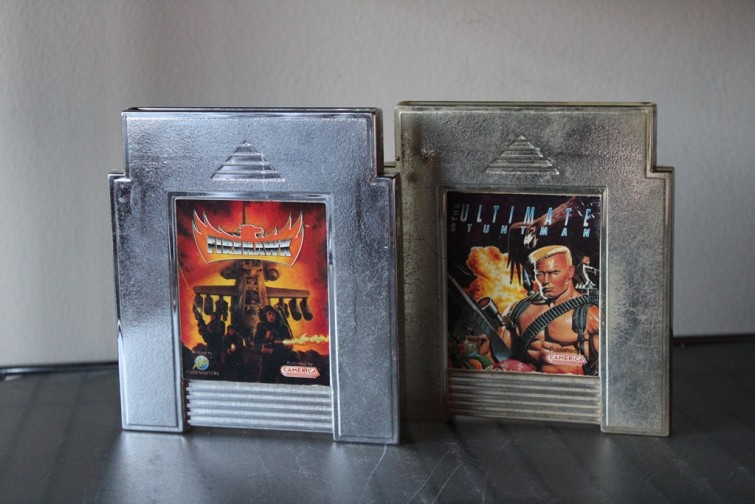 Over a handful of NES hauls in December, I came upon two of the most macho NES games I’ve ever found. And since they’re both unlicensed, I decided to feature them in a separate post. Although, I typically prioritize licensed games. But with some advice from a few other NES collector friends, I do frequently pick up all the unlicensed games that I find for a fair price.

Firehawk has the player being commissioned by the President of the United States to stop the trafficking of drugs into the United States. The player flies an Apache helicopter to different places around the world and the player must destroy the drug traffickers’ factories. It is very similar to Desert Strike and the rest of the “Strike” series.

Ultimate Stuntman is one of 14 video games published by Camerica for the NES without proper licensing. he player is Ultimate Stuntman, a rogue mercenary who is called into duty when Jenny Aykroyd is suddenly kidnapped by Dr. Evil. Following in the footsteps of side scrolling action games such as the Contra and Mega Man series, The Ultimate Stuntman gives the player access to a variety of levels with different concepts.

This purchase brings my collection from 361 to 363 NES games– with 21 of them being unlicensed. For the rest of the entries of NES Quest, check them out right here on Retro Chronicle.

The Legend Of Zelda Break Down: A Link Through Time


The Science Behind the Halo Series (Did You Know Gaming)