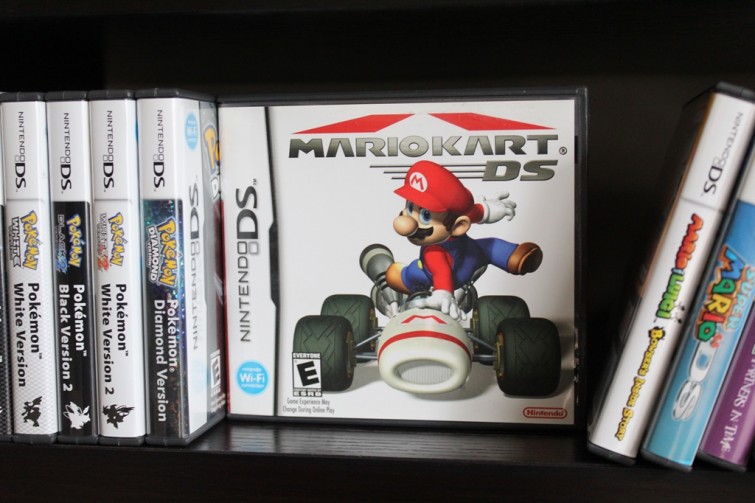 Released towards the end of 2005, Mario Kart DS was the fifth installment in the Mario Kart series. Nintendo has since released three newer (and in the case of Mario Kart 7 and 8, better) entries in the series. Still, Mario Kart DS offered racing experience that is still fun to this day.

Players could chose from 13 Mario characters, each with three karts to chose from. The game features five single-player game modes: Grand Prix, Time Trial, Vs, Battle, and Mission. The Grand Prix and Vs modes require that the player choose an engine class from among 50 cc, 100 cc, 150 cc and 150 cc Mirror. Almost all of the key features are back, with a lot of new surprises.

Consensus: Even after a decade, Mario Kart DS is a hugely enjoyable entry to the Mario Kart franchise. Mario Kart DS marked the biggest leap forward for the franchise, with many added features becoming staples in future installments. Although the quality of game play would later be surpassed by Mario Kart 7 and again with Mario Kart 8, Mario Kart DS still retains a hugely influential addition in the beloved franchise.

In The AVGN den: Hooking up multiple video game systems