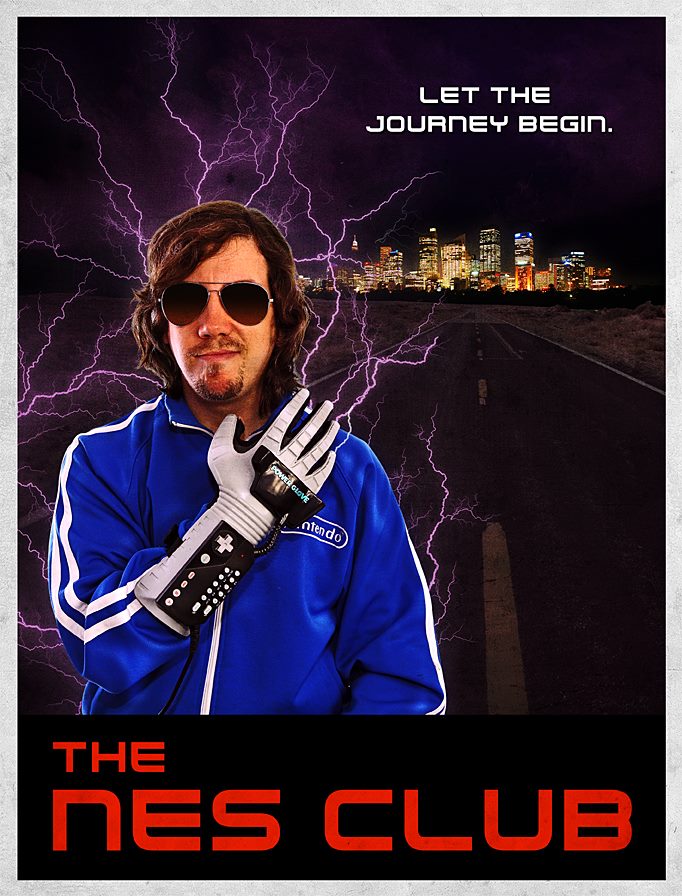 Jay Bartlett has 8-bit fever. If there was ever any doubt, the newly-released trailer for the Rob McCallum-directed, full-length documentary “The NES Club” should abolish any reservations.

Five months ago, Bartlett and McCallum participated in an online interview via Youtube with Barry Falls Jr (My Vinyl Muse) to talk about the idea of “The NES Club,” which would follow video game collector Bartlett’s quest to collect every Nintendo Entertainment System (NES) title in 30 days. Back then, the film-makers were raising money for the documentary through Kickstarter. The page went on to raise $16,814, surpassing their goal and bringing the documentary that much closer to becoming a reality.

[Read the first My Vinyl Muse story about the documentary here]

The trailer, which was released today, opens with the anecdotal story of McCallum’s daring Bartlett to not only collect every NES cartridge, but to do so in the incredibly ambitious (and perhaps a bit reachy) window of only 30 days and without any online purchases, including eBay. Along the way, Bartlett runs into obstacles familiar to game collectors from competition from other collectors to stiff sellers. But Bartlett is driven by the thrill of the hunt.

“It feels like 30 Christmas Eves in a row,” Bartlett jokes about being able to experience what so many collectors dream of– dedicating an entire month to scouring garage sales, thrift shops and flea markets to pick video games.

Of course the documentary is more than just a month-long cartridge hunt. The film-makers behind “The NES Club” will interview big names in the video game industry about the cross-generational legacy and massive cultural significance of the Nintendo Entertainment System. Some of the “industry icons” shown on the trailer include:

The more complete list of participants in the documentary can be found on the documentary’sIMDB page. We also learn from the trailer that “The NES Club” will begin southwestern Ontario, Canada. But where they go from there is still being kept under wraps. Viewers will find out what adventures awaits Bartlett and whether or not he finds every title and joins the NES Club sometime in 2015.

AUTHOR’S NOTE: My Vinyl Muse has no affiliation with “The NES Club.” This article should not be confused as an endorsement of this project.

What if “The Shining” was an 8-bit video game?


GAME/SHOW: Are You Weird if You Play as the Opposite Sex?