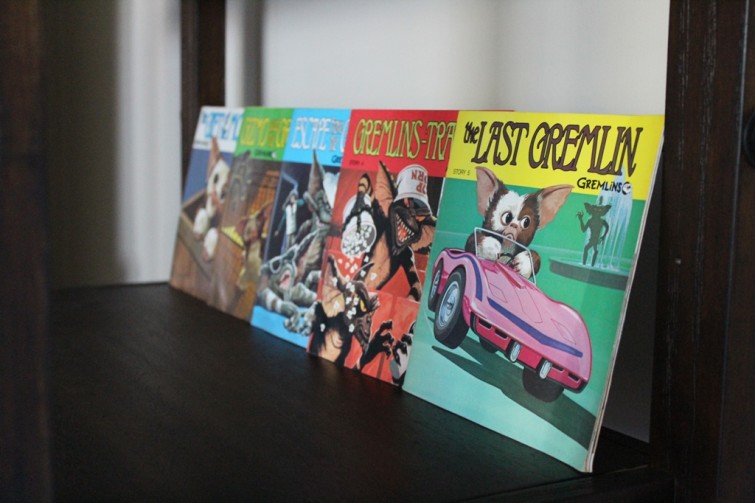 This five-part set was found at the bottom of a huge box of 7-inch records that I found for $5 at a garage sale. This set features five story books with five records for the user to listen to as he or she reads the story.

The stories include respectively: The Gift of the Mogwai, Gizmo and the Gremlins, Escape from the Gremlins, Gremlins-trapped and The Last Gremlin. This set was released the same year as the horror comedy film, which was produced by Steven Spielberg and written by Chris Columbus.

With its commercial themes, particularly the perceived cuteness of the character Gizmo, Gremlins became the center of considerable merchandising. Due to this, it became part of a rising trend in film, which had received a boost from Spielberg’s E.T. the Extra-Terrestrial. Manufacturers including LJN produced versions of Gizmo as dolls or stuffed animals. (The latter of which became a popular high demand toy during the holiday season of 1984.)

A product placement deal with fast food chain Hardee’s led to this series of book-and-45 records adaptations of the film’s story with 16-page books full of colored illustrations. 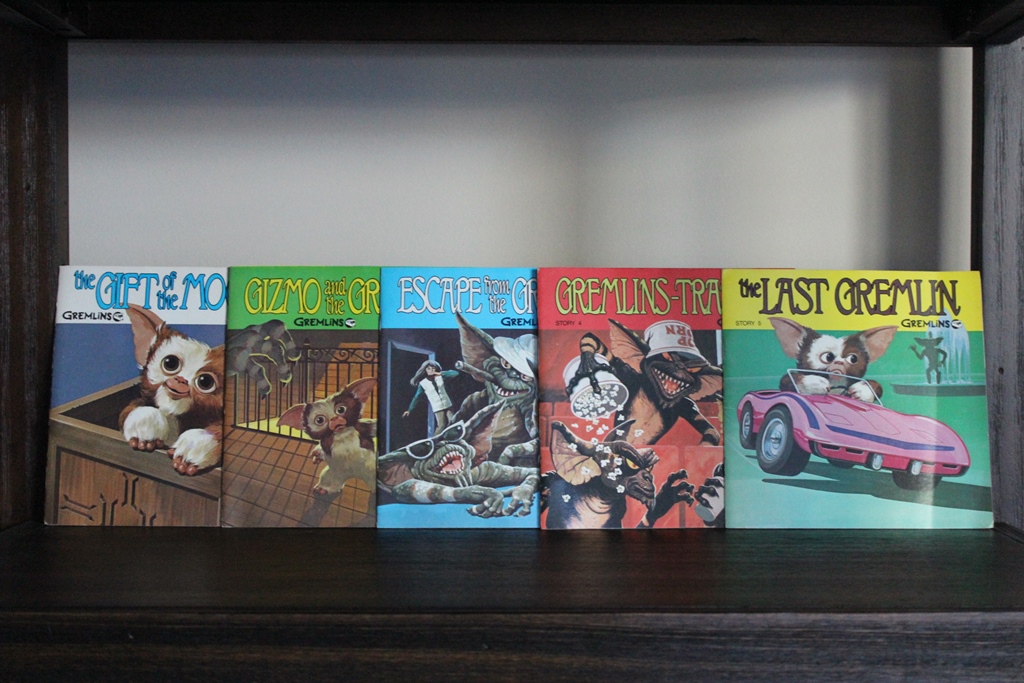