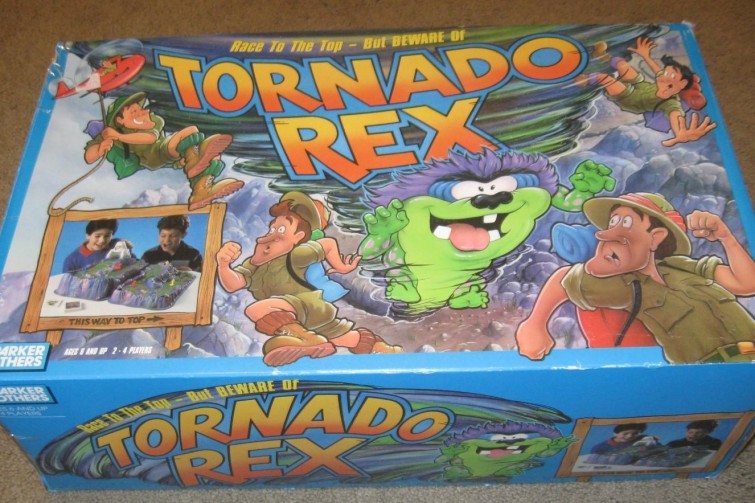 Similar to Fireball Island, Tornado Rex is a 3D action game where players try to be the first to get their two hikers to the top of the mountain. Players draw a card to determine what kind of move they can make (forward, backward, switch places, etc.). The cards also determine when Tornado Rex is released: a spinning top that careens down the mountain trail knocking off any hiker he happens to hit.

Like with some other Board James episodes, one the best part of this episode is the song, which was written for the episode by Bootsy Spankins (Bad Luck Bootsy). Bootsy writes many of the Board James tunes and they’re always super catchy.

Tornado Rex has become a collectible over the years, but copies are usually available online for relatively affordable prices. You can order a copy right here. Check out the full episode right here: