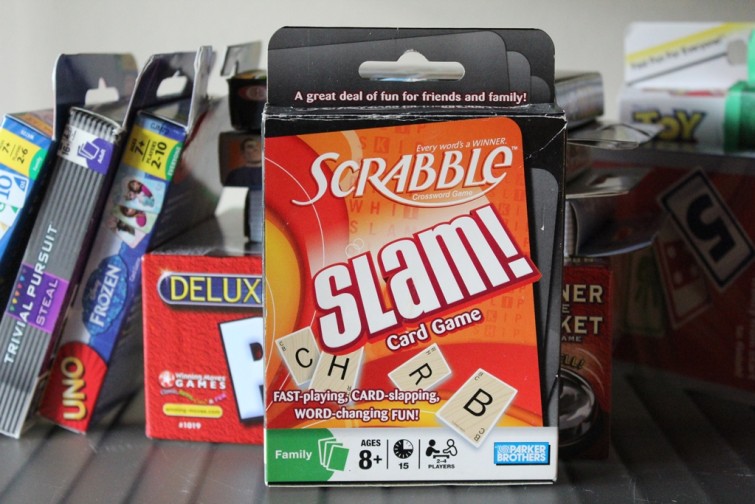 The Scrabble Slam! rules are simple– lay down a four letter word, shuffle and evenly distribute the rest of the cards and then all players lay out one letter on top of the word to make a new word. There are no turns, so the game can get pretty heated.

Consensus: For what it is, Scrabble Slam is a super portable alternative to the board game. It’s fun and addictive, but it has its minor flaws. For fans of card games, Scrabble Slam isn’t a game you’re going to want to miss out on. Order it here.


How GameStop’s retro game prices compare to eBay and Amazon