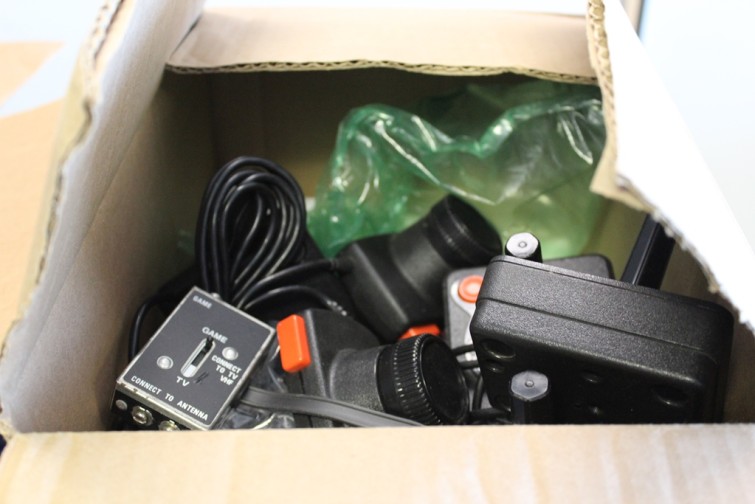 Collecting tip #13: Trimming the fat from your collection (part 1)

1541
By Barry Falls Jr
7 years ago
In Collecting Tips

At some point in every collector’s life, he gazes at his collection and wonders, Why do I even have this? Whether it’s for a game that you no longer want or maybe you have no idea how it ended up in your collection to begin with, clutter can be a huge pain for collectors. The solution that I always recommend: purging your entire collection.

NOTE: This is the first part to a two-part series on ridding your collection of unwanted games. Part two will directly follow this post and will deal with my own recent personal experience trimming $1,000 worth of games from my personal collection to refocus on my collecting goals.

There are a lot of reasons why you might want to do a mass purging of your collection. Unwanted games take up space. Older games are constantly corroding, so you could run the risk of owning them until they’re broken and worthless. And you could use the money from selling or trading them to buy games that you actually want. The reasons really go on and on.

So if you’re at a point in your collecting, don’t be afraid to pack up and ship out everything that you no longer want. Your willingness to keep your collection personalized and focused is what separates collectors from hoarders. Most collectors would probably agree that if you find yourself collecting items that contain any sentimental value to you, the hobby itself will no longer going to be enjoyable.

Where do you start?

Where to start is the hardest part of this process. In my next post, I’ll go over what went through my mind while I began purging my collection. But for right now, I’ll  discuss a couple of the reasons why you might want to give up parts of your collection.

One of the common problem with video game collectors is that they’ll find cheap games and buy it just because. Especially with the rise of retro game communities, it’s easy to see other collectors with huge collections and want to grow their own collection just to keep up. You have to always consider your collecting goals, which requires having collecting goals.

Another big consideration is space. If you have as little space as I do for games, then you already know the struggle. Sometimes things happen in life that make you re-prioritize your space. If this is the case, start with the stuff takes up the most space in your collection. Maybe you could let go of those collector edition, big-box games. Maybe you could go cartridge-only with some of your collection (which I’ve done with NES and SNES).

And then there’s the console that you just sort of lost interest in. I recall buying an old Intellivision several years ago. I had an Atari 2600 as a kid, so I never really got to play the Intellivision or the Colecovision. So when I finally got my hands on an Intellivision, I became infatuated. I started buying up games left and right. But after a while, that obsession sort of petered out. And what I was left with was a catalog of games that I didn’t really care to have.

Consider which games have sentimental value, which games have collector value and which games you’ll play. If you find that certain parts of your collection don’t fall into any of those categories, you may want to get rid of them. Ask yourself– if I didn’t own this game right now, would I go out and buy it? If not, then it’s probably time to let it go.

Sit on the decision for a week or so.

This part is important, because collectors are notoriously impulsive. I know of many collector friends who sold off half of their collection because something happened that made them feel want to stop collecting. Often that works out great for them. But sometimes they regret it if the decision was made impulsively.

So just take some time to think about it. Sometimes when you begin the purging process, it’s easy to get carried away and get rid of games that you might actually want to keep. So often sleeping on this decision for a week or two will put things into perspective a little better.

For my most recent mass collection overhaul, I took all of my unwanted games to a retro game store for store credit. I talk about my experience in part two of Collecting tip #13: Trimming the fat from your collection. Stay tuned for more collecting tips right here on Retro Chronicle. And be sure to leave any comments or tips of your own in the comment section!


Collecting tip #13: Trimming the fat from your collection (part 2)