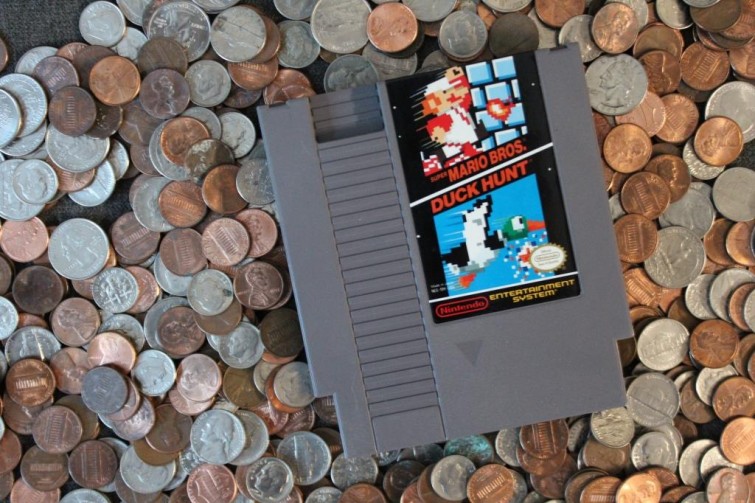 1094
By Barry Falls Jr
6 years ago
In Collecting Tips

If you asked every video game collector what their biggest collecting limitation is, some would say time, but most would say money. And for anyone new to collecting or those who have collected for many years, addressing those limitations is an ongoing process.

And they require very thorough and very unique analysis:

Because of the internet and the many collector resources and networks that interlace it, almost every game that you want is at your finger tips. Even enormously rare games like the Nintendo World Champtionship cartridge will show up on eBay every couple of months.

And when you’ve been after a single expensive game for a long time, it’s easy to let yourself pay more than your budget permit. I’m certainly not saying that you should splurge on a game that you really want, but be careful not to develop a habit of exceeding your financial boundaries.

I’m a poor college student. But I also currently collect for about 25 gaming consoles. But I set time and money limitations on my collecting for the sake of my occupational, educational, social and spiritual obligations.

Currently, I allow myself to spend $50 on games per week, or about $2,600 per year. That number will be more for some people and less for others, and that number fluctuates depending on what’s going on in your life. When I dip into my safety funds to pay for a car repair or medical expense, I cut back on picking. But if I work pick up more shifts at work and make some extra money, I may allow myself to spend $75 to $100 in one week.

Since I do most of my picking at thrift stores and garage sales, I’ve learned to earn some extra cash by flipping other items on eBay. This is an important habit to sustain a my collecting interests, and it’s often closely linked to my monetary limitations. When I go picking for games, I always try to find enough non-gaming items to flip that will pay for all or most of my collecting expenses.

It’s also important to readjust your perceptions of the value of the games you want. Because the more you socialize with other collectors who have collections (and maybe levels of income) that are much larger than yours, you can begin to overvalue games that you once had little interest in acquiring.

Case in point, a couple months ago, my local music venue announced that Weezer was coming to my town with tickets on sale for $40 each. I wanted to reserved two tickets, but I decided that I didn’t have the extra money to spend on concert tickets.

Weeks later, I found myself buying a Collectors Edition copy of Bravely Default and a handful of XBOX games for $80. And as I purchased those games, it hit me that those games cost me the same as taking my fiancée to see one of our favorite bands.

And for a moment, I had to take a step back and rethink about how I perceive my collection. My interest in owning the Collector’s Edition copy of Bravely Default was entirely rooted in other collectors who insisted that it was incredible. And while it certainly is one of the best RPGs I’ve ever played, its value pales in comparison to a night out with good company and a couple of brews listening to Weezer. No doubt about it.

For you, it might not be a concert. Maybe it’s a trip to a local theme park or somewhere you’ve never been or even a nice restaurant. The bottom line is: you need to retain a grounded perspective when deciding how you limit how much you spend on collecting.

These days, most of my time is committed to studying, homework and my part-time jobs. That doesn’t leave a lot of time for collecting. But the time I have dedicated to the hobby has had a noticeable impact on my daily obligations, for better and for worse.

For better, collecting (more specifically the thrill of the hunt) has provided some much-needed stress relief. To me, there’s something really therapeutic about finding old games from my childhood, playing them and organizing them. There’s a certain, ineffable sense of satisfaction that comes with simply sliding new additions to my game shelf.

For worse, that healthy form of escapism can ease its way into a more toxic form of escapism. When you’re chasing that high that comes with a big find, it can be easy to obsess.

Not long ago, I found myself going to different thrift stores three or four days per week, constantly checking the video game section of Craigslist for rare games. After it started to have an impact on my grades in college, I decided to take a month-long break from collecting– no searching, no networking with other collectors, no thinking about games.

When the month was over, I decided to set limits not only on money but on time. And that helped me analyze what was worth spending time on. So for each place I looked for games, I thought– how much time have I spent here, how much have I found and were they worthwhile finds? Frequently, the answers were: a lot, not much and not really.

So I cut all the deadend thrift stores and Craigslist ads, and I focused on the sources where I always found the best stuff. And that made me feel less disappointed every time I went to thrift stores and found nothing.

The great thing about going through this process of going beyond my collecting limits is that now I’m better at gauging whether or not I’m spending too much time or money on collecting. Now it’s easier to strike a healthy balance between vintage game collecting and my other life goals.

Setting limitations is an important topic for collectors, but it’s not often discussed. Maybe because it’s kind of a drag. But it’s something that any collector should consider hard and often. It’s a topic that I’ll return to on a later day in more detail. But until then, stay tuned, because next week I’ll be discussing the best places to look for retro games.