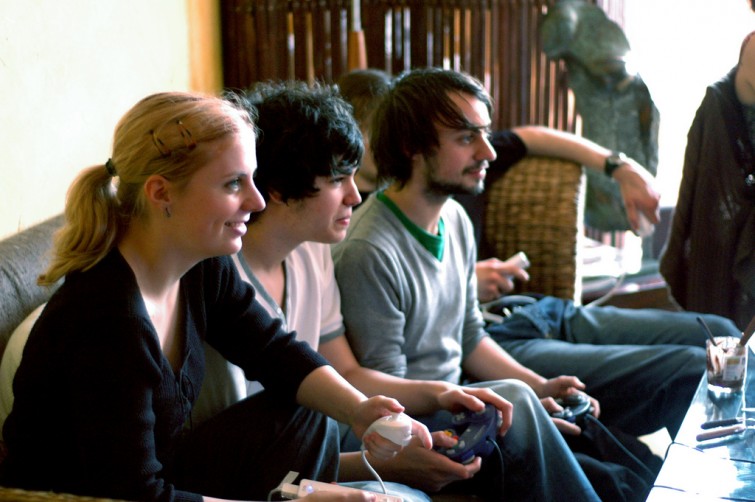 1635
By Barry Falls Jr
7 years ago
In Collecting Tips

Having a close network of collector friends comes with a slew of benefits. But often the challenge can lie in finding other collectors to reach out to to form those initial bonds.

None of my friends who I met through college, work or my other social circles were retro game collectors like me. So in many ways, my hobby felt invalidated. I always had the urge to share new finds or talk about my favorite retro games, but didn’t really have anyone to share it with.

That might be why it felt so liberating once I began to connect more with others in the game collecting community. Over the past year, I’ve made genuine friendships with other collectors across the U.S. who I talk to (usually online) almost every week. If I need a recommendation for a new game to play or collecting advice, I can usually garner advice from at least a hundred other collectors. And they can count on me to do the same for them.

In fact, with many of the collectors in my network, I generally have an idea of what games are highest on their wanted list. And I’ll try to my best to look out for those games and send it to them. It makes collecting all the more rewarding (and effecient) knowing that another collector is looking out for you.

Of course, it takes time to build those sorts of relationships. And there are many obstacles that come along with networking. Not all gamers and collectors are the kind of people you’ll want to associate with. And it’s not always easy to identify the genuine people.

But if you’re planning on collecting, figuring the best way for you to network with other collectors is something you’ll want to learn how to do effectively as early as possible. Like with some of my other collector tips, I’ve decided to outright list a stream of helpful tips that I’ve learned over the years about building contacts and relationships in the retro gaming community:

Make the initiative to reach out to others.

Like with any relationship, you get out of it what you put in. And if you’re only trying to network with other collectors expecting others to reach out to you, you’re going to have a bad time. It can be difficult, especially for introverts, to make the effort to be outgoing. But it pays off in the long run.

Stick with the platforms you’re comfortable with.

If you’re well-versed in Facebook, try to find other collectors via Facebook. ‘Well-versed with Instagram, stick with Instagram (use retro gaming-related hashtags). ‘Reddit, stick with Reddit. Different platforms have different social conventions and protocols. So utilizing websites or social structures that you’re familiar with will help you find other collectors naturally. Places like game forums tend to have stricter posting restrictions that you have to become acclimated with over time.

This one is important. Different collectors have different interests. And unfortunately, some collectors and gamers can also be really judgemental. So it’s important to be honest with who you are and what you’re interested in. For example, I meet a ton of collectors and gamers who are really pretentious towards other gamers who play Call of Duty. I guess Call of Duty games are like the Michael Bay movies of the gaming community. Nevertheless, if you enjoy those games but are too ashamed to play or discuss them, then you’re not going to make any worthwhile connections.

Don’t reduce yourself to just a gamer/collector.

When you’re networking with others who share your passion, you’re not going to nourish a dynamic connection by restricting conversation to only games. You have other passions and other hobbies. So when you’re connecting with other gamers or collectors, don’t feel obligated to talk about only games.  With the real friends who I’ve made through retro game collecting, I genuinely like them as people– not just collectors.

Expect to meet some of the worst people you’ve ever met.

Unfortunately, the gaming and collecting community is filled with a lot of people whose lives revolve around gaming and collecting. And when something doesn’t go exactly their way, they can be really difficult. That why you’ll see so many game forum threads dedicated to venting, where unhappy collectors and gamers can gripe and attack others who don’t agree with them. So if you regularly post your opinions about games on a social platform (especially forums), you’ll need to learn how to deal with some harassment.

Expect to meet some of the best people you’ve ever met.

Of course, I wouldn’t be recommending networking with other collectors if it weren’t for these people. Over the years, I’ve conducted about 50 trades or purchases with other collectors. These trades and purchases require cooperation, honesty and trust that the other person isn’t going to take what you give them and flake on their end of the deal. And very few times have I been wronged. I’ve met several people through networking who I palpably call my friends. They encourage me, share in my celebrations and make me laugh when I read some of their comments. And it was, no doubt, worth wading through the assholes to find them.

Don’t compare your collection to others’.

This is a problem you’ll face when meeting other collectors. I remember the first time I began networking with some collectors who had unfathomably massive collections. Subconsciously, I began spending more time and money in order to try to catch up. Eventually, I began buying games just to boost my collection, not games that I actually wanted. So I learned to kind of calibrate more and collect at my own pace to reach my own goals. It’s something a lot of collectors won’t admit to themselves, but it’s a valuable lesson to learn as early as you can– collecting isn’t a competition.

Host a meet up or game night.

Do a long-distance trade with someone in your country.

This post on networking was just to break the ice on some of the tips on this topic. We will be posting more networking-related collector tips on more specific tactics in the future. The featured photo is courtesy of Valentin Ottone. For more collecting tips, click here.