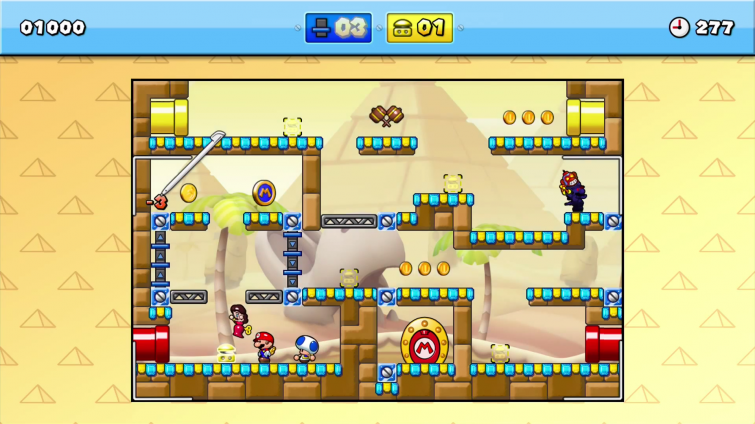 Nintendo debuted a trailer for the forthcoming Mario vs Donkey Kong title coming to the Wii U.

Over the past few years, Nintendo has brought console Nintendo games to their hugely popular handheld 3DS (Luigi’s Mansion, Paper Mario, etc.). But as the company has continued to put more emphasis on the under-performing Wii U, games like the new Mario vs Donkey Kong game are making their way onto the HD format.

Players will be able to use the Wii U gamepad to direct mini Marios through the levels’ many puzzles and obstacles. This will also be the first title to feature Mini Luigi.

Similarly to the new level-creations in Mario Maker, players will be able to design their own levels with the Wii U gamepad and share them on Nintendo’s Miiverse.

Check out the first look at the forthcoming Mario vs. Donkey Kong Wii U title right here:


Was that really Link in the new Legend of Zelda trailer?