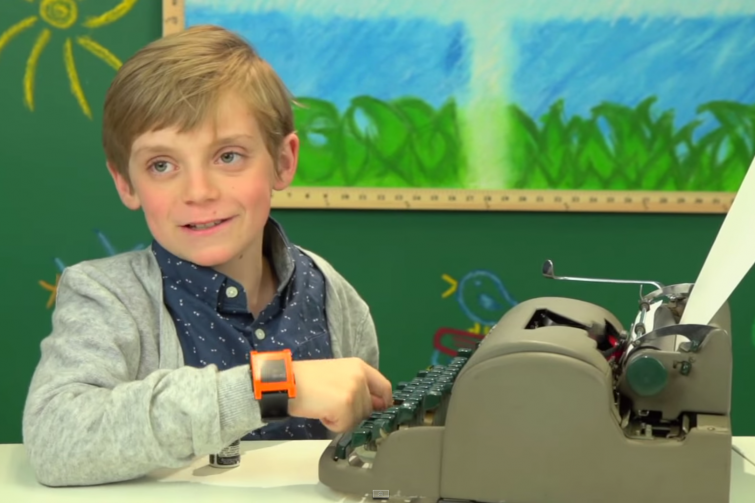 1135
By Barry Falls Jr
7 years ago
In Nostalgia Alert

In the latest entry of Kids React, a web series by Fine Brothers Entertainment, kids are introduced to typewriters. Their reactions are sure to make owners of the original technology feel ancient.

BETWEEN THE GROOVES: Kanye West’s “The College Dropout”


Is this Target label proof of Majora’s Mask on 3DS coming this year?