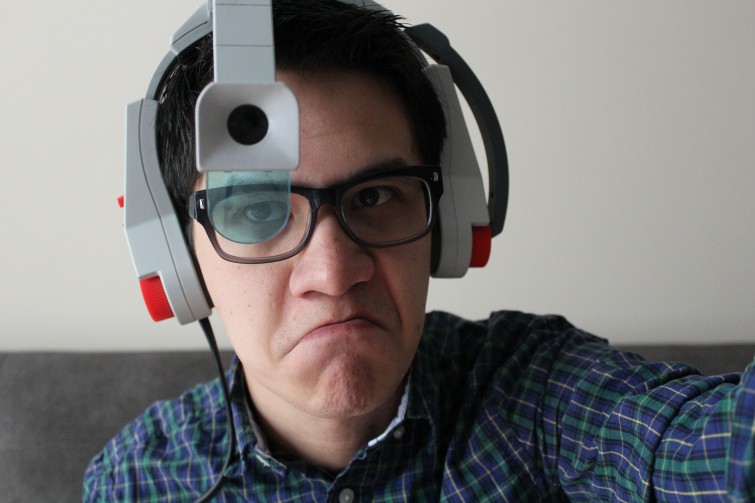 NES QUEST: My treasure hunt for every licensed Nintendo game

After a few years of collecting for about 30 different game collections, I found that it wasn’t very rewarding collecting aimlessly without a specific long-term goal. So it took me some time, but I’ve finally decided to go for a complete NES collection, due largely in part from the encouragement from some of my collector friends.

I’m extremely excited to finally commit to both the hunting down of these licensed NES cartridges and keeping up this new series on this blog. The thrill of the hunt has been my favorite part of collecting, next to actually playing the games. And I definitely think that I’m up to the challenge.

This quest will probably take me several years and a lot of money. So I’ll have to approach the hunt with a thoughtful strategy and careful budgeting– both of time and money.

In late 2011, complete NES collection (licensed games only) would cost about $8,814. But that was four years ago, and games have gone up considerably in that time, mostly because the popularity of retro game collecting has boomed as more of them network online.

LATE TO THE PARTY

Retro game collecting has gotten big over the years, and I definitely feel late to the party when it comes to pursuing a complete NES collection. But to be more accurate, I would say that I left the party and then came back.

I was a collector since I got my first game console when I was five and remained one until halfway through high school when I felt the social/financial pressure to give up the hobby and cash in. So I sold my entire collection. Then halfway through college, I decided that I missed it so I started collecting again.

For the past two years, I’ve been collecting for nearly 30 consoles ranging from the Intellivison, Odyseey 2 and Atari 2600 to the Wii U, 3DS and PS Vita. But while I had plans on primarily playing games that I wanted to play, it never felt as satisfying collecting without any end goals.

So I figured better late than never. And while I ideally should have tried to continue my collection from when I was a kid (I had more then than I do now), it’s nice to start with a fresh slate and a lot of new strategies for finding every cartridge.

I know it’s a stretch to expect to obtain the entire collection in five-years, but that’s what I’m aiming for. I’m hoping to have 40 percent my first year, 25 percent more my second year, 20 percent the next, 15 percent the next and then spend my final year on the last ten games that I know will be difficult to hunt down.

Of course, I would love to try my best to knock out the rarer games as soon as possible, and I definitely intend to keep my eyes peeled for those harder to find titles. But by the time I’m finishing up my final 20 games, chances are that certain games that I couldn’t have anticipated are the ones that are hardest to find. So modifying my approach constantly will be necessary.

I will say that I have worked hard over the past few years to stay up to date with the many retro game stores across the state of North Carolina. Several have popped up over the years and I’ve tried my best to keep track of which have quality items, fair prices and good trade policies. These game stores play a big role in my game plan.

I go to garage sales almost every Saturday. And while I used to find NES games constantly when I collected ten years ago, these days NES games come up once a month or so if I’m lucky. But what I do find a lot of Playstation 2, XBOX and Nintendo DS games. And I do a good job of accumulating big lot of quality games for dirt cheap prices. And because I generally get between 50 to 60 percent trade credit (sometimes more) for games at various used electronic and retro game stores across the state, it’s won’t be difficult for me to spend $40 on games that I don’t want and trade them at various stores for $200 worth of games that I do want.

And in addition to doing direct trades with other collectors, this will play a major role in finding every cartridge without spending the aforementioned $12,500. Ideally, I would like to pay less than $5,000. And because I’ll be working on several big personal projects over the next few years, I will not be able to dedicate huge spans of time to game hunting. But for a complete NES collection, I’m looking forward to putting in the time that I have to spare.

The NES wasn’t my first console, and it isn’t my favorite (my first console was an Atari 2600 and my favorite is the Super Nintendo). But it is the console that I feel the most nostalgic about and the one that laid the foundation for who I am as a gamer. Many of the game series that I love playing today got their start on the NES.

And as a collector, the NES is also the most satisfying console to collect for. I didn’t realize until I sat down to write this how difficult it is to describe why I love collecting for the NES so much. Every time I find an NES cartridge, it feels like I’ve found hidden treasure.

Probably the biggest reason why I collect for the NES is that it has the most fascinating culture of any other gaming console. From the shape of the boxey cartridges to the often ridiculous cover art, each cartridge has its own personality and its own history. And with over 700 games, it’s fascinating to see the classics that game developers were able to produce with the limited capabilities of the console.

NES QUEST will be a series that behaves much like an independent blog. Over the years, I plan on posting in this column anytime I find new cartridges for the collection or if there are any thoughts on the NES QUEST that I feel like sharing. So stay tuned!

For those who are curious, here are the 73 NES cartridges that I have so far: