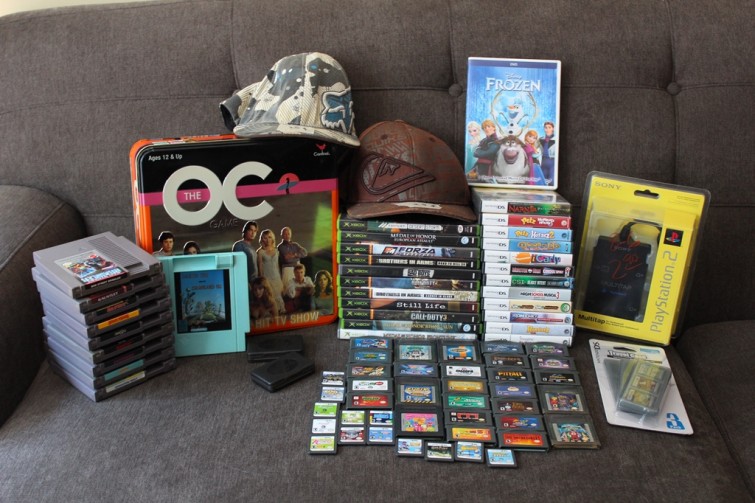 2714
By Barry Falls Jr
8 years ago
In Thrift Picks

Two weeks in a row I’ve had a lot of luck with a lot of great finds. Only this time, I was on oxycodone for much of the time. I had gotten my wisdom teeth removed the Friday morning and my mom took me to garage sales the next morning. Fortunately, I was able to keep a head clear enough to spot out a couple great finds.

Earlier that week, I visited two thrift stores, where I found a couple great items. I had just gotten paid after getting a raise. I had put aside all the money that I needed to pay for rent, savings and other necessary funds. So I had a solid $80 just for picking.

I ended up spending $55 total for the full week, which was only about $10 less than I spent the previous week. But I’d say the haul for the week was certainly comparable in terms of the value that I found. Here’s a breakdown of all of my finds: 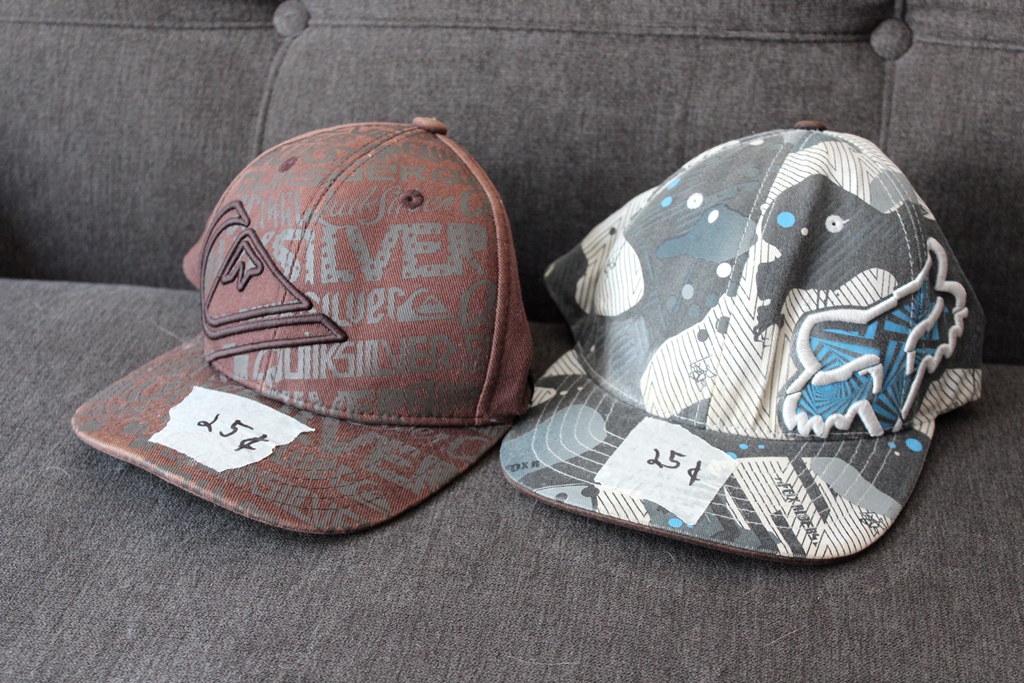 I’m not a big hat guy these days. But from what I hear from other pickers and resellers is that if you do your research, you can make a lot of money on the right snapbacks. It’s a trendy kind of merchandise. So I never really bothered learning what to look out for.

But these were 50 cents total, so I figured I’d go for it. Shipping should be pretty cheap because they’re so light. So I’m putting these up $15 buy it now on eBay. So hopefully it’ll sell. If not, I may give up on trying to sell snapbacks or just do my research more in the future. 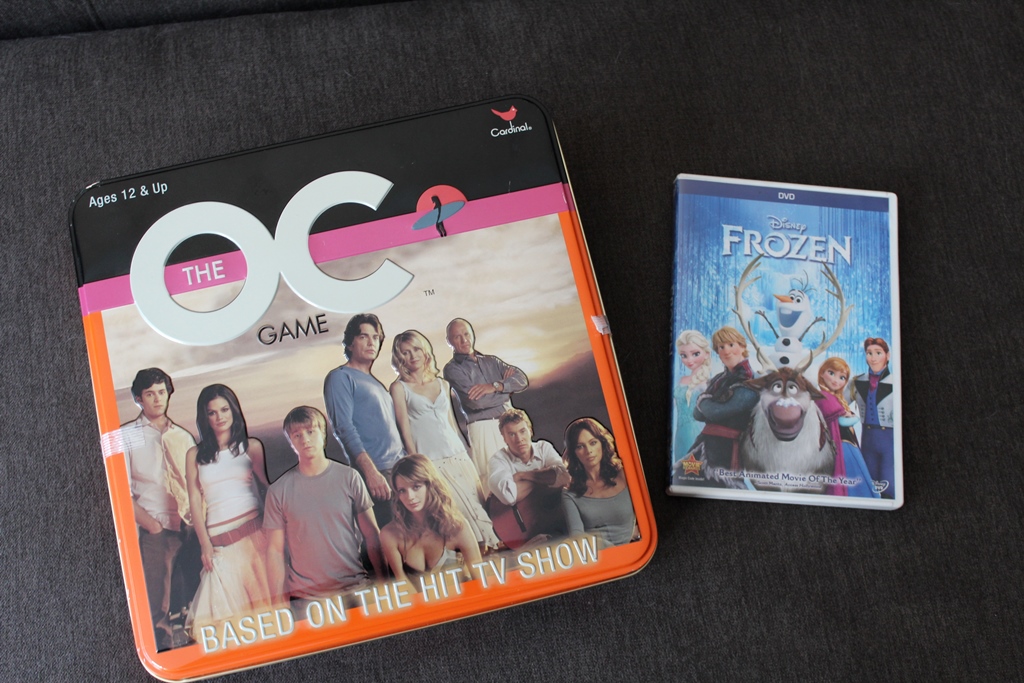 I don’t like the OC– at all really. But my fiancee loves it. And since this board game was complete in a cool tin box for a buck at a local thrift store, I had to pick it up for her. A lot of these small board games come in the same size tin box, so they’re stack on top of each other neatly. I think the same thrift store also had a Sopranos board game and a Sex in the City board game for the same price. But I passed on those.

I found Frozen for a buck at a yard sale. I couldn’t believe that this one was already at a yard sale since it just came out on DVD this year. It’s critically acclaimed and highly sought afters. So I’ll probably watch it before I sell it on eBay, probably with another girly Disney movie like The Little Mermaid. I should be able to get ten bucks out of Frozen. 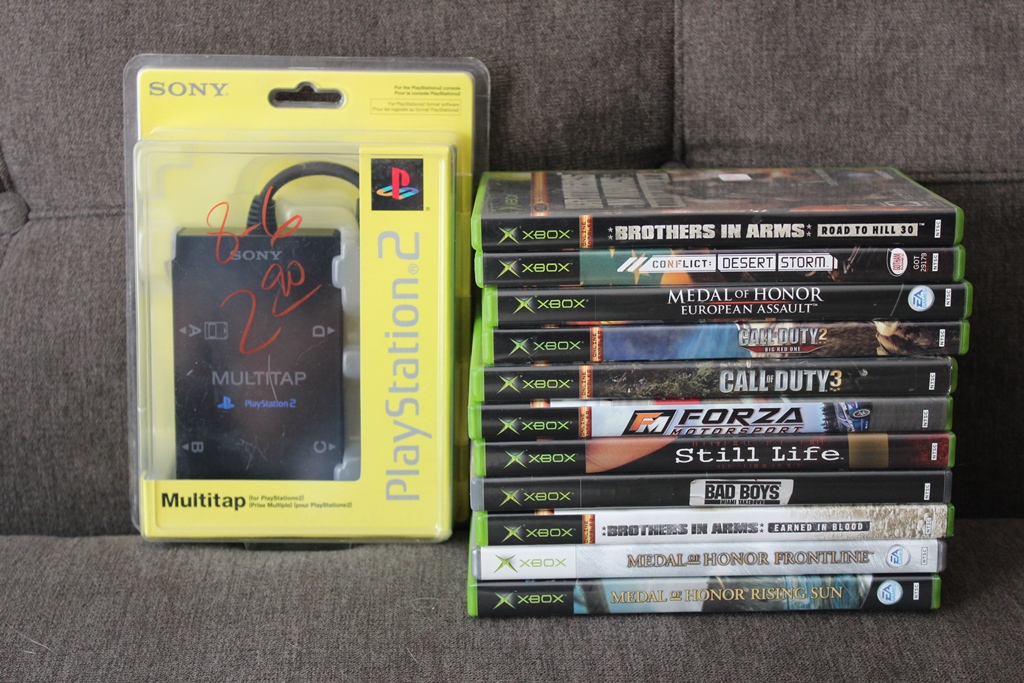 This find felt a lot like the last week’s big Playstation 2 haul. I found these 11 games at a yard sale with price tags of $2 and $3. I struck up a conversation with the two brothers at the sale, who said that they had most of the items at a antique booth that they no longer sell at. I figured, because most of their stuff was neat and organized. And most of them had higher price tags.

These games weren’t particularly valuable titles. So I asked him to cut me a deal if I bought all 11 games. He offered 10 and I accepted. I’m adding the Platinum Hits edition Medal of Honor and Call of Duty 2 (which I already owned) to my trade pile and added the rest to my collection.

The sealed PS2 Multitap was at a Value Village for $3. I love sealed video game accessories for some reason. So this will be a nice addition to my sealed PS2 controller collection. Once I have a full-size game room, it’ll be nice to have these display on their own shelf. 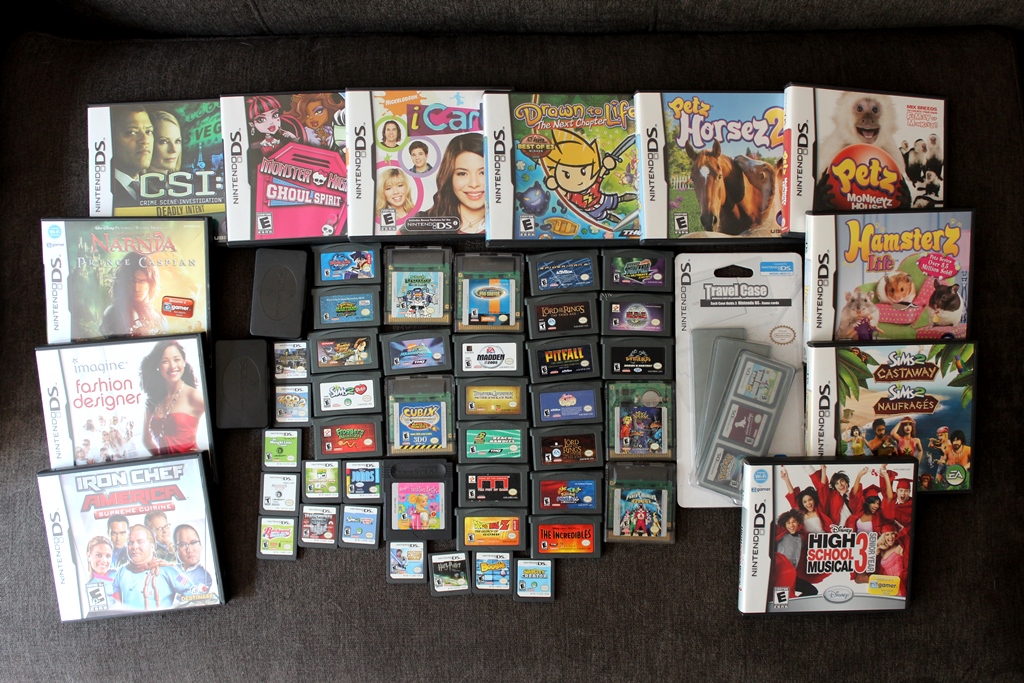 This lot was one of my best of the day. But it also took the most time and effort. I knew another picker had been through this community yard sale, because I stopped by several yard sales with only Madden games left. And when I asked them if they had more games, they said that someone had already picked them as soon as the sale started.

I have a lot of competition in my area, which only makes me step up my game. The real problem was that this seller was rude and wanted to charge more for each game simply because she paid a lot for them when they came out. But of course certain games definitely don’t retain their value well. She wanted $5 per game.

I asked her if she’d give me a deal if I bought them all. She said $50, but I noticed that most of the game cases were empty. So I spent five minutes opening each case, trying to match the cartridges with their cases. Then I set 12 empty cases and a GBA and SP that were in terrible condition to the side and asked for $40 for the rest of the loose carts and game cases that actually had games in them. She accepted.

I didn’t think much of the purchase at the time, because none of the games really seemed valuable. But after I laid out all of the games to take this picture, the sheer quantity of the haul made it stand out among the other picks of the week. And after I analyzed all of them when I got home, few of them seemed worth adding to my collection. So most will be traded over the next few weeks. 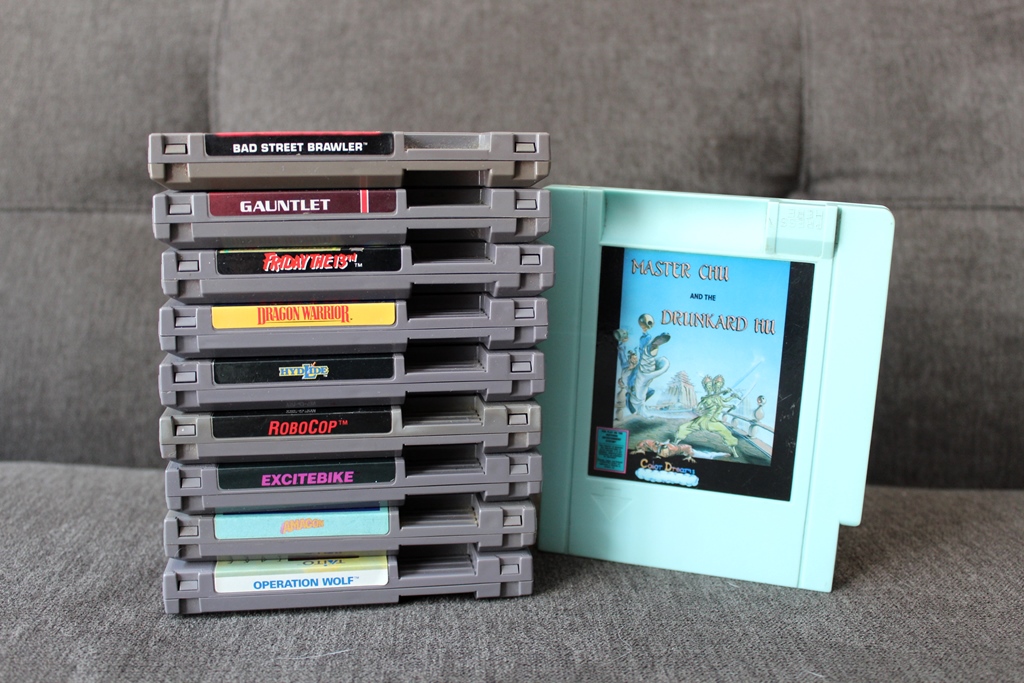 Earlier in the week, I traded in a couple bags full of games at a local used electronics store for store credit. Most of the games were either doubles of games I already had or Player’s Choice/ Greatest Hits editions of games, which I do not generally collect.

The total credit added up to a little over $100. And the reason why I’m including the games that I purchased from the credit to this list is because all of the games that I traded came from the thrift store and garage sale hauls from earlier this year. I walked into the used electronics store with it already made up in my mind that I was going to use the credit to buy NES games.

I scouted out the NES games that I didn’t have and were in great condition and spent about half of my credit from the trade. I wanted to save the rest for the next time I visited the store in case I could find a more expensive NES game to scratch off my list.

The rarest game from this haul was Master Chu and the Drunkard Hu, which was not officially licensed by Nintendo. It’s a barely playable title– one of the worst NES games and one of the rarest games in my NES collection. It’s not particularly valuable at the time of purchase, about $25. These games put my NES collection up to 73 games, which is roughly about 9 percent of the games that I’m hoping to eventually own.

BETWEEN THE GROOVES: AC/DC’s “Highway to Hell”


NES QUEST: My treasure hunt for every licensed Nintendo game