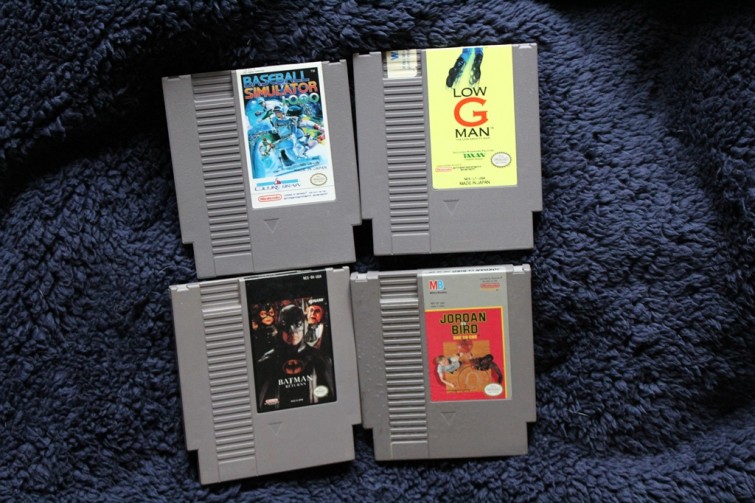 It was a few weeks after my eight-cartridge haul on my vacation, so I headed to The Grid for my second NES-hunting trip there. The Grid generally sells games at or a little below market value. I usually try to find games cheaper. But this week I had been really good with money management, so a had a little bit of spare cash to pick up these for about $20:

Baseball Simulator 1.000
Batman Returns
Low G Man
Jordan vs Bird One on One

There isn’t too much to say about this haul. The Batman cartridge was cool to pick up as I enjoyed Batman Returns the film, even though I hear this game isn’t exactly a classic. Two sports games were nice to get out of the way. Low G Man is a sci-fi themed action platformer that I haven’t hear much about. So it’ll fun to pop that one in.

This haul brings my collection from 193 to 197 NES games. I’m excited to finally hit that 200 mark. For the rest of the entries of NES Quest, check them out right here on Retro Chronicle.


Collecting tip #10: Basics of trading with other collectors