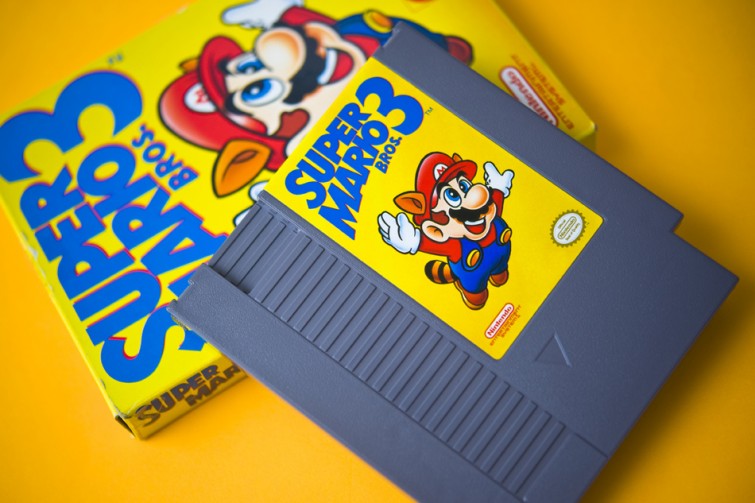 NES QUEST pt.3: Why my NES collection will stay cartridge only

Like many retro game collectors, I’m driven by nostalgia. I love reliving some of my favorite childhood memories, as well as checking out some of the other awesome games that I missed out on as a kid. Many of these little grey, boxy cartridge represents some of the best memories of my childhood. So the primary reason NES box collecting has never interested me might be because I never had NES boxes when I was a kid.

At the around the age when I played the NES most, the Nintendo 64 had just come out. Because my family wasn’t particularly well off nor was expanding my video game collection a big priority, all of my games were purchased cheaply at garage sales. My NES console and all of my initial ten games were most likely purchased for about $10, and none of the games included boxes or manuals.

I have several collector friends who are always searching for NES boxes. And based on our conversations, they similarly want to find old NES boxes because it reminds them of the time they went to the store to buy games and open the packaging– something that I never experienced until I got an Nintendo 64 years later.

So my sentimentality for NES consoles will always pertain strictly to the cartridges. That’s the main reason I don’t collect NES boxes, but there are several other reasons. Mind you, this is purely my own personal preference.

One big reason is that I really don’t think the boxes are nearly as interesting to look at as the cartridges. There are certainly a lot of really awesome NES box art. But when it boils down to which I prefer looking at on a shelf, cartridges always win.

Another big reason is that, in my opinion, the boxes’ market value is a lot higher than I feel they’re worth. So if I have an NES box that I could easily trade to a collector friend for a cartridge that I don’t have, the choice is easy. And I do this virtually every time that I find a boxed NES game.

And finally, NES boxes are fragile, which shouldn’t be surprising considering they’re made of 25-year-old cardboard. The elements can really take a toll on your boxes unless they’re all in protective boxes. Because I’m constantly moving, the possibility of damaging the boxes is much higher.

These are all of my primarily reasons for why I don’t collect. The purpose of this post was not to sway you in one direction or the other. Again, it all boils down to personal preference. As I progress in this series, I’m going to try to write these quick posts to rationalize my collecting strategy. Because the sooner you develop an effective strategy, regardless of the objective, the more equipped you’ll be to reach your goals.

Featured photo by Cesar Altamirano. For the rest of the entries of NES Quest, check them out right here on Retro Chronicle.