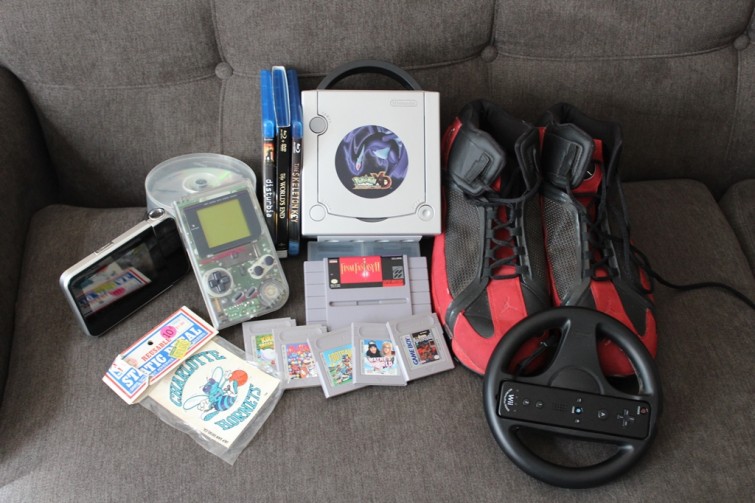 3418
By Barry Falls Jr
8 years ago
In Thrift Picks

This week was a bit of a mixed bunch. I stopped at about 15 garage sales– mostly duds, as well as one flea market and a couple thrift stores. I spent probably 3 hours picking total and spent about $55. Variety was good this time around. And although I didn’t find any extraordinarily great deals, one item did stand out.

What I’ve been looking for most recently is NES games. But I almost never find those in the wild for decent prices. In fact, I’ve only found NES games about five times this entire year. This week was not one of them.

I have begun focusing more of my time trying to earn, save and invest more money for my and my fiancee’s future. So I’ve decided to limit my picking to Saturday morning before work and to no more than $100 per week. Despite those limitations, this is what I found this week: 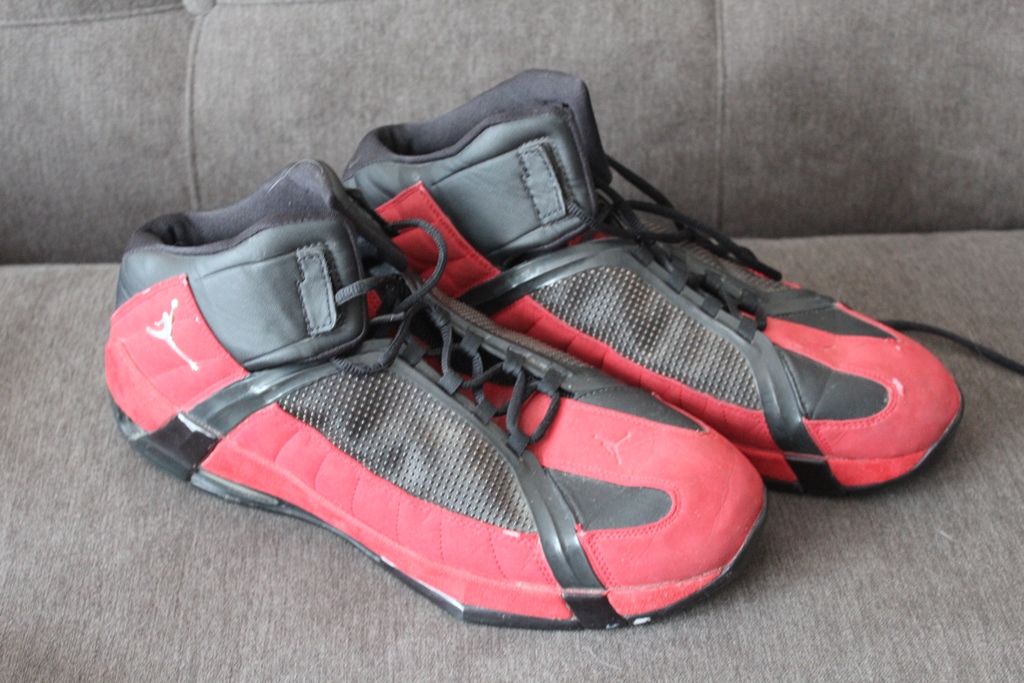 Based on what I’ve read from resellers all over the web, trying to find cheap Air Jordans at Goodwill stores can yield big resell profits. Retro-style Jordans especially have been known to bring in big profits. However, I have always shied away from this trend due to not knowing enough about the product.

But I saw these for $10 and figured why not. They’re size 15 Solidify shoes that came out in 2004. As far as I know, these aren’t super wanted, so I took a gamble on these. I’ll list them soon and see how much they go for.

UPDATE: I ended up listing these on eBay. The sold for only about $20, so I ended up loosing money on the deal. Will definitely have to do more research next time. 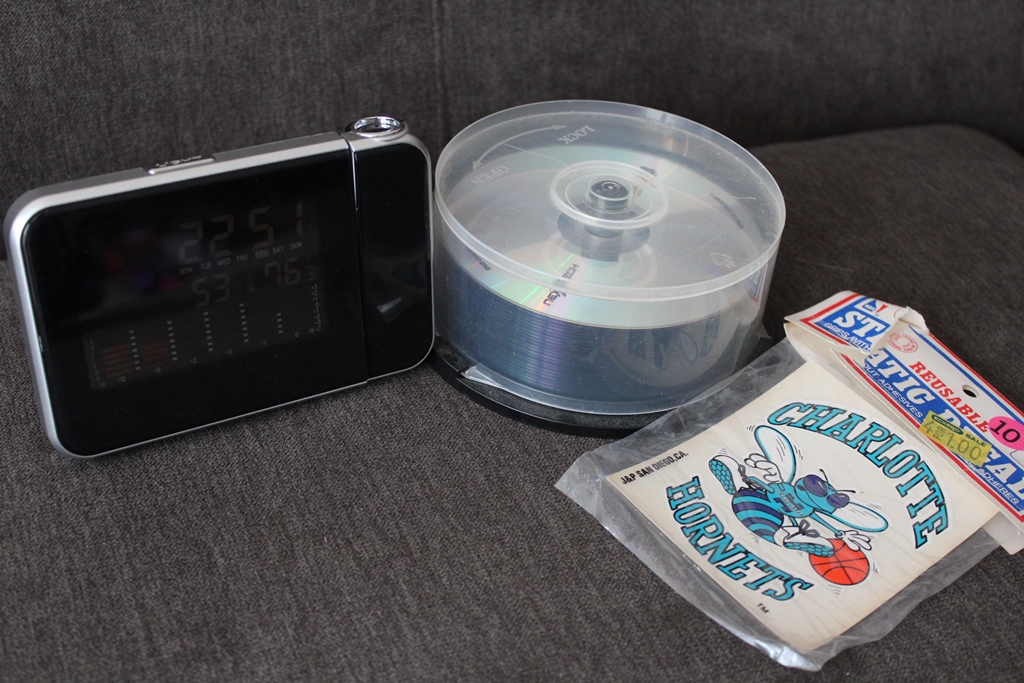 The blank DVDs were 50 cents and I’m using them to restore my desktop PC to factory condition, before I donate it to a family of refugees that my mom volunteers with. I’ve had a great HP desktop PC since high school, but I haven’t used it for years since I do all of my college work on my laptop. So it’ll be good to get it out of my apartment and into the hands of someone who needs it.

The thermometer was 25 cents. It is really high tech, so I may try to get about 10 bucks out of it on eBay. And the Charlotte Hornets decal (10 cents) will probably be going on my laptop. 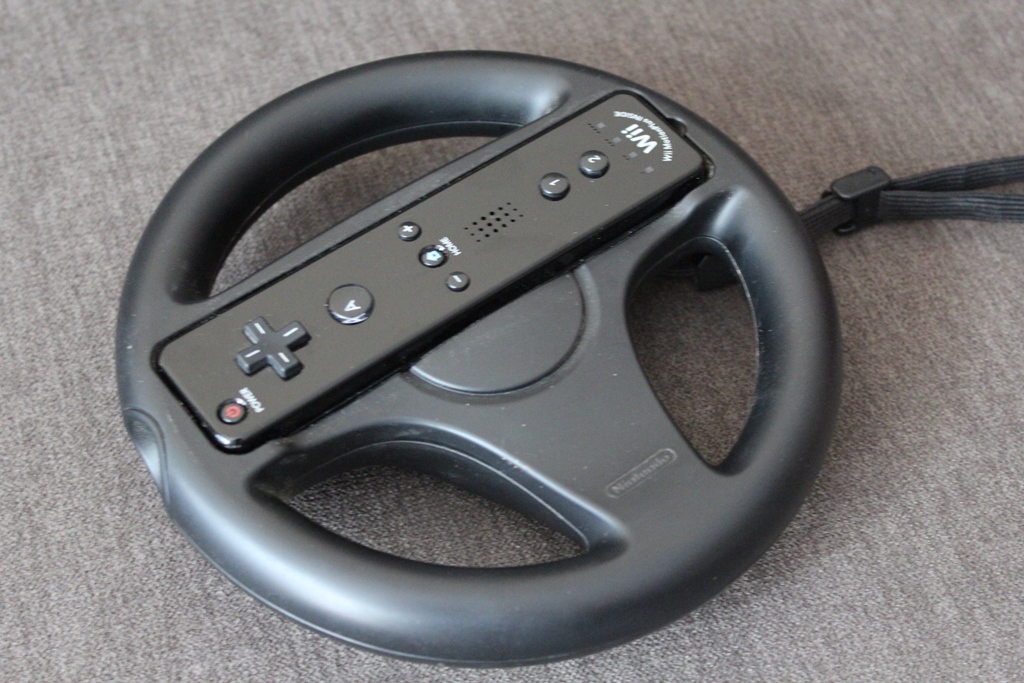 This was my first garage sale find of the day. This remote was sitting in a Wii tower, one of those standing shelves that are used to hold Wii games, remotes and Guitar Hero guitars. The only thing on the tower was this Wii remote, the wheel and four remote protectors. The price on the tower was $20, which suggested that there were originally probably more items on it and some of it was already picked.

I asked the seller if he had any video games to go along with it, and he said that they were probably already sold but that he’d give the rest to me for $7. So I picked up the controller and wheel and asked $3 for them and he accepted. 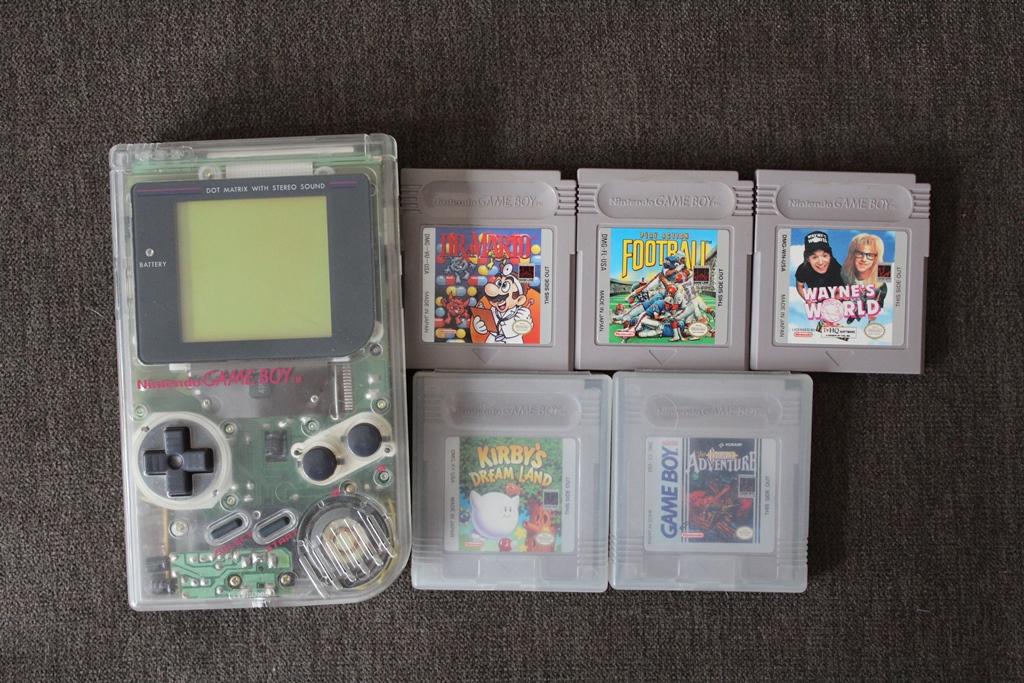 This was the best find of the week for me. I remember five or six years ago, I used to always find loose Game Boy games out at yard sales. Now I find them maybe once every month or so if I’m lucky. So any time I find Game Boy games, which was my first handheld game console, it’s always a treat.

On top of that, the clear Game Boy was a needed addition to my Game Boy collection. I currently have every Game Boy Pockets released in the U.S. and all Game Boy Colors except the Tommy Hilfiger edition. I already had the standard original Game Boy, so now I’m on the lookout for the black, green, red and yellow variants.

All of these games were pretty standard. And I had all of them already, so they will be added to my trade pile, where I’ll try to trade them for some NES titles that I don’t have. 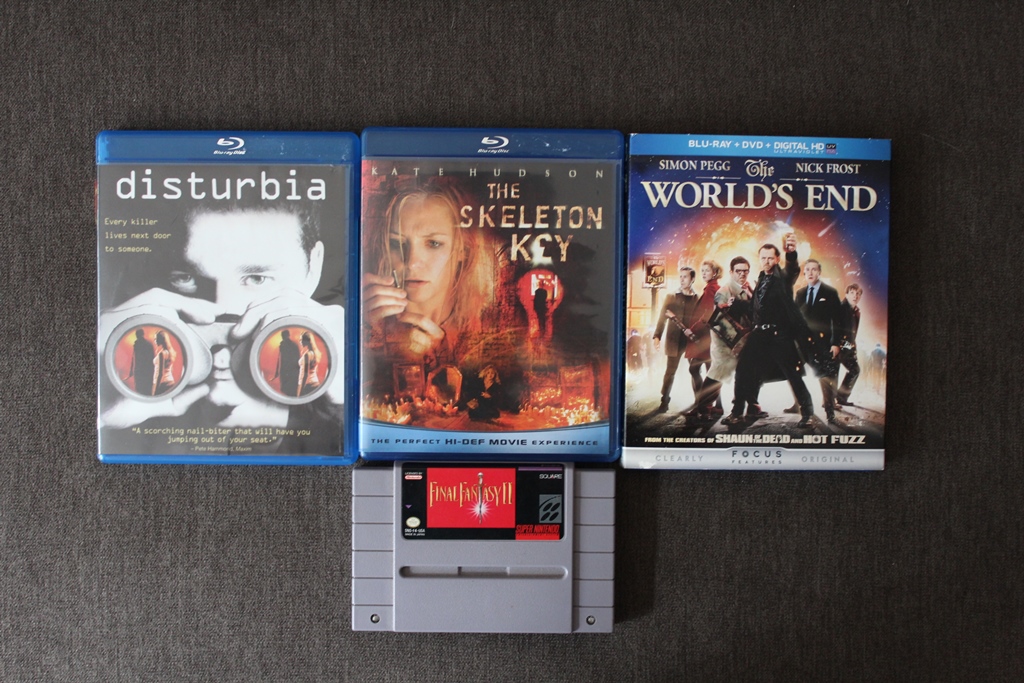 The reason why I included these four items is because I traded some of the games and movies I found in previous entries of this series to purchase them at a North Carolina used electronics store.

Although I’m concentrating on NES now, I am always on the lookout for great SNES RPGs that I don’t have. I think the SNES might be my favorite game console, and the RPGs play a big role in that. Somehow I didn’t already have Final Fantasy II nor have I ever played it. So I’m super excited about popping this in. As I’ve mentioned before, my fiance and I are big horror movie fans. So The Skeleton Key and Disturbia are welcomed additions to the collection.

The World’s End is also a fantastic film. Two or so years ago, when Mission Impossible 4 and The Adventures of Tintin were about to come out, and I was working with my college newspaper, I was able to interview Simon Pegg in a conference call over the phone. While I was supposed to stick to questions about those two films for promotional reasons, I had to ask him about the final film in the Three Flavours Cornetto trilogy, following Shaun of the Dead and Hot Fuzz. He only told me that it was an apocalyptic film about friends doing a bar crawl.

Simon Pegg, who wrote and stars in the film, has an incredible way of adding these really intimate, human elements into really absurd films. While the movie is about friends trying to complete a bar crawl during an apocalypse, it’s also about the homogeneous nature of small businesses, growing up (or failing to grow up) from who you were as a teenager and feeling isolated from your hometown. Anyways, you should watch it. 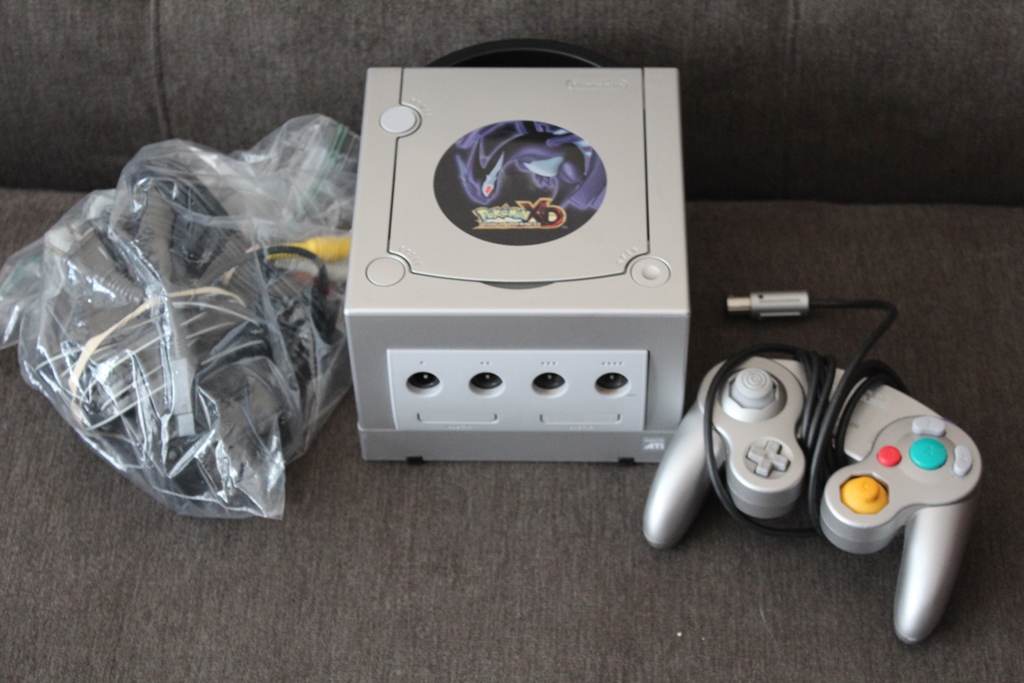 About a year ago, I found a Pokemon-edition Gamecube just like this one with the Pokemon: Gale of Darkness emblem on the top instead of the GameCube logo. It was $40 then. And as far as I know, it’s the only special edition Gamecube console that was released in the U.S.

So when I saw it for $50 at the flea market, I figured it was a great find and that surely it would have been more valued not that the Gamecube is seen as more retro than years before. I asked if the seller would take $40 for it. She agreed.

But the console seems to be worth $35-40. So maybe it wasn’t really worth the trouble. I see it going up in value in the future, but I’m not sure by how much.


NES QUEST pt.3: Why my NES collection will stay cartridge only