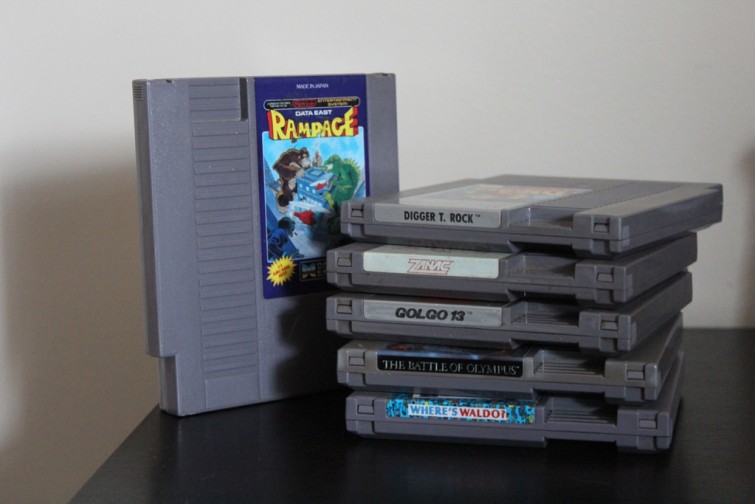 It was a pretty casual weekend. I was productive all week and was all caught up on all of my projects that I was working on. I even did well on making my own lunch and dinner most days too, so I had a little extra cash in my pocket. So I decided to stop by my local game store.

I was a little concerned that this far into NES collecting, it would start to feel like more of a chore than a hobby. But it’s more enjoyable than ever. I think I’m at that sweet spot of NES collecting where I have most of the filler common games, but I don’t have so many that it’s impossible to find games that I don’t have.

This trip was short but sweet. I walked into a game store a few towns away from me that I happened to be running an errand in. And I went straight for the NES games. I don’t mind buying games from eBay, but sometimes it seems like some sellers are getting worse at packaging their games. So many of mine have gotten damaged in the past. I have never purchased an NES game from eBay, but later down the road, I’m sure I’ll have to. I’ve decided though that I won’t buy any online until my third year into collecting.

Rampage is the game that I was most excited about adding. When I started collecting NES again, this was one that I wanted the most. I remember loving one of the N64 titles, but I know the NES one is a lot more repetitive. It was an arcade game in 1986 before being ported to over 15 home consoles.

I’m not sure if I just don’t remember these games or if there are just a lot more NES games that I have never heard of before, but I don’t remember playing: Digger T Rock, Zanac, Golgo 13 Top Secret Episode or Battle of Olympus. I’m not sure if any are really worth playing from what I’ve heard. If there is a game from those four that I should play, drop me a line in the comment section.

I remember playing Where’s Waldo in its paper form whenever I went to the dentist as a kid. My only recollection of the NES game was from the Angry Video Game Nerd‘s Christmas episode:

This haul brings my collection from 275 to 281 NES games. For the rest of the entries of NES Quest, check them out right here on Retro Chronicle.