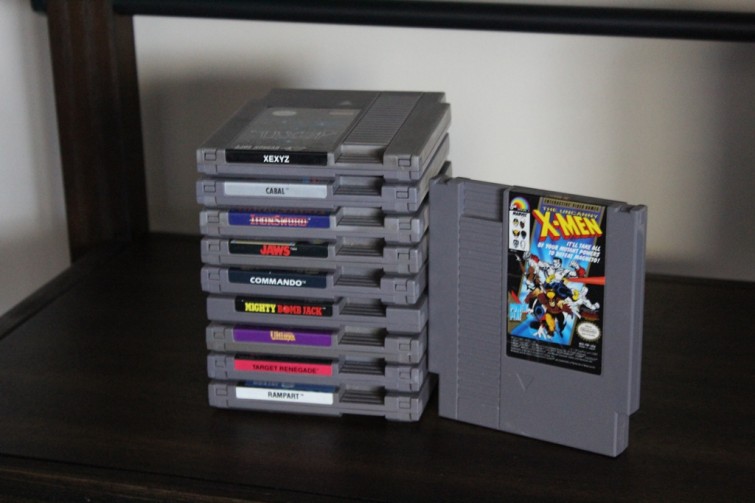 I’m making progress slowly but steadily. This week I headed to a local used media store that sells books, movies, CDs, vinyl, board games, toys, card games and retro video games. That’s where I picked up ten new cartridges by trading some games that I had in my trade pile. I had never purchased any NES games from this store before. But a week prior, I noticed that they had both a decent number of cartridges that I didn’t have, fair prices and a great trade policy.

I discuss strategy a lot  in this series, because that’s mostly what the NES Quest is about– finding ways to use my limited time and resources to complete an NES collection. With even a slightly larger collecting fund, the NES Quest would be a lot easier but also a lot less challenging and fun. The thrill of the hunt has been the biggest appeal to me as an NES collector, perhaps even more than playing the games.

In order to stick to my collecting goals, I constantly have to look in new places to for NES games. Years ago, I would be able to buy NES games rather consistently at garage sales and flea markets. But as more people begin selling online, it’s gotten harder to find NES games in the wild. I’m definitely more than fine with that, because I love a challenge.

I noticed that this particularly store sells their Pokemon games a good bit over market value, perhaps due to the high population of twenty-somethings in the area which raises the demand. So I made sure I brought my copy of Pokemon Sapphire that I picked up the week before. As I had expected, I received a lot of store credit for that game and a handful of Wii games– about $40 in credit total.

So I spent it all on 10 licensed NES cartridges to add to my collection. The games include:

This haul brings my collection from 128 to 138 loose NES games. For the rest of the entries of NES Quest, check them out right here on Retro Chronicle.