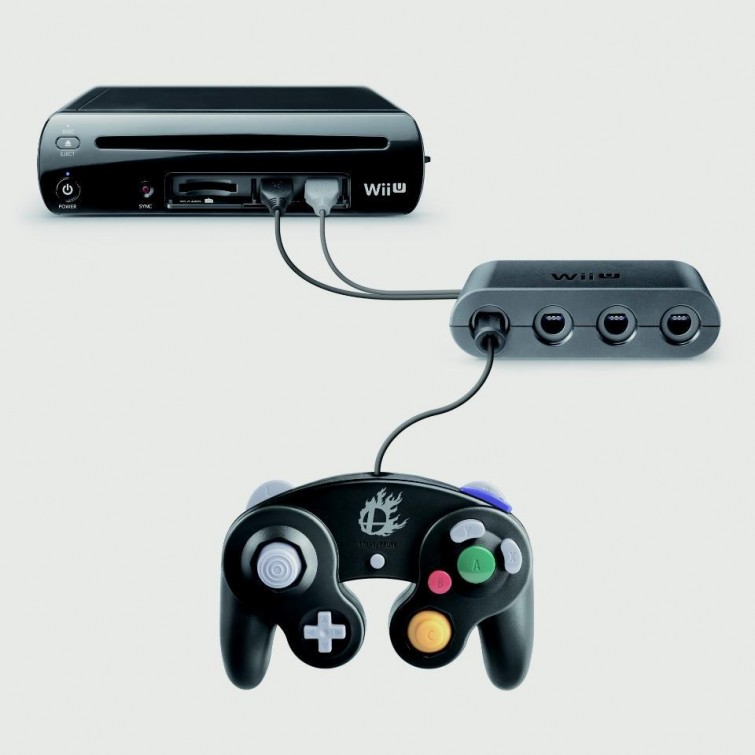 Today, Nintendo announced a new tournament in two weeks at E3 for the upcoming Super Smash Bros. But perhaps the bigger news was that Super Smash Bros. for Wii U will be playable with Nintendo GameCube controllers, the adapter, which Nintendo revealed on Twitter.

The peripheral is currently called simply “The Gamecube Controller Adapter” and looks notably similar to the Turbo Grafx multitap.

Judging by the picture above, the peripheral connects to the console through its front two USB ports. It will allow users to plug in four Gamecube controllers at a time. The one pictured above appears to be a special Super Smash Bros edition controller. According to Polygon, it will launch a new controller inspired by the GameCube controller, hopefully the one pictured above. So it may include a technical upgrade from the original 13-year-old controller.

Some are disappointed that the new controller seems to be wired. But Nintendo seems to once again be capitalizing on the nostalgia of its fanbase. While the Gamecube controller was arguably one of the best controllers ever released for a Nintendo system, it did have its flaws, such as an A button that was too large, deep R and L triggers and only one Z button.

Nintendo has not released further information about the peripheral including:

Time will tell. I am definitely excited about the news! Check out the announcement and all the details about the Super Smash Bros invitational right here: