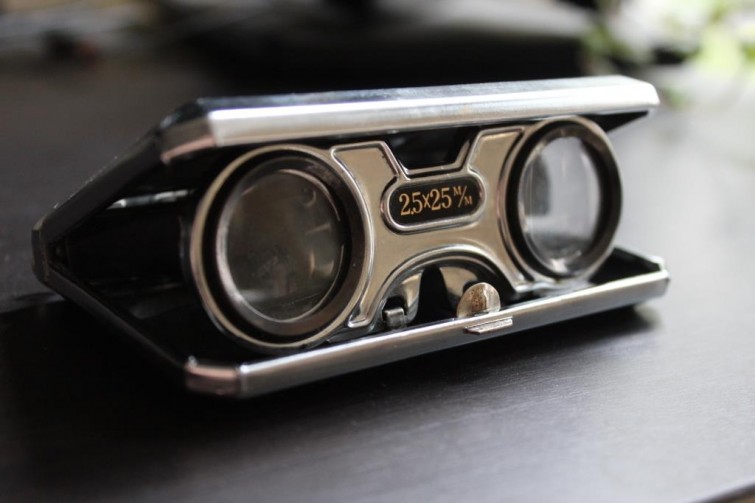 Last week, I mentioned that I found one unique piece while picking at yard sales that I thought was worth of its own post. That item was this vintage pair of opera glasses, which I found a yard sale for 25 cents.

Opera glasses, also known as theater binoculars, are compact, low-power optical magnification devices, usually used at performance events, whose name is derived from traditional use at opera performances. Many opera glasses are ornamental as they are frequently considered high-class accessories. This one, however, is very basic.

This one is a K-Mart brand set, made in Japan with 2.5 x 25 m/m specs. Opera patrons typically use the 3x magnification setting at the theater to minimize image shake and maintain a large enough field of view. Mine is also able to be folded up in to a more portable case, about the size of a pack of Altoids mints.

Interestingly, super store chains like Walmart still sell old-fashion opera glasses for Broadway attendees. Most sell in the range of $30 to $50. Many of the antique ornamental opera glasses with the higher-end brands tend to sell for up to about $70 with the case. The more desired opera glasses tend to be French with a unique design. 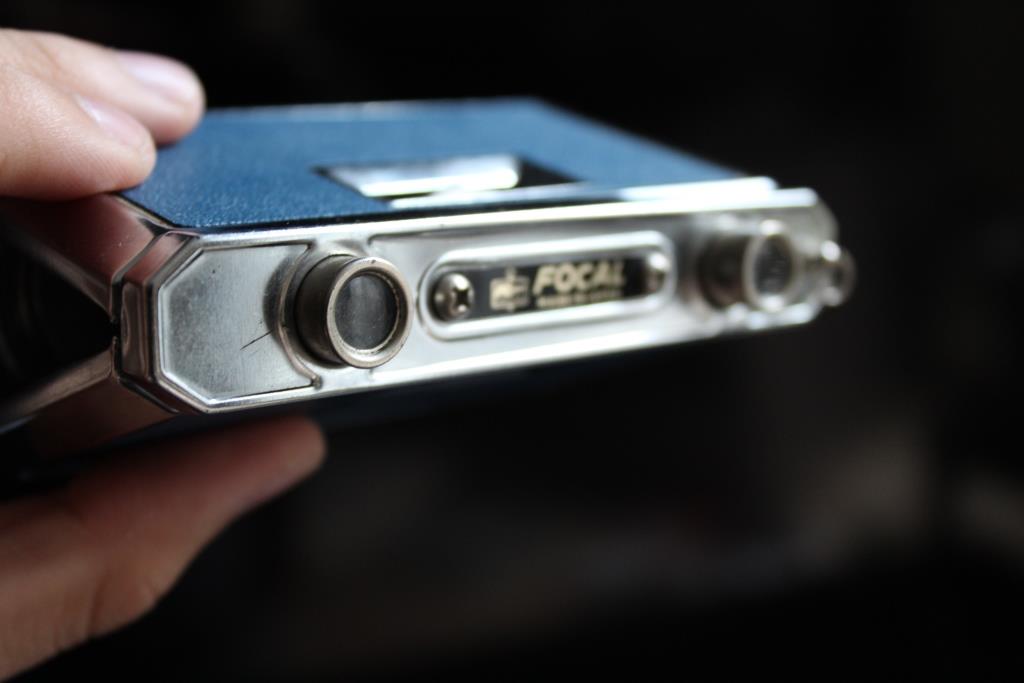