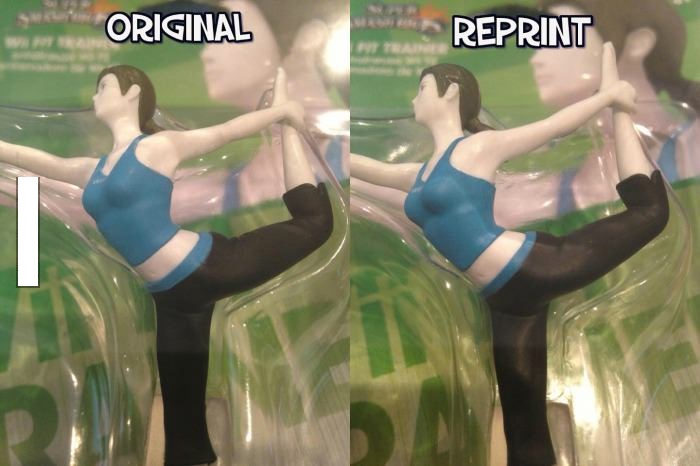 Alright, in all seriousness, the shape of the Wii Fit Trainer amiibo reprint hasn’t actually been altered. Nintendo simply added more shading to the figure to give it some more detail. But at first glance, it does seem as though the gaming company put a little bit more attention in certain areas more than others.

After the original wave of Wii Fit Trainer amiibo sold out, it became a big collector’s item among Nintendo fans. Since then, Nintendo produced more and released them slowly to various retailers. Enough have been flowing into Amazon to make the price drop slowly– closer to the retail price.