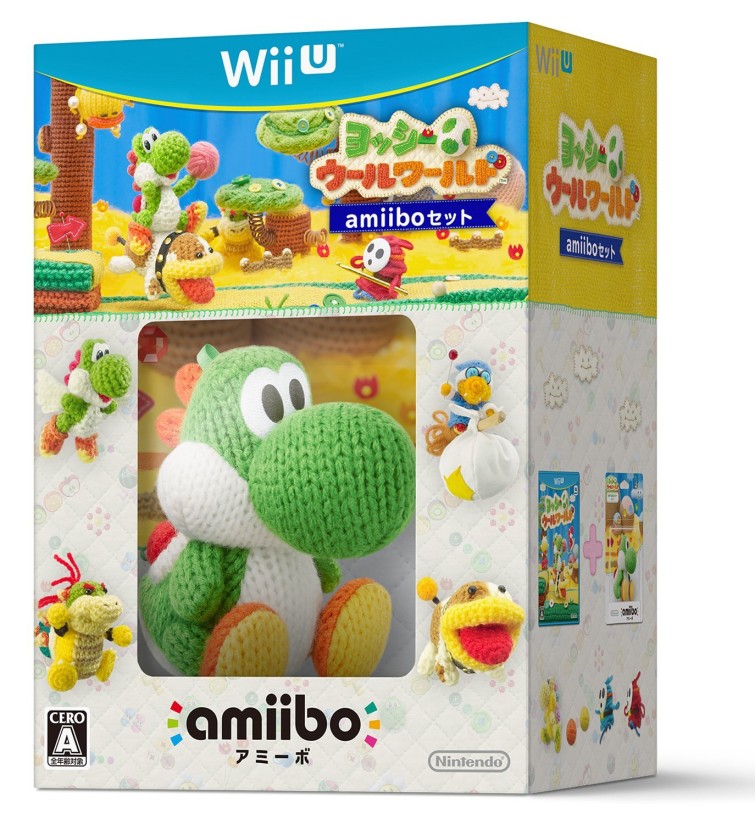 In line with Nintendo’s recent line of Wii U games bundled with a compatible amiibo, it seems Yoshi’s Woolly World will be getting a similar bundled treatment. An image of the official U.S. packaging hasn’t been released yet, but Amazon has a listing page available now. And it might be safe to assume that the U.S. will get a similar bundle as Japan (theirs is featured above).

Yoshi’s Woolly World is an upcoming platform game for the Nintendo Wii U in which the player assumes the role of Yoshi. Similar to developer Good-Feel’s Kirby’s Epic Yarn, the game is set in a world where the characters and environment are composed of yarn and cloth. Yoshi retains much of his moveset from the Yoshi’s Island series of games. There will be a lot of interesting amiibo compatibility in the game as well, although they will not be required.

The Yoshi’s Woolly World bundle will likely be similar to the Mario Party 10 bundle, which featured a standard Super Mario amiibo and the game. Japan and other regions seem to be getting just the standard green yarn Yoshi with their bundle. Most likely, all other regions will receive something similar.