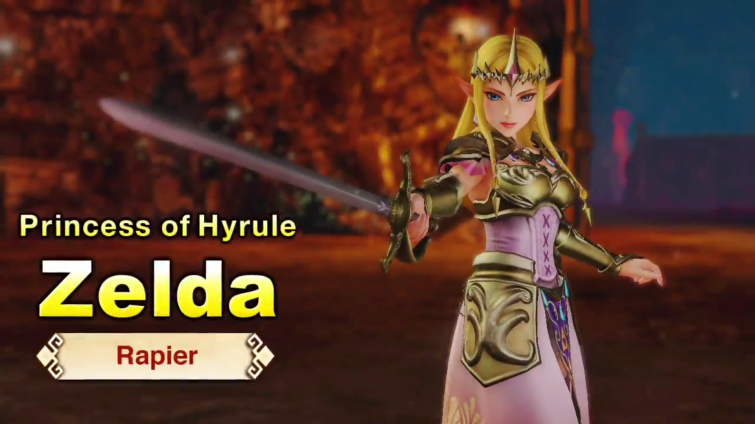 Hyrule Warriors, which was announced on December 18, 2013 in a Nintendo Direct, is an upcoming hack and slash action video game developed by Omega Force and Team Ninja for the Wii U. The spin-off will bring the Dynasty Warrior formula to the world of the Legend of Zelda.

The game is set in Hyrule, and stars a new incarnation of series protagonist Link as a Hylian soldier-in-training. Zelda is kidnapped by a witch named Cia. Formerly the protector of the Triforce, Cia, a good person at heart, becomes corrupted when she falls in love with Link and grows jealous of Zelda’s familiarity with him. Sending out her subordinates Wizro and Valga, she wages war against Hyrule and prompts Link to restore balance to the land.

This will be the second time Nintendo has allowed Link to be playable in a title not in the Legend of Zelda canon after the 2002 Gamecube game Soulcalibur II.

Hyrule Warriors will come out on August 14, 2014 in Japan and in September everywhere else. Check out all four trailers right here: