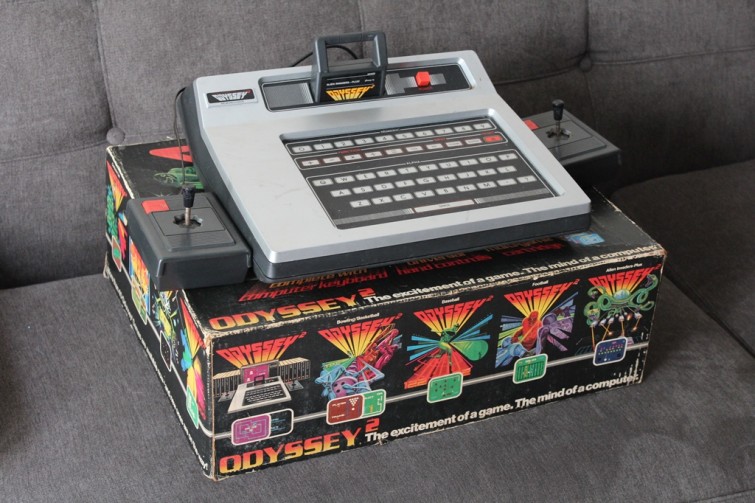 1455
By Barry Falls Jr
6 years ago
In Thrift Picks

This yard sale haul is a bit different from previous installments in my yard sale haul series in that I didn’t purchase anything below. In fact, everything in this post was a gift from an acquaintance who went out picking this week and found all of these games for me.

Usually I talk about how I acquired these games, but with this post I’ll just talk about each item and why I’m excited to add it to my collection. Everything here was found from the same yard sale from a seller who was just getting rid of a ton of old games and electronics. So all of this was dirt cheap.

So here’s what I found vicariously through another: 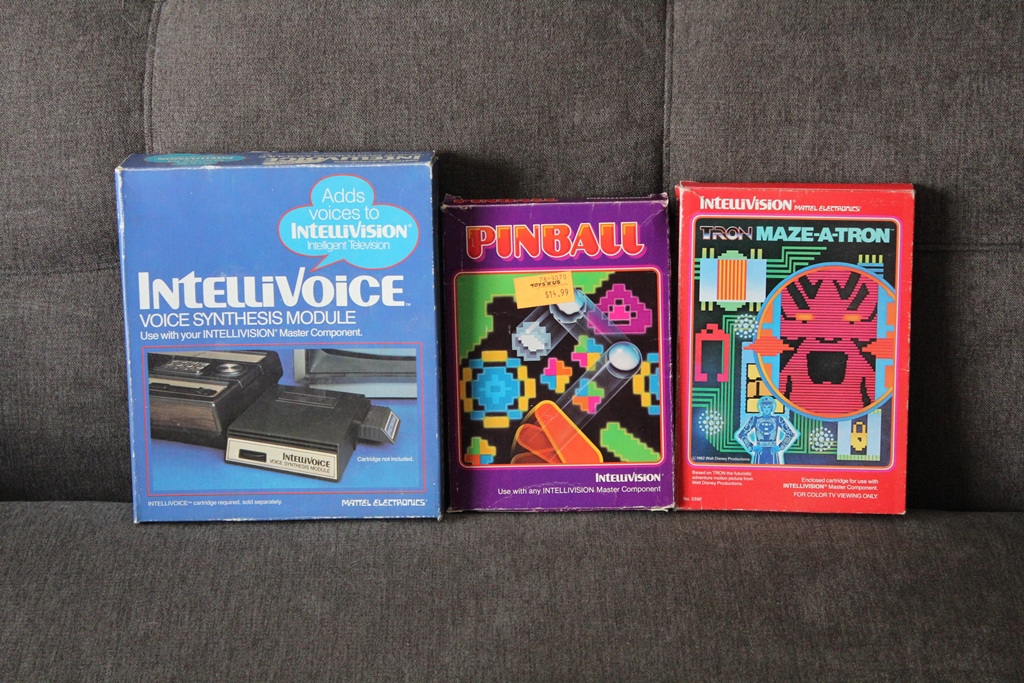 The Intellivoice, a voice synthesis device which produces speech when used with certain games, was released by Mattel in 1982. The Intellivoice was original in two respects: not only was this capability unique to the Intellivision system at the time, but the speech-supporting games written for Intellivoice actually made the speech an integral part of the gameplay.

The boxed copies of Pinball and Maze-a-tron were welcomed editions to my modest Intellivision collection, which is now up to about twenty games. What wasn’t pictured here was a third boxed game called “Stadium Mud Buggies,” which is valued at about $400. But since it was a gift, I’ll be selling it and giving the money back to the person who gave it to me.

The boxed Intellevision Voice Synthesis Module is valued at about $17 and the games are each worth about $8. If you’re interested in learning a little more about Intellivision, I added a video at the end of this piece from the always hilarious Angry Video Game Nerd.

God of War III and Scribblenauts 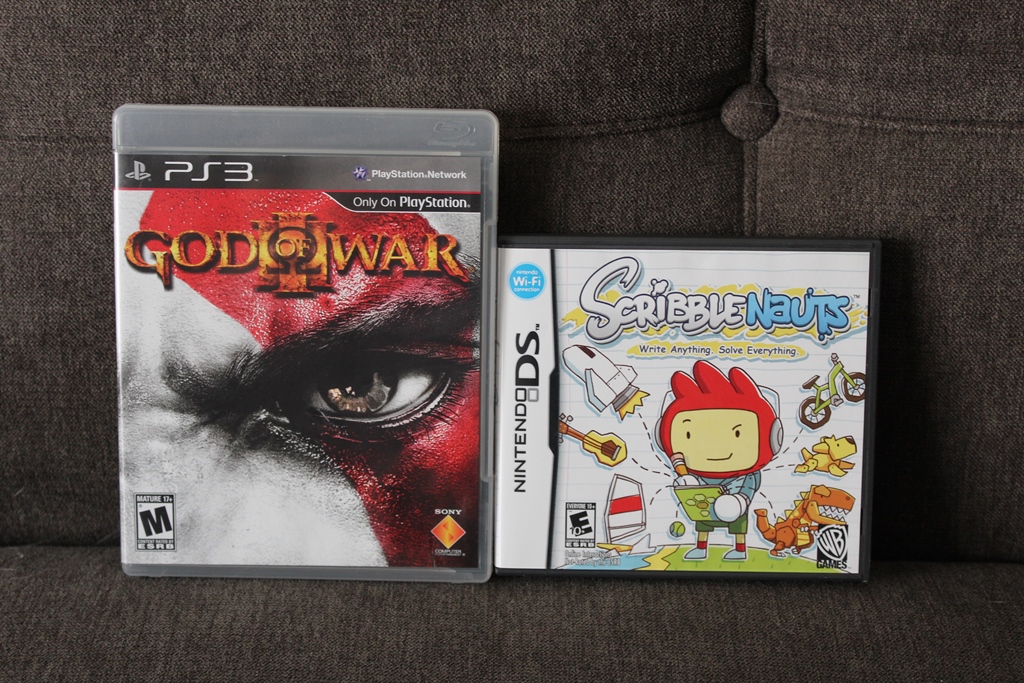 The two more modern games were welcomed additions to my collection. I’m planning on keeping both my DS and PS3 collection relatively slim, at most 100 games. I have most of the must-have DS games, but there are so many other great games that I won’t actively look out for, but I’ll pick them up if the price is right. And the same goes for the PS3.

Both games have received favorable reviews. Scribblenauts probably won’t be played too much, but I hope to get around to God of War III later this year. These two games will make my 17th PS3 game and my 38th DS game. These are worth about $12 total. 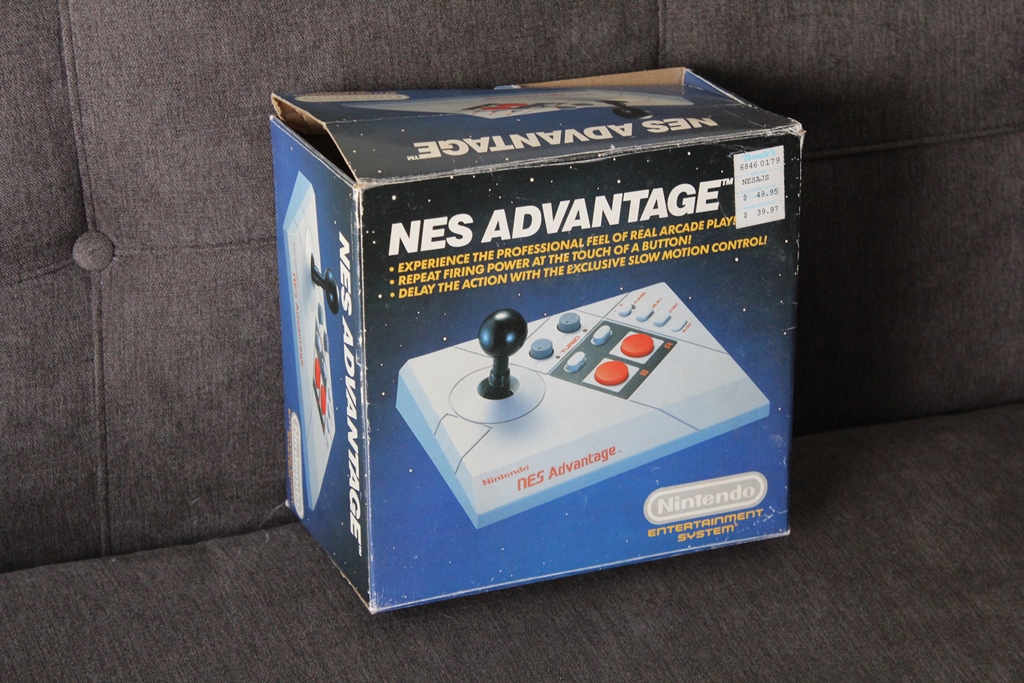 This one is box only, but I’ve wanted it for a long time. And I already have a couple NES Avantage controllers because they’re awesome. The box isn’t in the best condition, but it includes the manual.

The NES console has a ton of really interesting accessories. Currently, I only have a boxed Konami Laser Scope, which is awesome but barely functional. At the top of the list of boxed NES accessories wanted list are: Nintendo Four Score, Power Glove and the NES MAX. 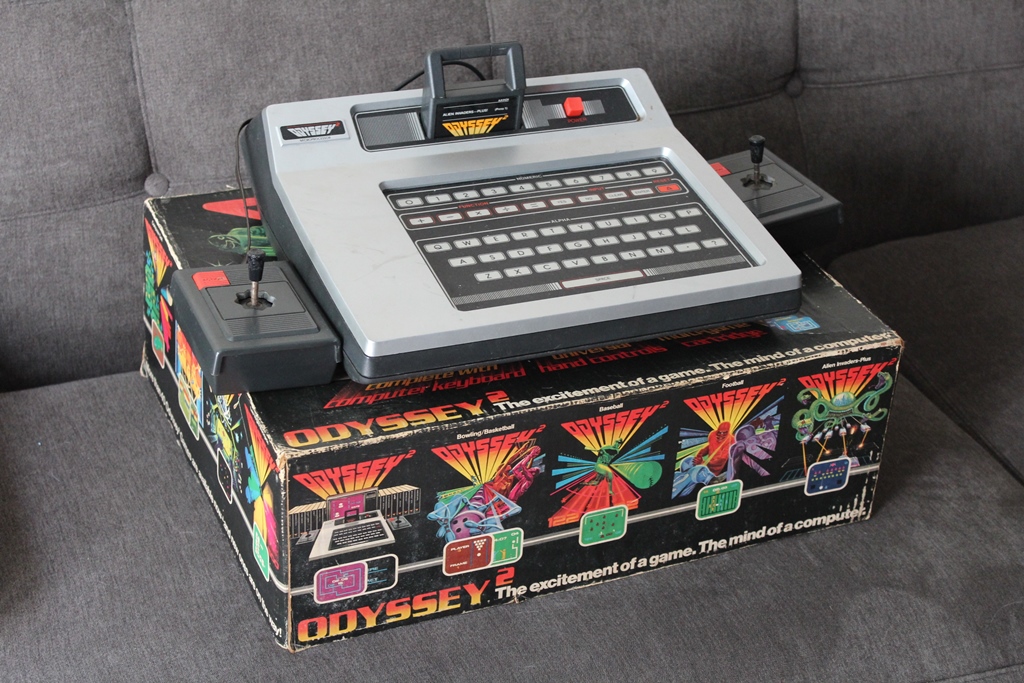 This is undoubtedly one of the coolest additions to my collection in recent history. The console was very advanced for its time, despite inferior graphics and colors than its competitors.

Before, the idea of having different games on individual, removeable cartridges was relatively novel. With the Odyssey², each game could be a completely unique experience, with its own background graphics, foreground graphics, gameplay, scoring and music.

I love the simplicity of the controller design, which is similar to the Atari 2600 joystick. I’m especially excited to begin to collecting for this console, because boxed games are still relatively cheap for it. So I’m going to try to spend the next few weeks researching what cool games are worth owning.

The Odyssey² sold moderately well in the US. Even without third-party developers, by 1983 over one million Odyssey² units were sold in the U.S. alone. So consoles are relatively common, but boxed consoles in this condition are far less common. This console is worth about $50.

To check out more of my yard sale and thrift store hauls, click right here. Check out a great video about the Intellevision consoles from the Angry Video Game Nerd right here: