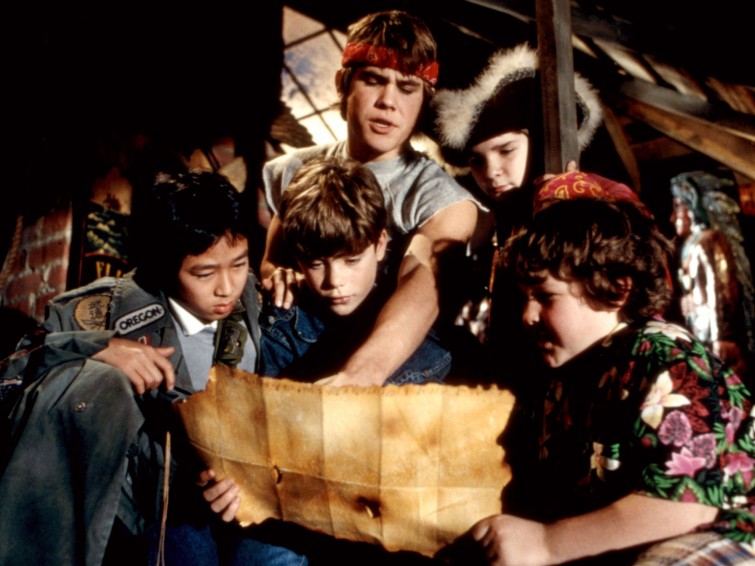 1226
By Barry Falls Jr
8 years ago
In Nostalgia Alert

Almost 30 years after the release of the coming-of-age classic, it seems a sequel to 1985 “The Goonies” is officially in motion. Steven Spielberg, who wrote the story for the original, will be writing the story for the sequel. Almost all other details are still under wraps, including story, cast and location.

According to Nerdist, members of the original cast such as Sean Astin, Josh Brolin and Corey Feldman made their interest in doing a sequel known, which pushed Richard Donner (director of the original) to get his wheels turning.

But many fans remain hopeful that the sequel will do the original justice.

The folks over at Cinema Blend, analyzed some of the biggest questions fans are asking about the Goonies sequel such as “Is now the right time for a Goonies sequel?” and “What can Goonies 2 possibly offer a new generation?” Check out the story, right here.