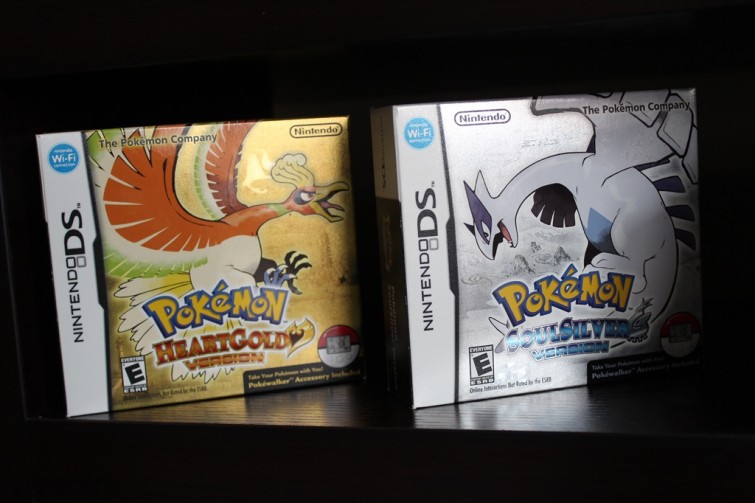 Released in 2010, Pokémon HeartGold and SoulSilver may be the best, most engaging Pokemon entries since the original Pokémon Red and Blue. They’re polished and enhanced with new game play elements that weren’t present in the originals, which were released 11 years prior.

These entries weren’t meant to significantly break any new ground, given that they were remakes rather than brand new entries. The basic objective of the game is still to become the best Pokémon trainer in the Johto and Kanto regions, which is completed by raising and cataloging Pokémon and defeating other trainers. And defeating the Johto League Elite Four in these entries still unlock the entire Kanto Region and its Pokedex.

Two major points of nostalgia for me were the colorful graphics and fast-paced, adventurous music. HeartGold and SoulSilver nails both of these. The character sprites of both the human and Pokemon in the game look bright and full of life. Perhaps tied with the original Kanto line-up, the Johto League also contains some of the most interesting and fun Pokemon in the series– including one of my all-time favorites: Larvitar.

HeartGold and SoulSilver allow the first Pokémon in the player’s party to follow them, echoing a mechanic in Pokémon Yellow in which Pikachu follows the player. This is a welcomed throwback, despite offering little engagement aside from its inherent cuteness.

A new minigame called the Pokéathlon uses the Nintendo DS touchscreen and allows Pokémon to compete in events such as hurdling. While these games began to hurt my wrist for more than 30-minute intervals, they provided a great diversion from the main story objectives. There are plenty of rewards offered that should motivate players to explore these mini games for hours.

The international releases of the titles replaced the slot machine mini games with a new game called “Voltorb Flip,” described as a cross between Minesweeper and Picross. At first when I discovered I’d need to play “Voltorb Flip” in order to acquire a Eevee, Mr Mime and Porygon, I was sort of disappointed– as I’ve never been a big fan of Minesweeper. But surprisingly after a couple of games, I found it to be a lot of fun, especially compared to the slot machine mini games.

Some copies of HeartGold and SoulSilver, pictured above, include a Pokéwalker. The accessory features a Poké Ball-shaped design with a small monochrome LCD screen and three functioning buttons. The Pokéwalker supports infrared signals allowing players to interact within a short range with a game card of Pokémon HeartGold or SoulSilver while slotted in the Nintendo DS, or with another Pokéwalker. Although I didn’t use mine much past just testing it to see how it works, it was a neat bonus with some unique features.

Especially considering the leaps that recent canon Pokemon games like X and Y have made, Pokémon HeartGold or SoulSilver offer few surprises. Anyone looking for much more than an updated version of the 1999 classics might be left a little disappointed. But for those looking to relive the quality story and game play mechanics of Gold and Silver and those who will be exploring the Johto League for the very first time, HeartGold or SoulSilver are must-plays. Each game improves on the originals in every way that they should.