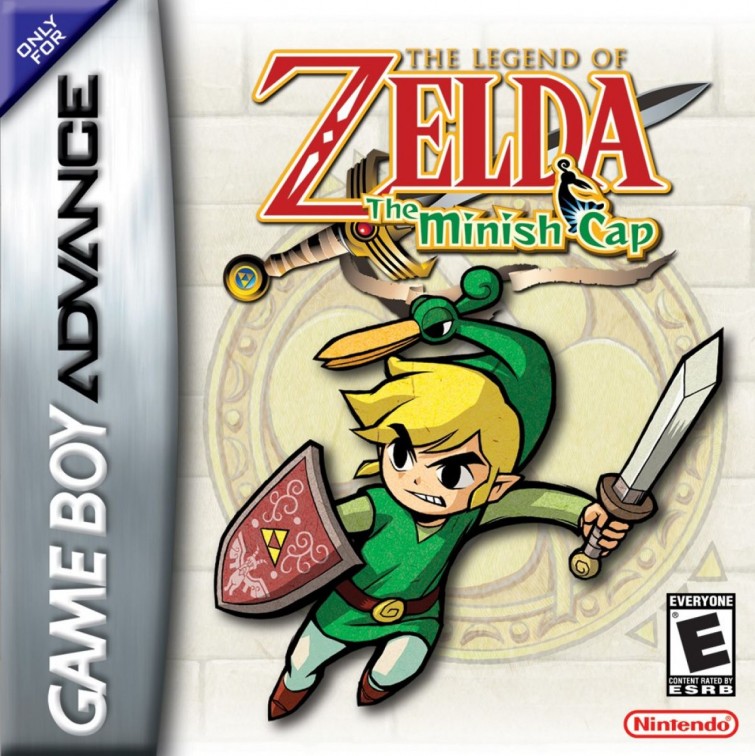 You know that feeling you get when you’re only an hour into a game, but you already know it’s going to be one of your very favorite games? That’s how I felt playing The Legend of Zelda: The Minish Cap, which was released in 2004 for the Game Boy Advance. It is the twelfth game in the Legend of Zelda franchise and feature a magical talking cap named Ezlo who can shrink Link to the size of the Minish, a thumb-sized race that live in Hyrule.

I’m ashamed to admit this, but Minish Cap was the very first Legend of Zelda title that I’ve ever completed. I’ve come close to finishing Link to the Past, Ocarina of Time, Wind Waker and one of the Oracle games. But either because of erased memory cards or simply getting caught up with work or school, I never reached the end. So I was excited for such an imaginative entry of the franchise to be the first one I’ve finished.

Firstly, it’s important to note that Minish Cap is one of the shortest and easiest Legend of Zelda games to date, with some saying that a typical gamer could finish the game’s six dungeons in ten hours. However, I’m generally not very skilled at role-playing games. With the game’s many side-quests, I played Minish Cap for 28 hours total in about 20 sittings. I also played the entire game on the Nintendo Wii U gamepad, which has a 6.2-inch screen compared to the standard Game Boy Advance 2.9-inch screen.

There’s a lot to savor when you’re playing through Minish Cap. The imaginative dungeon designs and puzzles makes it easy to get lost in the game’s surprisingly deep narrative. Like previous 8-bit and 16-bit Legend of Zelda games, Link’s first 32-bit venture pushes the Game Boy Advance’s technical limitations like few others on the platform. Playing on the Wii U gamepad makes it easier to appreciate the game’s graphical details.

One major component to the game is shrinking down in size and interact with the mice-size race of creatures that inhabit the lands. While the over-world map feels tiny in comparison to other entries in the Legend of Zelda franchise, the Minish component adds more depth to the game’s exploration. Much of the game requires shrinking down to access or trigger switches that are only accessible by the Minish race, who are adorably charming.

Even the games many fetch quests, which usually bore me to death, are so fun, imaginative and puzzling that they are sometimes just as fun as the dungeon-exploring components.  Many of the fetch quests involve exploring the land of Hyrule in areas only accessible by Minish and interacting with the life-size creatures. And new side-quests are available after the completion of each dungeon.

The combat and equipment will be familiar with long-term fans. You start the game by acquiring the sword and shield. After the introduction, I only found myself using the shield once or twice for the remainder of the game, when I was required to deflect a projectile attack. Later you’ll receive the same familiar items: bow and arrow, bombs, ocarina and boomerang. But there are a few new upgrades and items that add a welcomed sense of strategy to the game.

Some might grow bored with the many recycled characters and motifs of Minish Cap, which takes place during the “Force Era” of the Legend of Zelda timeline– along with Four Swords. But The Minish Cap offers enough new ideas, creative dungeon puzzles and side-quests to entice even more casual gamers. Minish Cap is one of the most charming entries to Nintendo’s most compelling franchise and a must-play for fans of role-playing fantasy games.