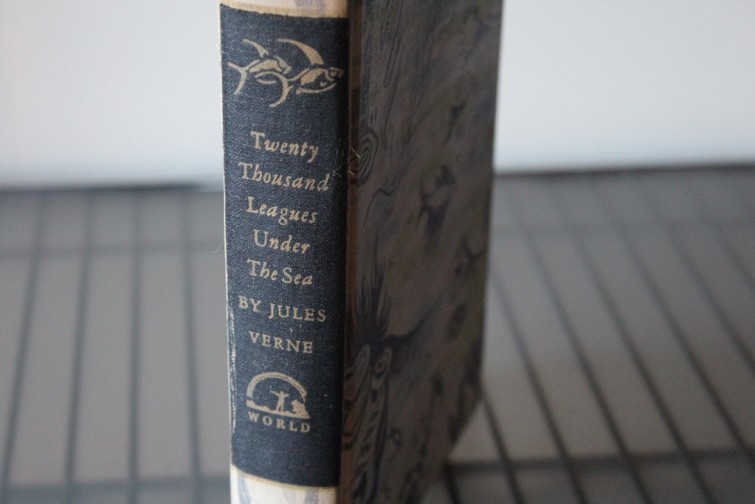 1847
By Barry Falls Jr
8 years ago
In Literature

“The sea is everything. It covers seven tenths of the terrestrial globe. Its breath is pure and healthy. It is an immense desert, where man is never lonely, for he feels life stirring on all sides. The sea is only the embodiment of a supernatural and wonderful existence. It is nothing but love and emotion; it is the ‘Living Infinite,’ as one of your poets has said.”

Regarded as one of the premiere adventure novels, 20,000 Leagues Under the Sea tells the story of Captain Nemo and his submarine Nautilus, as seen from the perspective of Professor Pierre Aronnax after he, his servant Conseil, and Canadian whaler Ned Land wash up on their ship. I recall watching the 1954 Walt Disney adaptation as a child, amazed at the film’s vision of the Nautilus.

20,000 Leagues Under the Sea has seen countless film, television and comic book adaptations as well as re-releases, re-translations and re-tellings of author Jules Vern’s underwater classic. Many of the novel’s scientific theories are still relevant, making the novel age better than some of Vern’s other work such as “Journey to the Center of the Earth.”

The novel has a peculiar reputation for being a children’s book, despite there being much content to be analyzed from an adult’s perspective. The character’s motivation for exploring the marine life, the narrative’s depiction of a then futuristic submarine and the real-life inspiration from famous French explorers all encourage further reading and analysis.

With Vern being a Frenchman, the original 20,000 Leagues Under the Sea was written in French. The book was translated several time into English– the first time in 1871 by British parson Lewis Mercier. Some critics have noted the omission of many important scenes and background information from the original. Mercier has also been accused of butchering some of Vern’s better jokes and softening his political and philosophical assertions.

This particular edition, which was first published in 1946, is neither particularly rare nor very valuable. But for collectors of classic literature, there is much to appreciate about the detail of illustrations that were crafted for this edition.

It includes and introduction by Mary Lamberton Becker and illustrations by Kurt Wiese. It was published by The World Publishing Co in Cleveland, Ohio. Its size is 5.75 by 8.5 inches and contains blue, green and white pictorial cloth boards of an underwater fish scene. While mine doesn’t include its original dustjacket, it depicts men with scuba gear at the bottom ocean with sharks and the rust keel of a ship.

For those wanting to explore some of Vern’s classic literature, check out this compilation book, which includes Journey to the Center of the Earth, Twenty Thousand Leagues Under the Sea and Round the World in Eighty Days. 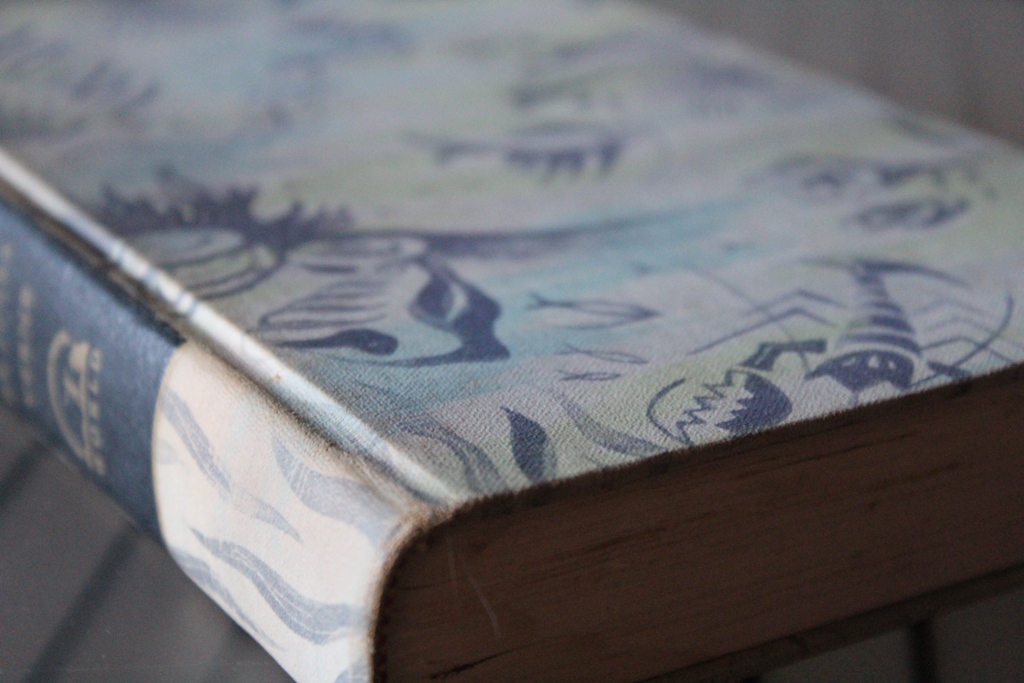