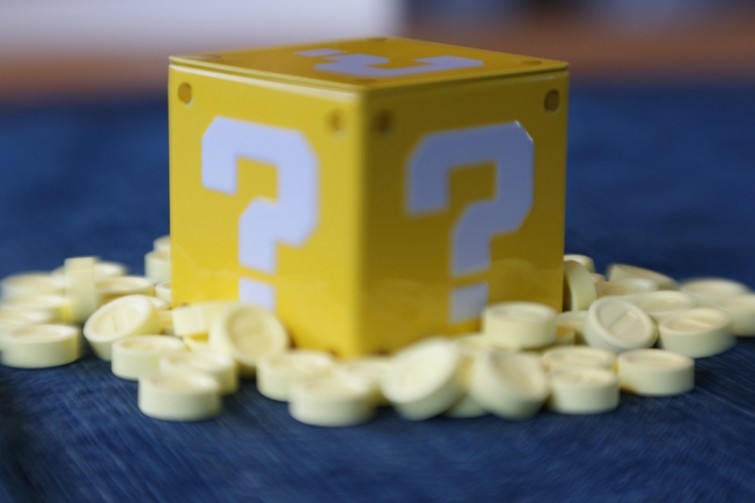 Almost two years ago, a Redditor by the name of “maverickrenegade” came up with the “Chump Change Challenge,” in which retro game collectors gather all of their loose change for a set amount of time, then splurge on a single game that they’ve wanted for a while.

“This game would be the one you have had your eye on forever but can never bring yourself to pay fair market value for,” the post read. “If you are like me, I pretty much refuse to buy retro stuff on eBay or Amazon. I’m all about trading and finding games I want out in the wild. This however, would be a different story. You’d take that change you’ve accumulated and drop all of it on a single game that you’ve had your heart set on.”

About a year ago, a retro gamer friend John Riggs posted his own “Chump Change Challenge” find on Instagram. He saved up (probably at least $30) and splurged on “Kid Dracula,” an uncommon Castlevania spin-off for the Game Boy.

This was such an awesome idea that I decided to do it myself. And since I’m currently working on my NES Quest, I decided to save up for an NES game that I want to splurge on. There are certainly a lot of them. Mega Man 5, Gargoyle’s Quest II The Demon Darkness, Dragon Warrior IV, Princess Tomato in the Salad Kingdom, Metal Storm and Ninja Gaiden III Ancient Ship of Doom are all at the top of my NES wanted list.

Since the original Chump Change Challenge occurred so long ago, I decided to update the rules a little bit:

And one last final step– tell us about it! Head over to our Letters to the editor tab and tell us about your experience. How much money did you gather? What game did you buy? Why did you choose that game? Tell us everything and link to a picture of your spoils. All of the best submissions will be published right here on Retro Chronicle!


BETWEEN THE GROOVES: The Drums’ “The Drums”