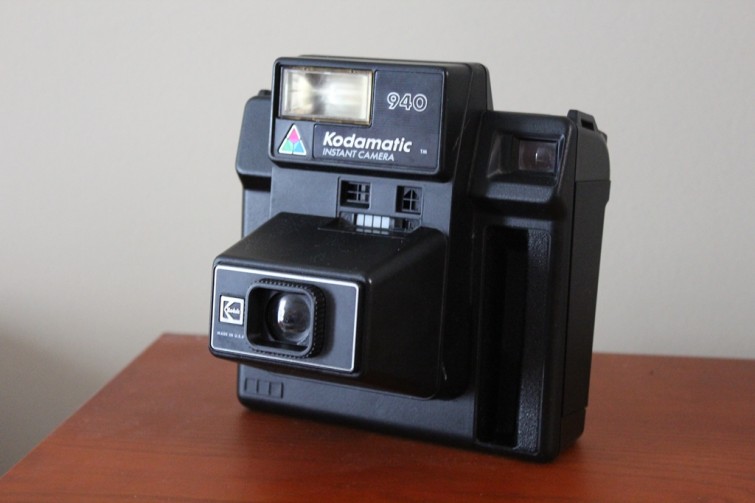 I found this for a dollar, buried in the electronics section of a local thrift store. I’ve collected these aimlessly for about a year now, and I’m sort of running out of room for them in my small apartment. But they’re so cool that I can’t help but pick up all of the ones that I find.

Kodak introduced its own instant film products in 1976, which was different from Polaroid’s in several ways. Kodak instant film was exposed from the back without a mirror, the opposite of Polaroid’s film which was exposed from the front with a mirror to reverse the image. This has several advantages; first the instant film is much less complicated compared to Polaroids which has the front layer that has to be transparent during exposure, opaque after the chemical spread and transparent after a development time.

Kodak’s method uses the chemical reagent as a light shield during development. The instant film in this process is capable of higher resolution compared to Polaroid’s system since light does not have to travel as many layers to reach the negative. Other advantages include being able to use a matte finish on the face of the photo.

The release of the higher ISO Trimprint series of instant products in the early 1980 also made it easy to remove the instant photo from the development pod. Without a mirror the camera are not as complex and less expensive to produce. The film path being much simpler also allow the use of a simple mechanical crank to spread and eject the film print instead of a electronic motorized unit in Polaroids.


What is the Chump Change Challenge?