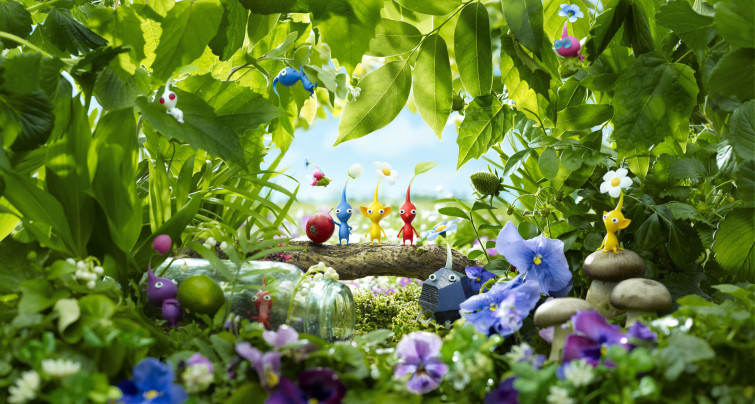 Why Pikmin 3 May Become a Huge Collectible for Nintendo Fans

Last week, I picked up a copy of Pikmin 3 at full price. It might have been my last chance to buy it at retail, $60. Because as time goes on, Pikmin 3 may become increasingly difficult to acquire.

Whether or not Nintendo plans to continue producing copies is not certain. But if they decide to only allow the game to be available digitally, there’s a fair chance that Pikmin 3 will become a huge collector’s item for Nintendo fans. Here’s five reasons why that might happen:

1. The game’s production run was based on console sales in mid-2013

Nintendo wasn’t doing well around 2013, so how many copies of Pikmin 3 were produced was likely small to match the Wii U’s underwhelming performance. By the end of 2013, Pikmin had sold only about 210,000 units, which was not much considering the Pikmin series is a Nintendo IP. Fast-forward to today, there’s an estimated 9.54 million Wii U consoles sold, which means more players wanting to get their hands on a copy of Pikmin 3 with no proportional increase to the number of copies.

2. Many people already got a free download for the game during the Mario Kart 8 bundle special

In mid 2014, Nintendo released the Mario Kart 8 Deluxe Set, which included a 32GB Wii U console, copy of Mario Kart 8, red Mario Wii Wheel accessory, and a red Mario Wii Remote Plus controller. It also came with a free digital copy of your choice between New Super Mario Bros. U, Pikmin 3, The Legend of Zelda: The Wind Waker HD or Wii Party U. While it’s safe to assume that most opted for New Super Mario Bros. U or The Wind Waker HD, this bundle probably didn’t help with the sales of Pikmin 3.

3. This sort of happened with Pikmin 2

Despite critical acclaim, Pikmin 2 only sold about 1.2 million units globally. Currently a complete copy of Pikmin 2 will run you about $45– compared to the average value of Gamecube games, about $9.25. And it has been rumored that Zelda: Ocarina of Time 3DS had its production discontinued, which has led to complete copies of the game going for about $50 currently, compared to about $26 just months ago. Like Pikmin 3, Ocarina of Time 3D was also released as a download on the Nintendo eShop.

4. It might just be taking people a little bit more time to discover how awesome this game is

Pikmin is a real-time strategy game that takes place on a distant planet where you find, rescue and command a small fleat of plant-like creatures to help you search for a cultivable fruit seeds to save their home planet from famine. For many, that might be a very strange and somewhat inaccessible premise to process.  But I think as more gamers begin to appreciate the title, word of mouth helped stimulate the popularity of the game, increasing the demand for physical copies. When a games popularity starts out small and slowly builds up over a year and a half, it sometimes leads to a shortage.

5. Nintendo released the game in their eShop

Nintendo has released many of their other IPs in their eShop despite there being no shortages whatsoever. So simply releasing it digitally in their eShop isn’t a huge contributor to the game’s rarity, but it might play a small role– or at least suggest on Nintendo’s part that the game might not receive a second run of production. Nintendo released a demo for Pikmin 3 in the Nintendo Wii U eShop in late 2014, which it seems they wanted to help improve electronic sales. And considering the demo was released two years after the release of Pikmin 3, there does seem to be ample indication that Pikmin 3 will continue to increase in rarity.

Currently Pikmin 3 is about $75 new on Amazon, but you should be able to find used copies for cheaper. Of course, if you don’t mind playing just a digital copy, that is always available on the Nintendo Wii U eShop.