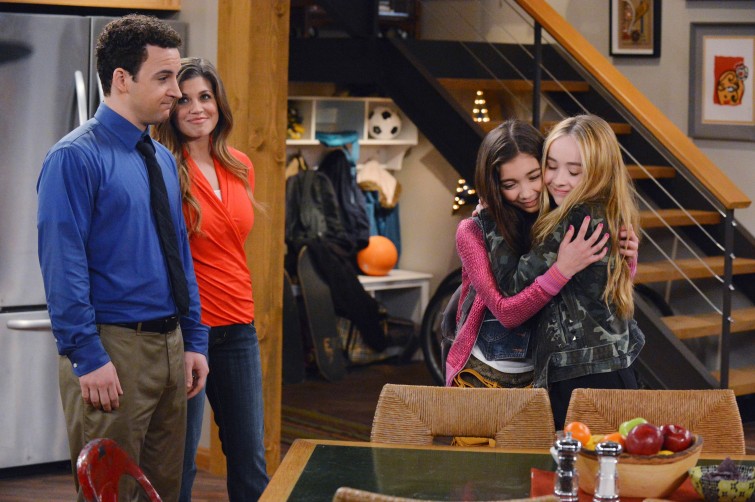 Will ‘Girl Meets World’ offer anything worthwhile for fans of the original?

For all the die-hard “Boy Meets World” fans, the new “Girl Meets World” updates seem to show a lot of promise. Executive Producer Michael Jacobs, who co-created “Boy Meets World,” will develop GMW and serve as its executive producer and showrunner. And in addition to Ben Savage and Danielle Fishel, several other cast members are set to reprise their role.

But the fact that GMW will air on the Disney Channel makes the program’s potential uncertain.

The new trailer for “GMW” gives a more in-depth look at Riley Matthews, Cory and Topanga’s young daughter. She arrives at her first day of seventh grade to the history class taught by her father, similarly to how Mr. Feeney keeps appearing in Corey’s life. The title character of GMW is best friends with a troubled peer of the same age named Maya (or “New Shawn,” as I call her).

Even Stuart Minkus will play a role in the new storyline. Stuart’s son, Farkle, will attend the same class as Riley. Michael Jacobs is undoubtedly playing the nostalgia card pretty hard with GMW, and understandably so. BMW is a program that children of the 90’s still hold dear. But do early trailers show signs that the sequel series will be too “Disneyfied” for its own good? I think so.

Firstly, ask yourself– what made the original series so charming? Chances are it’s the dorkiness of the characters– mainly Corey, Shawn and Eric. They seemed like real kids who were dealing with some of the strange and awkward social situations all kids face. And while it might be too early to tell if GMW will retain these same qualities, it would be outside of the safe, overly-antiquated boundaries that Disney Channel is known for.

In the newest trailer, we see Riley and Maya conversing in the Disney-typical fashion– they’re witty, fast-talking, maybe a little sarcastic. They look and act as if they’ve just been picked from whatever lab they genetically-manufacture Disney actors. And so it seems the charm (and I use “charm” and “dorkiness” interchangeably in this circumstance) might be lost.

Let’s not forget, the BMW episodes Prom-ises, Prom-ises (1998), If You Can’t Be with the One You Love… (1998) and  The Truth About Honesty (1999) were banned from airing on The Disney Channel due to their frank discussion about pre-marital sex and teen drinking.

And yes, BMW was, at times, a little too heavy on the drama. But at least for me, that’s what drew me closer to the characters. Remember when Shawn was faced with losing another father figure (Jonathan Turner), so he joined a cult? Or when Shawn is forced to secretly give refuge to a girl in his class, because her father beats her? Or when Shawn… alright, you probably get the picture– a lot of terrible things happen to Shawn.

But could you imagine comparable plot lines on Disney Channel? I don’t see that happening.

Maybe it’s too early to tell. But my bet is that the Disney formula will ultimately prevent GMW from resonating with audiences the same way that BMW did in the 90s. Time will tell.

GMW will premiere on Friday, June 27 at 9:45 p.m. EDT on Disney Channel. Check out the latest trailer right here:


May the Fourth (Be With You): My VGA-graded copy of Star Wars: Jedi Arena for Atari 2600