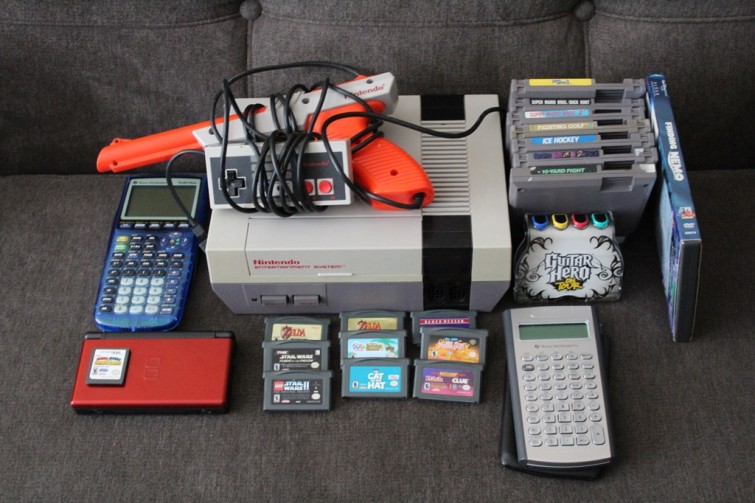 2074
By Barry Falls Jr
6 years ago
In Thrift Picks

[Check out my previous post on picking at yard sales]

FIRST PERSON | My second day of picking yard sales was another pleasant success. I wasn’t planning on picking today, because I had work at 11 a.m. and only about $60 cash to spend. But after seeing a few yard sale signs on my way home from a meeting the night before, including one for a community yard sale, I decided to go for it.

It’s the time of the semester when I’m studying non-stop for my college finals. And I’ve probably mentioned this before, but picking is really relaxing for me. I get to practice a little bit of critical thinking and budgeting skills, while earning a bit of money and adding to my retro collection all at the same time.

I left at 7 a.m. with $60 and came home at 9 a.m. with a few dollars left. I spent $57 to be more precise. While I stopped at about 25 yard sales, I only purchased from three. This is mostly because community yard sales tend to be great for hitting a lot of houses in a short period of time, but they also tend to be smaller in size.

Although I had my smart phone on me, I decided to go without looking up any items on eBay while picking. Somehow it’s more fun that way, although it’s much more risky. I wanted to rely on my own knowledge and tuition.

For the sake of continuity, I’m listing my finds in the order that I came upon them. 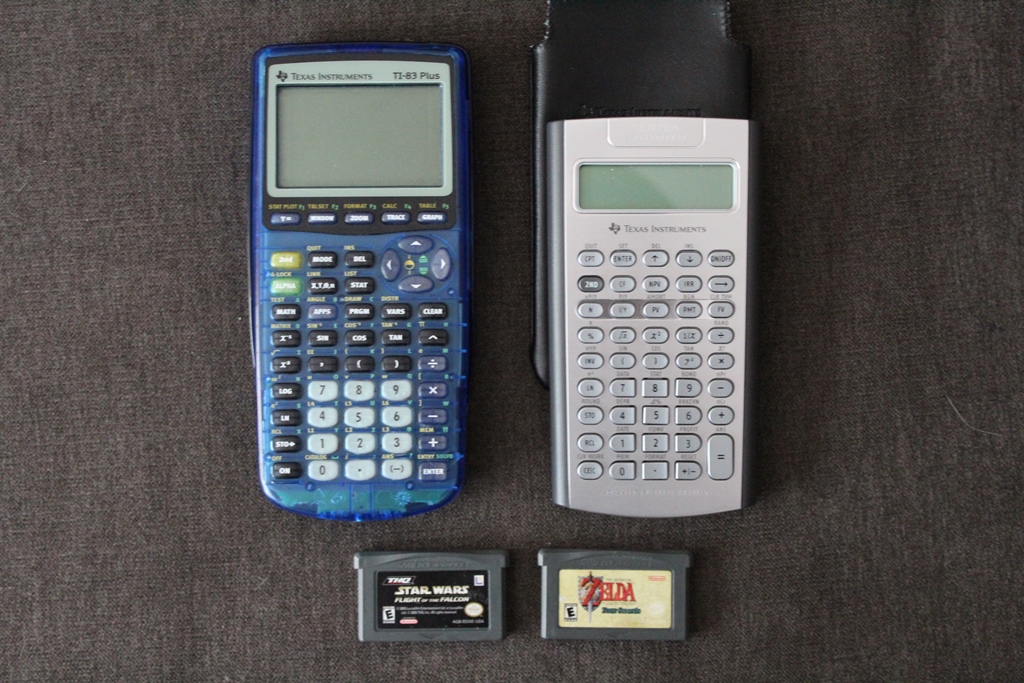 This was the first yard sale of the day, which was intentional. I looked up where the yard sales were in my area and routed a map on my GPS. I mapped out three locations– this one, a community yard sale and one multi-family sale on my way home (which ended up being a dud).

I started with this one, because the listing mentioned that it would have video games. So I planned ahead and arrived just as the yard sale began. I sifted through a small bin of XBOX 360 and Playstation 2 games– all sports or racing games, which isn’t my cup of tea. Then I noticed two Game Boy Advance games, with a sticker on the Star Wars game for a dollar. I asked how much they both were– a dollar for Star Wars and $4 for Zelda: Link to the Past.

Every handheld game in my collection is complete in box, from my original Game Boy to my 3DS. So I had these two GBA games earmarked for trades. Then I came upon three Texas Instruments calculators– one graphing and two more basic calculators. He wanted ten for the graphing and the Advanced Business Analyst calculator and five for the other more basic one.

I knew I could flip the TI-83 Plus graphing calculator for $40 to $45, no problem. It worked, was in great condition and was the limited blue edition. The other one I was a little uncertain of the other, but I decided to ask for $20 for the TI-83, the Business Analyst calculator and the two games, instead of $24, but we agreed to meet in the middle.

The blue Texas Instruments TI-83 Plus calculator should go for about $40. I’ll likely hold on to the Advanced Business Analyst calculator for my own personal use. And according to PriceCharting.com, the Game Boy Advance games total about $15. It’s worth noting that the items from my first yard sale stop were worth enough to pay for everything that I purchased that day. So on to the community sale. 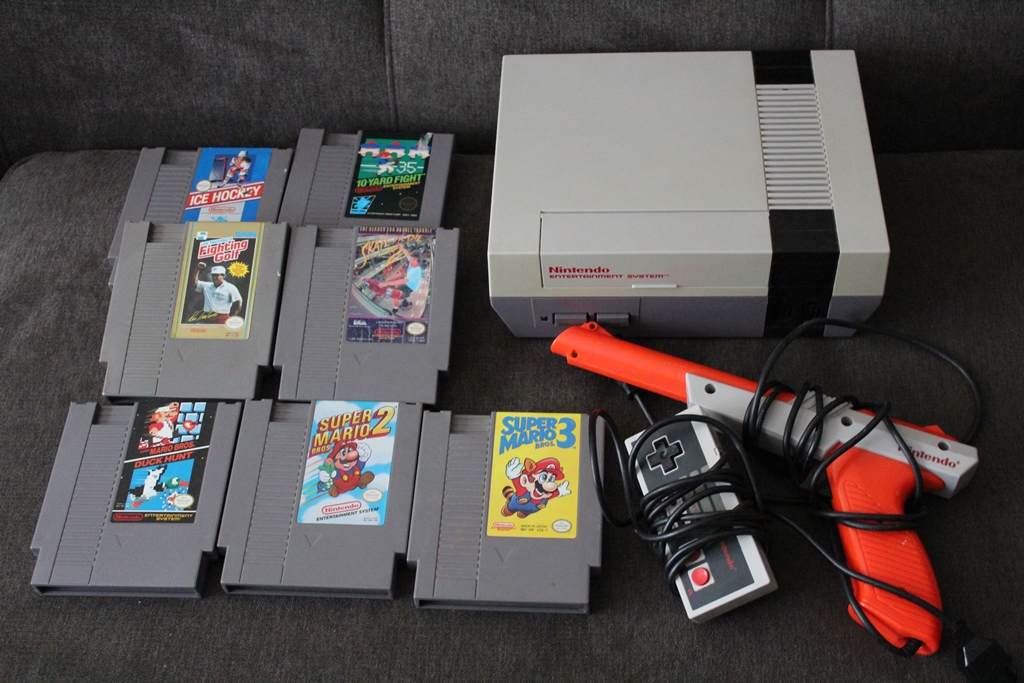 There’s no better feeling than going to a yard sale and finding a bag with an NES or SNES console with some assorted games. I peered in the bag to count about five. I confirmed with the seller that everything was in working order, and I noticed that it included all the hook-ups, three basic controllers and a Zapper.

I asked how much, they said $30, so I countered with $25, which they accepted. I knew I could get at least $30 for the console alone. I brought the bag back to my car. I love a mystery, so I decided to wait until I got home to check out the games.

While there weren’t any interesting surprises, the console was in great condition. The games were five of the most common and cheap games on the console and two great Mario games– Super Mario Bros. 2 and 3. I added Ice Hockey and Fighting Golf to my collection, put 10-Yard Fight in my sell pile and the three Mario games in my for-trade stack, as I already had them.

According to PriceCharting.com, the console will go for about $42 and the games will add up to about $37, bringing my total up to about $80. 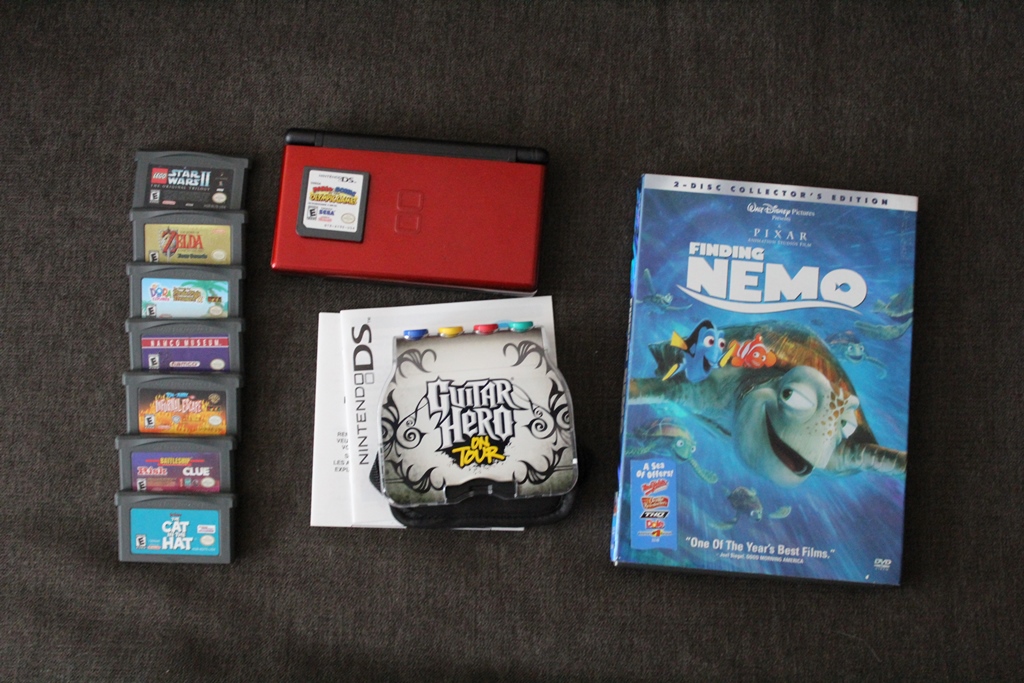 As you may recall from my previous post, I always look out for Disney DVDs to flip. So I was excited to see Finding Nemo is a small stack of movies with a price tag of $2.

PICKING TIP: If you’re looking to flip Disney films, stick to the classics– Peter Pan, Lion King, Little Mermaid, Bambi, etc. Pixar films are always a safe bet. Blu ray movies are better than DVD. Steer clear of Disney spin-offs, sequels or live-action movies. Make sure you check for scratches and condition. Try not to pay more than $3 each and sell in bundles.

Empty game protectors were scattered on some of the tables, so I asked if they had any video games. The lady pointed to a stack of lousy PC games and then casually mentioned the DS bundle that I somehow overlooked.

I peered in and saw a red DS Lite with some assorted GBA games. I confirmed with the seller that everything was functional; her son upgraded to a DSi some time ago. I saw a $10 price tag on the side and asked for $10 for the games and the DVD, which she accepted.

The games were a bit lousy. Another Zelda: Link to the Past was nice to see and Mario and Sonic was just as welcomed. The Guitar Hero game was missing the actual game cartridge, which wasn’t too disappointing. Those games are faulty, cheap and I knew it’d be hard to find someone to buy it anyway. So I trashed that one.

According to PriceCharting.com, the games came to about $40 with Legend of Zelda: Link to the Past and Mario and Sonic Olympic games costing the most at around $10 each. The Crimson & Black DS Lite comes to about $35. And Finding Nemo DVD should fetch about $6, bringing the total to about $80.

Altogether, I spent $57 on about $200 worth of items. Like I mentioned, I’ll keep, sell and trade various sets of the electronics above.

So I have a question for you. This is my second summary of my yard sale picks, and essentially I want to see if these are worth reading. I try to write posts that I would be interested in reading. But it’s hard to gauge whether or not I’m writing these effectively. So did you enjoy reading this piece? Was it too long? What would you change about the format or content? Leave you opinions in the comment section below.


Will ‘Girl Meets World’ offer anything worthwhile for fans of the original?