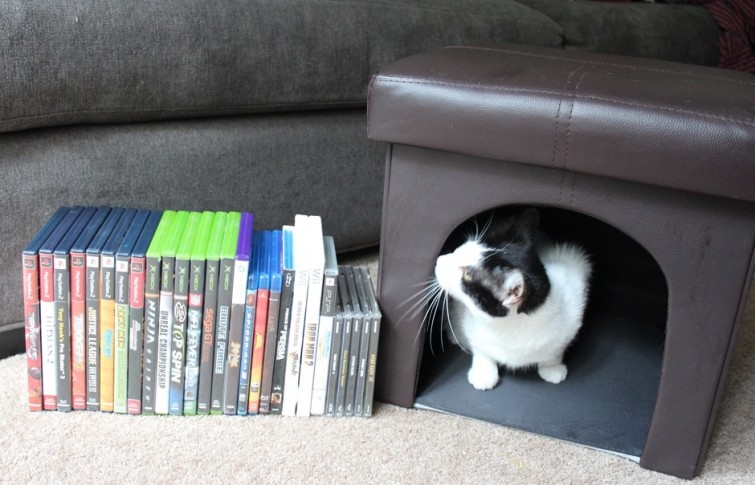 1649
By Barry Falls Jr
6 years ago
In Thrift Picks

Recently, I’ve gone to several yard sales per Saturday. But my picker/collector friends have been a lot more successful. So I felt it was time for me to be a little bit more aggressive with my approach.

The key word is “aggressive,” mind you– not rude or pushy. A lot of pickers recommend low-balling every seller for the best price. While I’ll definitely try to negotiate more, what I mean by more aggressive is trying harder to find the kind of stuff that I’m looking for.

This week I was primarily looking for games. And so this time, I tried waking up and hour earlier than usual and making it my goal to ask essentially everyone that I saw if they had games that I either overlooked or that they hadn’t put out for sale yet.

Instead of recounting each stop at yard sales, which is what I usually do, this post I’m going to sum up the entire experience first, then talk about segmented lots of games.

Firstly, it’s important to gauge whether or not it’s worth it to ask the seller for games. If the prices are high or the sellers doesn’t seems like he or she would have any games, you might want to save your breath and move on. Otherwise, it can’t hurt to ask.

More importantly, you need to be specific. If you’re a young person asking for games, the seller is likely to assume you mean relatively recent games. So even if they have second, third or fourth generation of games, they might refrain from offering. So when you ask, make it clear that you’re looking for new or old games. Sometimes I even straight out say that I’m a collector, which usually encourages the seller to bring out all of their games.

Thirdly, if they don’t have anything put out and they seem busy, still ask but don’t be pushy. If they’re busy with other customers, let them know that you’re willing to be patient and wait for whatever they might have for sale. This week, I waited for up five to ten minutes for the seller to find a good time to go inside and come back with stuff that I was interested in. If I was rushing them, not only would that just be rude, but the seller would be more likely to just turn me away empty-handed.

While I didn’t come home with anything special (nothing is worth more than 20 bucks), most of what I came home with was from asking the seller directly if he or she had games or electronics.

Only one situation did that not work out: I asked the seller if she had any games. She said not anything modern. When I made it clear that I like old games too, she said she had a Sega Genesis. I said I was interested primarily in the games. She pulled out a broken GameGear with three loose games, asking $30. I passed and moved on.

This is what I found after two and a half hours of picking. I spent $30 total. 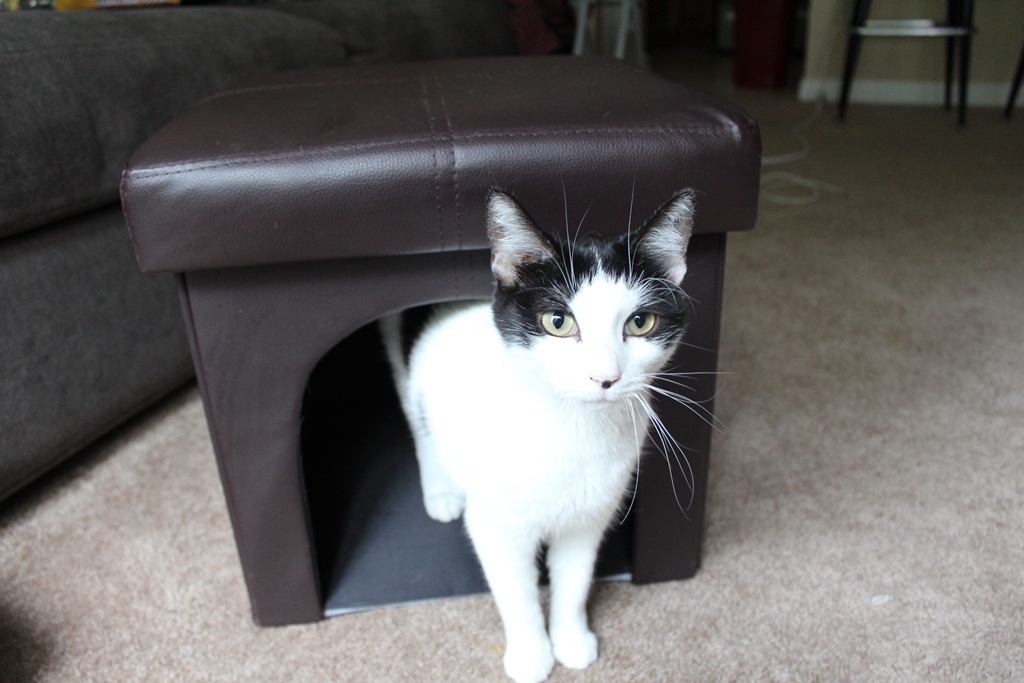 I should start with my non-gaming pick up. This one was too cool not to pick up. It’s a small ottoman with dark brown leather that matches other furniture in my apartment. It’s used but in great condition. I sat on it and it seemed sturdy.

At the yard sale, I Facetimed my fiancee to see what she thought. Even though I woke her up in the process, she checked it out and said she liked it. So I brought it home and thoroughly cleaned it for about fifteen minutes. Pictured here is my cat Marla Singer, who loves it already.

Not pictured is the cat mat, which is in the washer right now. 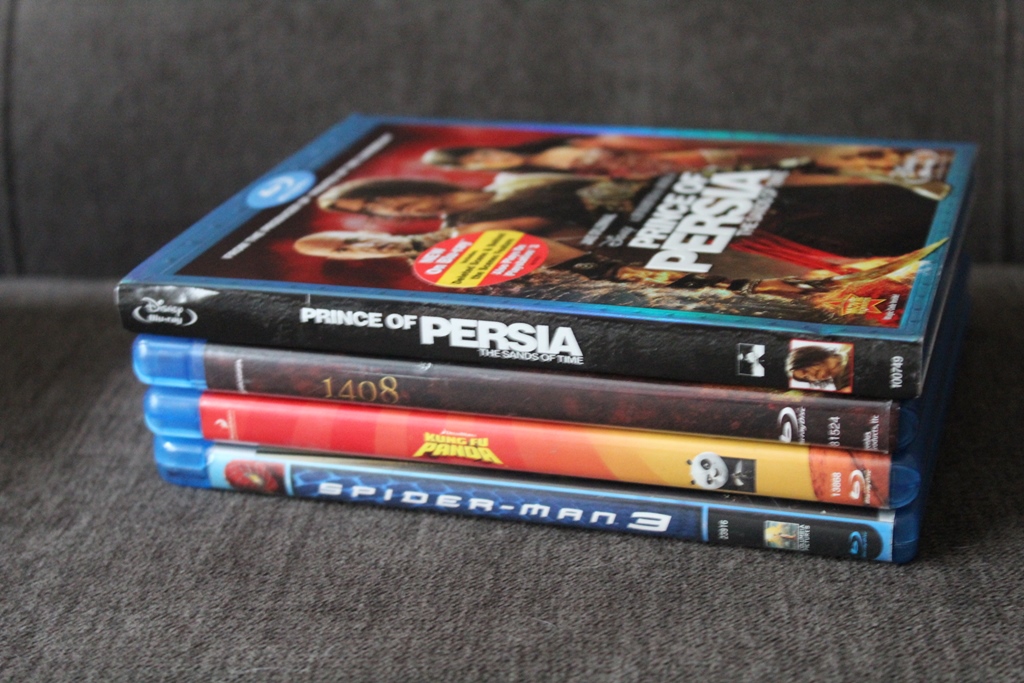 I have a relatively sizable blu ray collection. And I always look out for kid movies on blu ray to hustle on eBay.

Since my fiancee and I are both huge horror movie fans, I’m always looking for great horror movies on blu ray. 1408 is an often overlooked horror film that somehow does justice to the awesome short story by Stephen King. And though Spiderman 3 is the worst  in the series, it’s a nice addition to the collection.

Kung Fu Panda and Prince of Persia will probably be traded or sold later down the road. 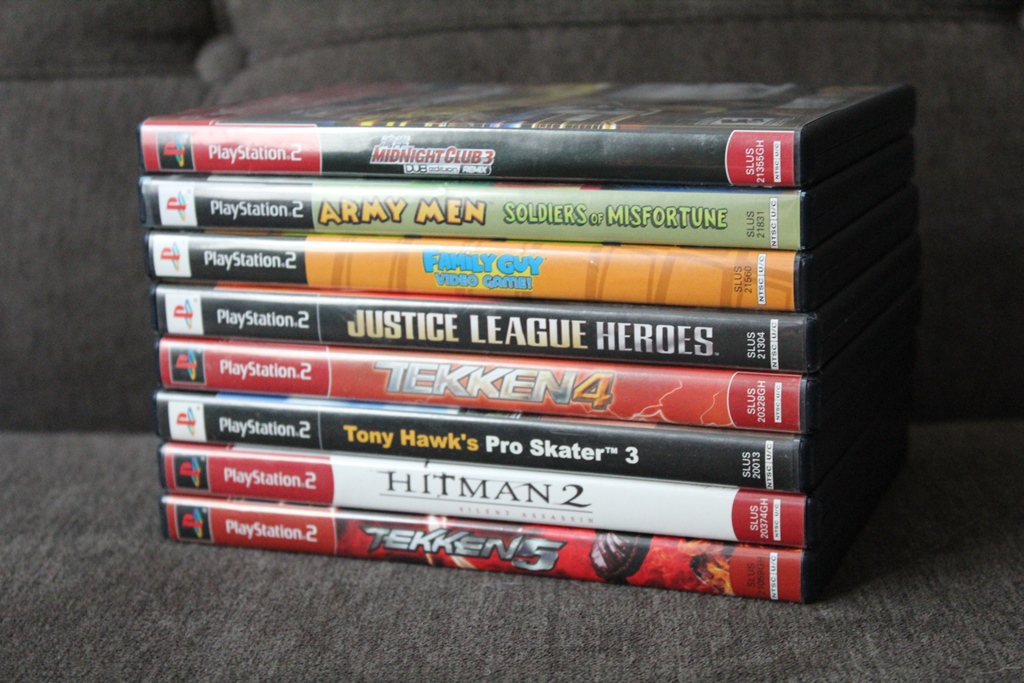 All of these were about $1 each. None of these are particularly valuable games– most are worth about $5 each. I don’t collect Greatest Hits games, so those will be sold or traded.

Tony Hawk’s Pro Skater 3 is an amazing game though. I have to mention that, because sometimes people forget about this series since the newer Tony Hawk games are generally quite poor. But Tony Hawk Pro Skater 1-4 were all fantastic games. And Tony Hawk Underground 1 and 2 are two of my favorite games from my teenage years.

This puts my Playstation 2 game collection at 59. 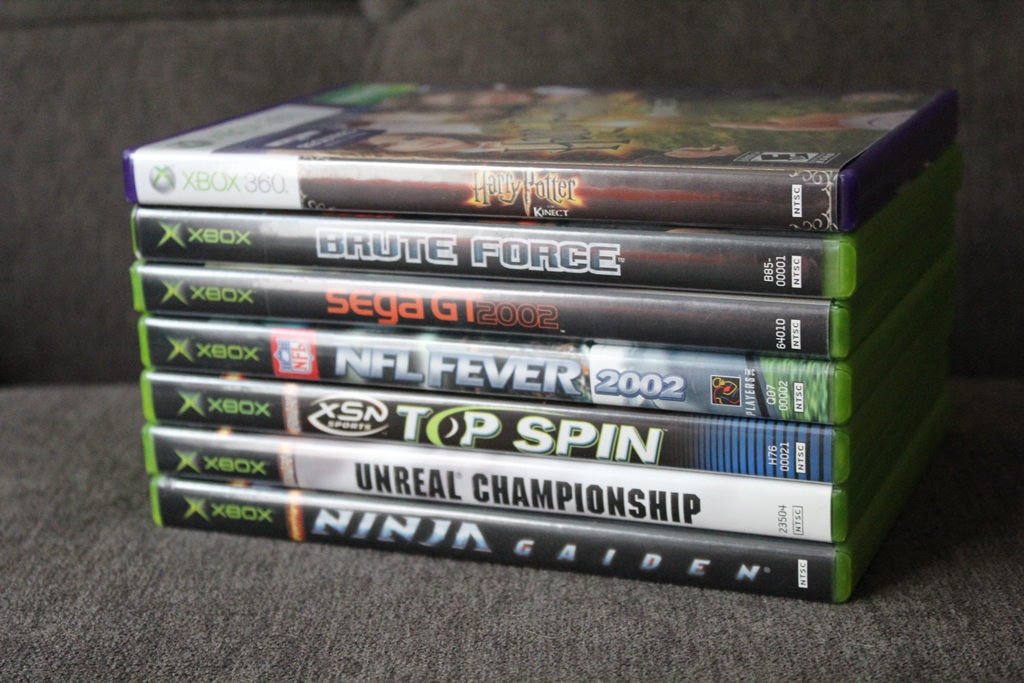 These were also about $1 each, except Harry Potter, which was $3. I almost always pass on sports games, but these were in great condition, complete and cheap. So I decided to pick them up anyway.

None really stand out. I don’t think Harry Potter looks very interesting, but my fiancee loves the series, so I figured she’d think it was neat. Ninja Gaiden is said to be one of those games from the NES era that made a respectable transition to the sixth generation of gaming. So I’m hoping to sit down and play this one eventually. 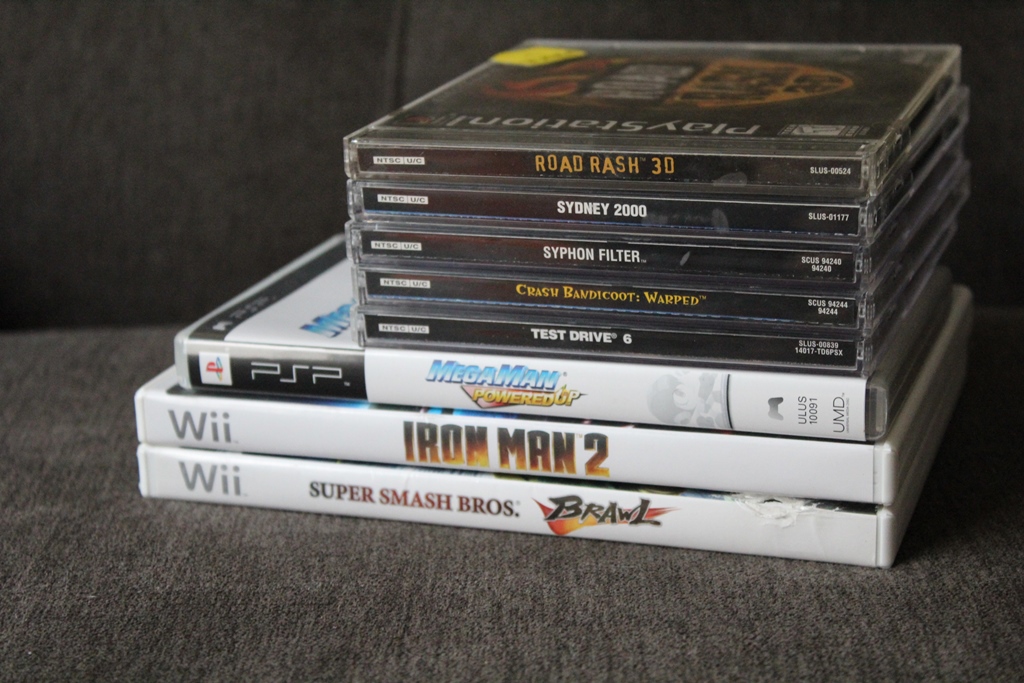 Unfortunately the most valuable game that I found, Super Smash Bros Brawl, is the one is the worst condition. But I already have it, so it’s going in the trade pile.

All of these Playstation games were $1 each and are worth about $5 on average. The one I’m most excited about is the Crash Bandicoot racing game. As a Nintendo fanboy my entire life, I missed out on this series. So I’m going to try to go back and play through some of the early Crash Bandicoot and Spyro games.

Mega Man Powered Up was a freebie from my picker friend. I love the cover. In fact, the PSP has some of the coolest cover art in my collection. But the graphics and game mechanics are so different from most Mega Man games that I like, I probably won’t play this one much, if at all.