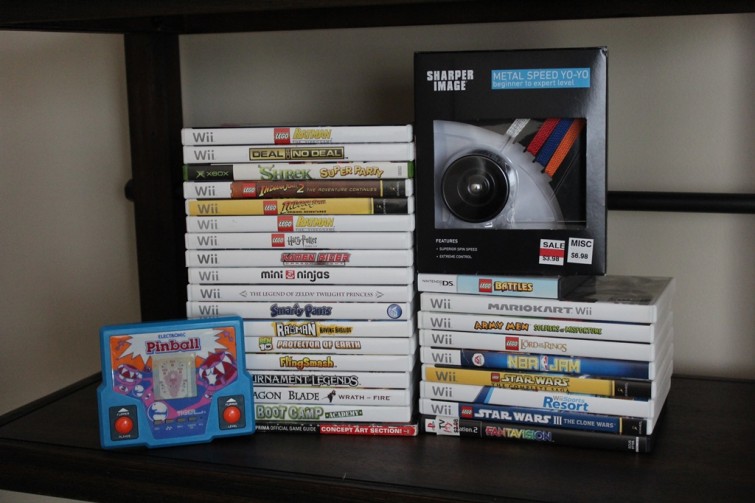 1850
By Barry Falls Jr
8 years ago
In Thrift Picks

Once again, I only had a couple hours to go picking at garage sales. This time, it was because I was moving to a new apartment early that morning. So I left my apartment a little before 7 a.m. and came back at around 9:30 a.m. after visiting two community garage sales. There were a lot of other community yard sales this day, so I probably could have gotten a lot more.

But I’m certainly satisfied what I was able to find for about $30. The two communities were rich areas, so most of the prices were bit high. In fact, I found tons of video games but most were way more than I’d be willing to pay. Sometimes they’d be up to twice as much as GameStop prices.

Interestingly, the primary reason I went out was to find an office desk for my new apartment. I wasn’t able to find one that I liked. So I’ll try again next week. Here’s what I did find: 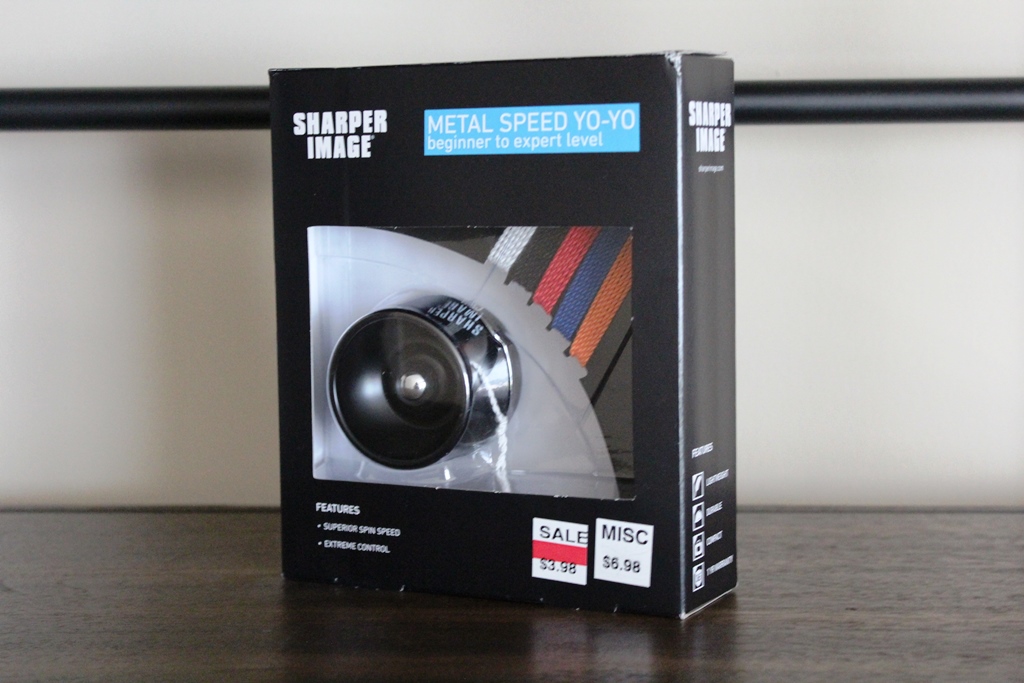 This was another impulse buy from a local thrift store earlier this week. I remember being super into collecting yo-yos when I was a kid. So I bought this one partially because I thought it was really neat and nostalgic. It comes with five extra strings, which I think is really awesome. And it’s metal.

I’m hoping to sell this one on Amazon sometime soon for about $15. 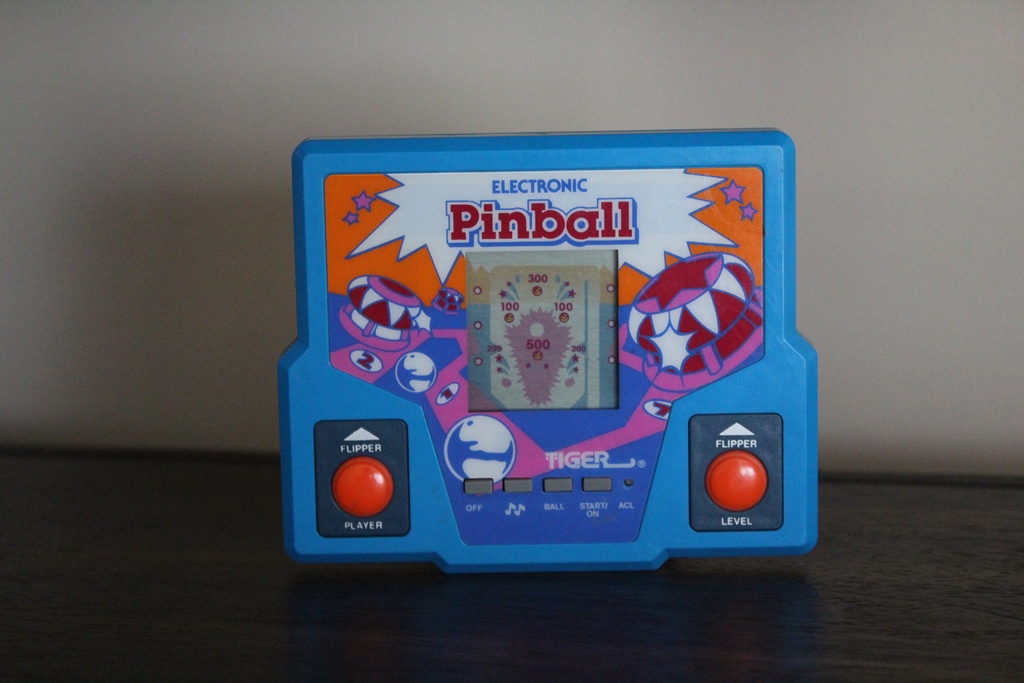 I generally don’t pick up Tiger electronic games, but one was in such great condition that I couldn’t resist for 50 cents. This was released in 1987 and features an LCD screen and 5 levels of difficulty as you try to light up all the bumpers to earn bonus points.

I’m having a pumpkin carving contest on Instagram, so this will be added to the prize box.

Tons of video games: about $30 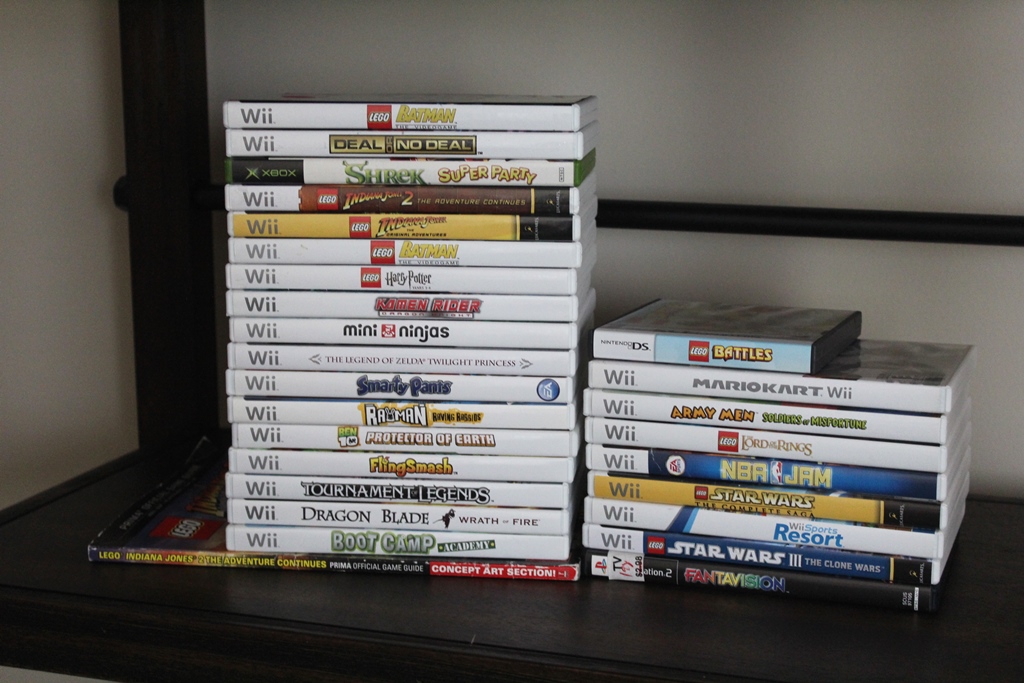 This was my best game haul for weeks. This one required a decent amount of polite haggling. But I was able to get a great deal overall. I’m at an awkward spot in my game collecting pursuits, because the games that I’m looking for are much older than the games that I’m finding. Most of what I’m finding now are Wii, DS, XBOX and PS2 games. But what I’m primarily looking for are NES, SNES and Sega Genesis games.

Luckily, through the magic of trading (with other collectors, gamers or game stores), I should be able to trade these in for some games that I’d actually like to have. In this lot, there aren’t a lot of games that I really feel like keeping. So I’m planning on trading all of these for some wanted NES games. With a $30 investment, I’m hoping to obtain at least $80 in NES games.


NES QUEST pt.7: To collect unlicensed, or not