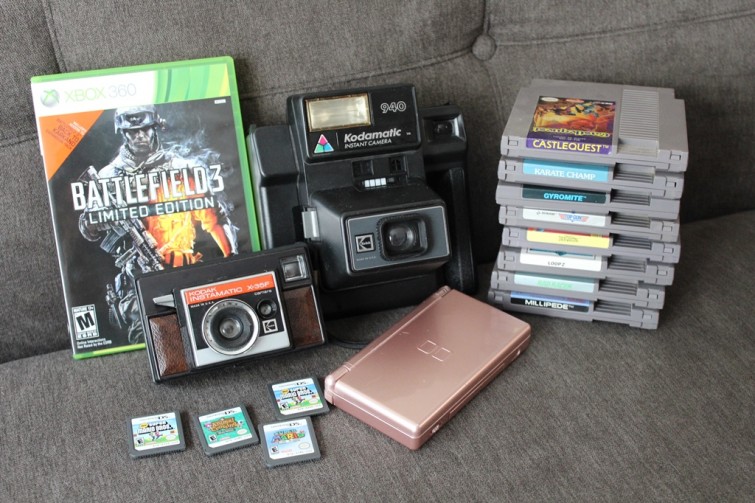 3393
By Barry Falls Jr
8 years ago
In Thrift Picks

The night before Saturday morning, there were dozens of yard sales listed in my area. I had to be at work an thirty minutes early to set up my coffee machine in my new office, which meant wrapping up by 10 a.m. So left at 7 a.m.

The town near where I currently live (where I grew up) usually started their yard sales at 7 a.m. But here in Charlotte, they typically start at 8 a.m. or even 9 or 10 a.m. So I only had a little less than two hours to spend at yard sales total before heading to a few thrift stores.

I have been focusing on looking for retro games, board games and stuff to sell. I was able to go three thrift stores and about 15 yard sales. I certainly didn’t hit any jackpots today, but I did find a couple great additions to my collection. 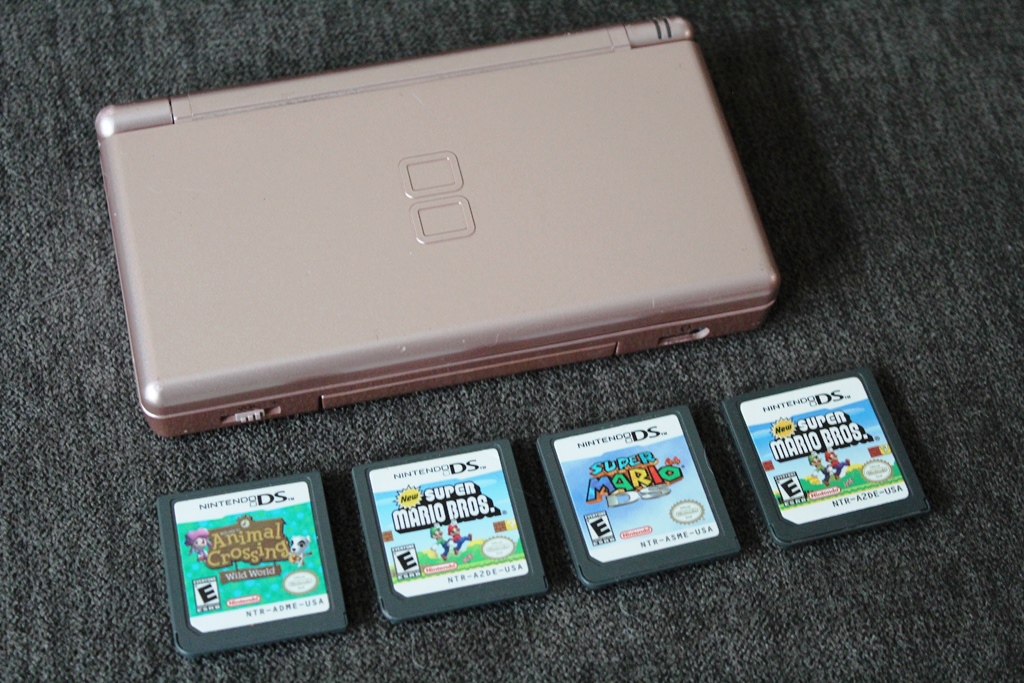 The guy wanted $20 plus but $5 per game. But I thought the games were a bit more than I would normally pay considering there not being any cases with any of them, the DS Lite was missing the matching stylus and a charger. So I was able to talk him down to $30 total.

I’m adding the DS Lite to my collection and I had already traded the loose games to a collector friend by the end of the day. 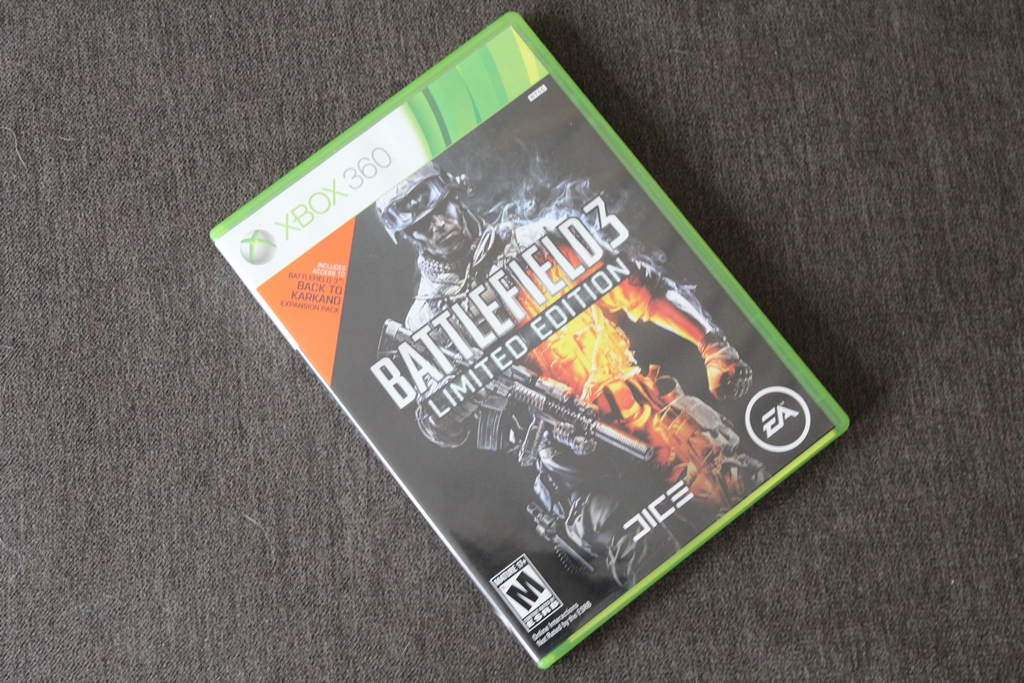 There isn’t much to say about this pick. I found this one at my local electronics thrift store that prices their games based on Price Charting. They accidentally priced this limited edition Battlefield 3 as the standard edition, making it about half off.

I’ve heard awesome things about this game. And I was really looking forward to playing the campaign mode in splitscreen co-op, which I now see that you can only play splitscreen on multiplayer. These days, I don’t play very many games unless I can play them with my fiancee. So I’ve been trying to find more splitscreen co-op games together.

Fortunately, we should be set with the Borderlands games and Mario Kart 8 for the summer. 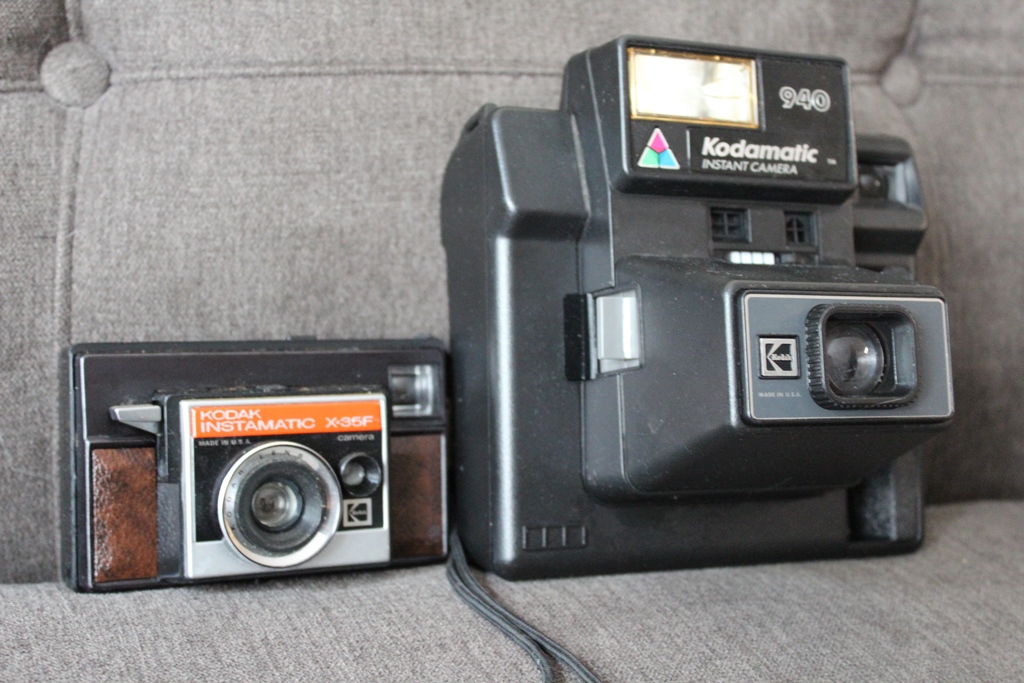 I found these buried in the electronics section. I’ve collected these aimlessly for about a year now, and I’m sort of running out of room for them in my small apartment. But they’re so cool that I can’t help but pick up all of the ones that I find.

Find these are a lot of fun, but so are doing research and learning about them. The way photography technology has progressed over the years is fascinating. I especially appreciate the interesting design of these and how different buttons and dials provide these little compact gadgets with different functions.

For now, I’ll put these in storage until I move into a bigger place where I can properly display them. 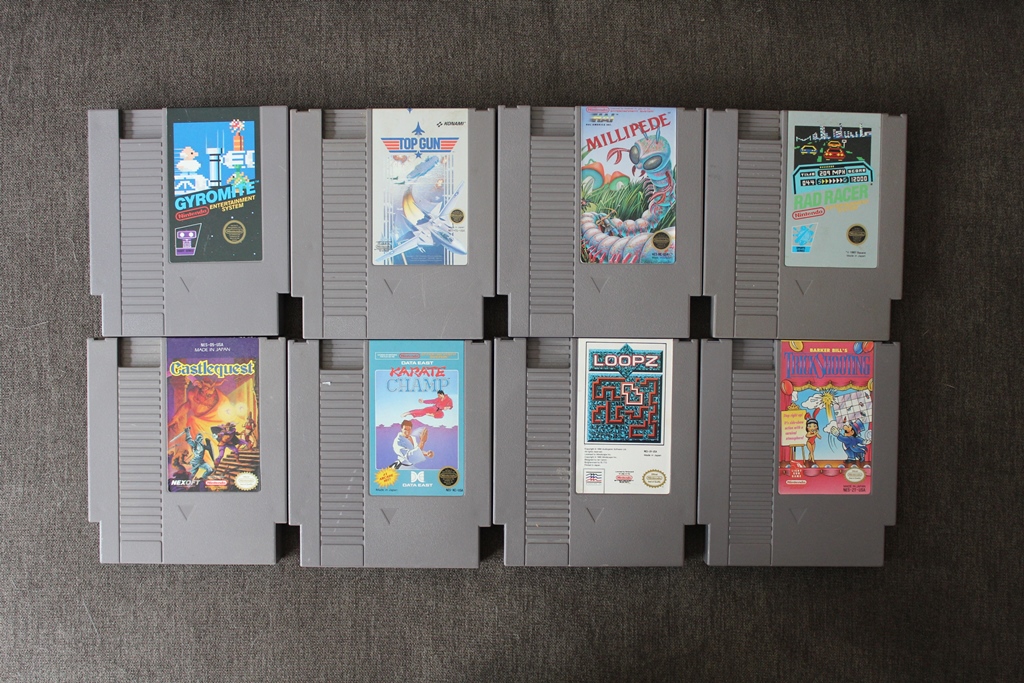 At the end of the week, I was well below my picking budget, since I wasn’t able to find much at yard sales. So with my extra cash, I headed over to my local used electronics and retro game store to loot through some cheap common NES games.

I’m taking my friend Doug’s advice on collecting and focusing almost exclusively on loose NES games. My collector friends who are serious about collecting for NES have up to 700 NES games. And those guys and gals have been collecting for over three years. So as I’ve focused more on my NES collection, I’ve decided to use any money left over from picking each week to pick up more NES titles from my local game store.

I’m at a point in my collecting where I have to constantly check my game list in order to make sure I don’t buy something that I already have. Unfortunately, I didn’t pay attention enough, because I already had a copy of Top Gun. This was especially embarrassing, because I did the same thing a few weeks prior with the same Top Gun game.

These put me at a little over 50 NES games. I’m hoping to add 100 more to that collection by the end of summer.


BETWEEN THE GROOVES: Vampire Weekend’s “Contra”