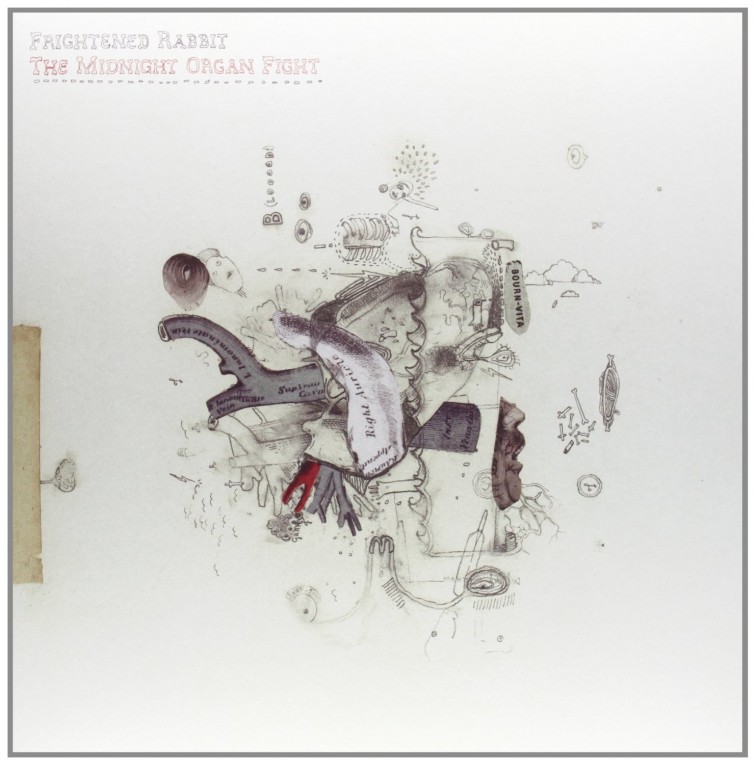 The afternoon of April 20-the 2013 Record Store Day (RSD), I walked out of a long shift at work and called my local record store with one question– “Are there still any copies of Midnight Organ Fight available?” It was the only RSD-exclusive releases that I was adamant about acquiring.

But they were sold out, because it was the end of the day and that record one of the more desired limited releases that season. Before then, if you wanted a copy of Midnight Organ Fight, the 2008 masterpiece from Scottish indie act Frightened Rabbit on vinyl, you’d have to pay at least $200 for an original pressing. It was one of the first albums to sell out at my local record store. And it also happened to be one of my favorite albums, if not my very favorite album.

There is a happy ending to the story, because two days later, the same record store posted on their Facebook page a list of late deliveries with one of them being two copies of Midnight Organ Fight. And since I didn’t work that day, I drove straight there and purchased their last copy. It didn’t leave my record player for months.

Midnight Organ Fight was released in 2008 to critical acclaim. Lead singer Scott Hutchinson wrote and recorded the album following a break-up with much of the story being told openly in each track. Midnight Organ Fight describes the story with a relentless candor. It’s self-loathing and confrontational without ever growing whiny or self-indulgent.

Thematically, Midnight Organ Fight covers a lot of territory. Regarding the personal nature of the lyrics, Scott told UK magazine God is in the TV that he couldn’t “really write about anything else, and I can still visualise the events in each song, which perhaps makes the delivery more genuine.” Each track maintains a really urgent sense of desperation, so much so that it’s difficult to single out any specific track as the highlight of the album.

An ambitious introduction, the album begins with “Modern Leper,” an acoustic ballad that hits you right in the heart. In it, Hutchinson sings “Well I am ill but I’m not dead/ And I don’t know which of those I prefer/ Because that limb which I have lost/ Well it was the only thing holding me up.” This song transitions into “I Feel Better,” in which Hutchinson describes unsuccessfully trying to lock away feelings of resentment and misery in the back of his mind.

The limited RSD edition includes the original album with original artwork by Hutchinson (who spent four years in art school) as well as a live performance of the album entitled Quietly Now! (or Liver! Lung! FR!), an awesome bonus. Midnight Organ Fight remains my favorite record in my collection.

A less expensive re-release of the album come earlier this year. Although the album doesn’t include Quietly Now, it does include the complete Midnight Organ Fight in its unpolished, musical glory. And if you purchase the vinyl copy on Amazon, you also receive a free digital copy of the album to be downloaded immediately after the purchase.