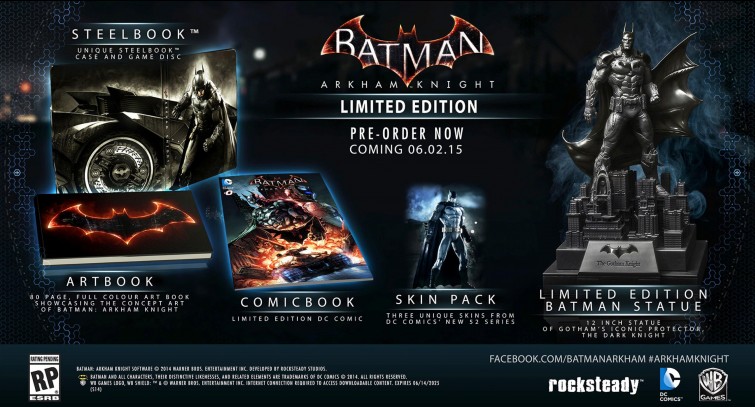 3200
By Barry Falls Jr
7 years ago
In Collector Alert

The finale to the critically-acclaimed Arkham video game series will be released with a limited edition set that includes a 12-inch Batman statue (see larger picture below), steel-book case and comic book. It retails for $99 and is available for PlayStation 4 and XBOX ONE.

In Arkham Knight, The Scarecrow returns to unite Penguin, Two-Face and Harley Quinn, to destroy Batman. Batman: Arkham Knight will be introducing Rocksteady’s uniquely designed version of the Batmobile, which is drivable for the first time in the franchise.

The limited edition will include: 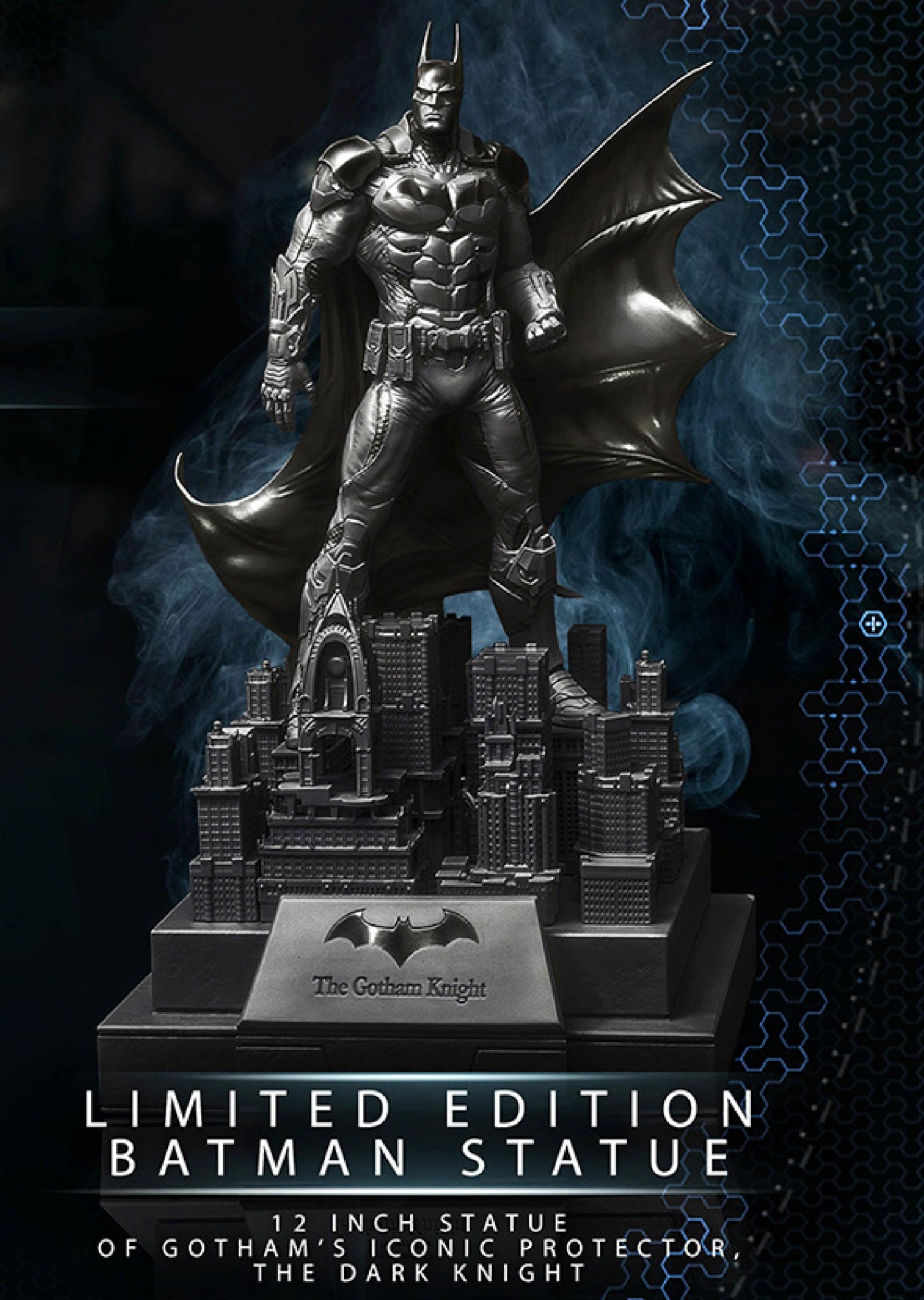