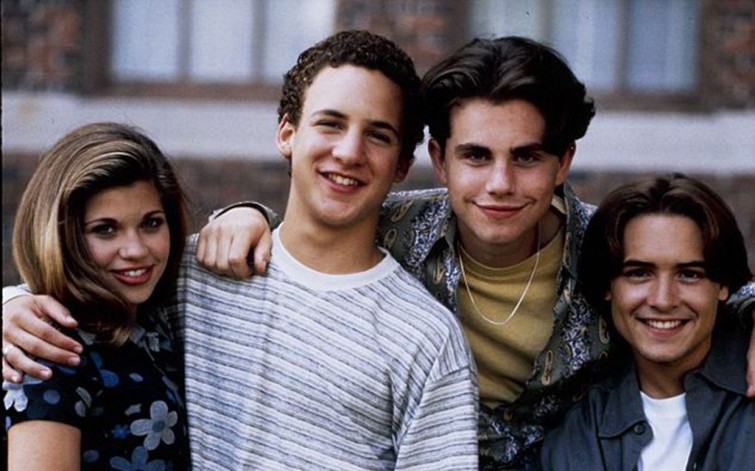 Girl Meets World, the sequel to the classic family sitcom, will be debuting tonight on Disney Channel. So it seems a good a time as ever to reminisce about the original series and take a closer look at the series box set on DVD and relive some of the best moments from the show.

With the increasingly antiquated narratives about facing the social, familial and romantic challenges of growing up, it’s hard to understand that one of the most progressive and deeply honest coming-of-age tales ever depicted on television aired over two decades ago.

While the program frequently strayed unfavorably into realms of melodrama and reused plot lines, usually involving Shawn Hunter having an existential crisis and Corey Matthews coming to his rescue, Boy Meets World always remained rooted in  exploration of its characters and how their conflicting personalities continuously alter the dynamic of their relationships.

Fast forward to today’s pre-teen and teen comedy/dramas, which seem to be mostly designed to provide carefully sequenced series of jokes and one-liners that only stimulate viewers enough to keep watching. There’s a reason viewers keep coming back to the ABC sitcom and Disney keeps re-broadacsting reruns.

Somehow, having watched it once beginning in the early 90s, then once more in the form of reruns in the late 90s, again in high school and again halfway through college, it seems each viewing has provided a curiously unique experience. This might be due, in part, to layers of character conflict that ranges from sixth-grader Corey to teacher, mentor George Feeny.

Most plot sequences revolve around an initially ignorant Corey learning a valuable lesson about life. But what separates Boy Meets World from similar sitcoms, including the ones that inspired and was inspired by it, is that the lessons are very human and often mature in nature. Even towards the start of the series, themes of class differences and racial predjudice play a major role.

In “Teacher’s Bet” (Season1, Episode 8), Corey, who openly undervalues the importance of teaching and the difficulty of the job, makes a bet with Mr Feeny to see if Corey can do a better job teaching his class for a week. During those five days, Corey is tasked with helping sixth-grade students the racial and political complexities of Anne Frank.

At home, Erik is dating a new Japanese girl who is verbally abused at the mall for her race, which reduces her to tears. This helps Corey make the connection between the Nazi-ridden Europe and how some of those same harmful ideologies persist today. To make his point to his temporary class, Corey calls Shawn a pejorative racial slur used to describe Italians to get the attention of his class. Corey learns to value Mr Feeny’s contribution to his education and Shawn actually reads the Diary of Anne Frank, causing him to pass the test.

This episode effectively sets the tone from what viewers experienced later in the show. In high school, Corey and Topanga film a short documentary about sex for a class project, which subtly displays how having sex in high school means prestige for guys and stigma for girls.

There is an apparent reason Boy Meets World has stood the test of time– it’s smart, hilarious and authentic. It provides the perfect blend of cheesy comedy and progressive subject matter, with lessons that are just as relevant as they were when they aired. 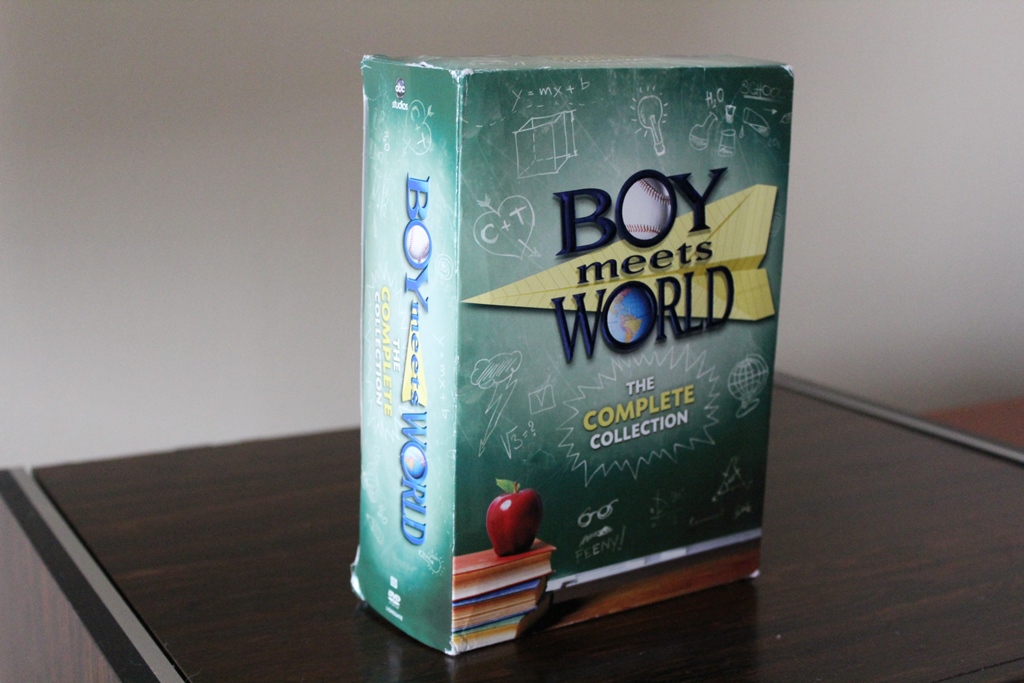 The Boy Meets World is one of my very favorite pieces in my DVD collection. Released at the end of 2013, the complete series box set includes all 158 episodes of the seven-season series as well as a Boy Meets World: Back to the Beginning featurette and Boy Meets World Fandom featurette on a separate bonus disc.

It took some time to get my hands on the complete series. When Disney held the series rights, the first three seasons were released between 2004 and 2005. But after low sales numbers, the studio not to release the final four seasons. In 2010, when Lionsgate acquired the rights to the show, that Seasons 4-7 came out on DVD, but they didn’t match the boxed design of the original three seasons. So I waited for the complete series box set.

Unlike many other box sets that are either too bulky or strangely-shaped for the sake of novelty, this one is the ideal set– small enough to fit snugly with other DVDs but not so small that the discs are stacked on top of one another. The set is remarkably compact considering the 63 hours of comedy gold that it contains.

The box set is slightly larger than four DVD cases stacked on top of each other, because the box holds four DVD cases, each with one or two seasons or about five to six discs. This means that purchasing the entire series box set takes up about 40 percent less space than owning all seven seasons individually.

The box art is fantastic. It’s simple and has the Boy Meets World logo on the front and on the side with little illustrations written on the chalkboard background. It would have been nice to have a group picture of the cast in character, but the simplicity of the front is nice too.

Each disc is accessible and easy to find, with each case containing a slip that shows the names of every episode of each season. This has been very convenient for my fiancee and I, who watch the show very sporadically throughout the year. There are also no commercials, and it takes little time to pop the disc in and start back up where you wanted.

For anyone looking to relive one of the best coming-of-age stories ever told, this box set is well worth the money.

You can order the complete series box set on Amazon. To check out a brief guide to purchasing television box sets, click here. To read up on if ‘Girl Meets World’ will offer anything worthwhile for fans of the original, click here.