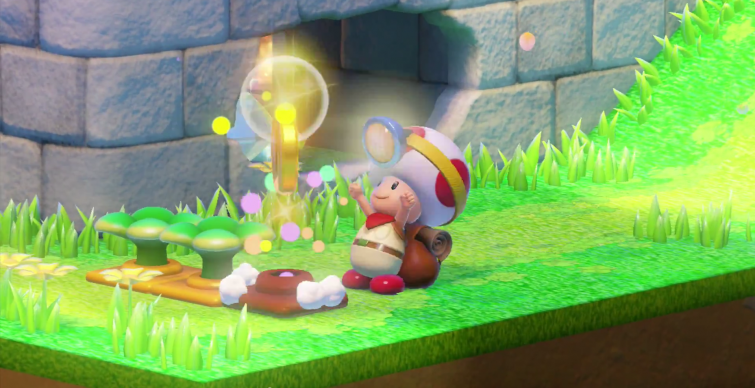 Fans of the Captain Toad’s side quests in Super Mario 3D World should be pleased to see Captain Toad in his very own full adventure, Captain Toad: Treasure Tracker for the Wii U. The news came during Nintendo’s first round of 2014 E3 announcements.

The puzzle/strategy-based game will have Captain Toad venturing through isometric views of each level in pursuit of treasure. In Super Mario 3D World, Captain Toad was unable to jump, which added to the challenge. That same constraint seems to have carried on to this new adventure.

The new gameplay trailer also demonstrated a new first-person perspective that adds a unique element to the game. This seems to add to Nintendo’s attempts to make the Wii U gamepad seem more necessary for gameplay.

Check out the first look at Captain Toad right here: