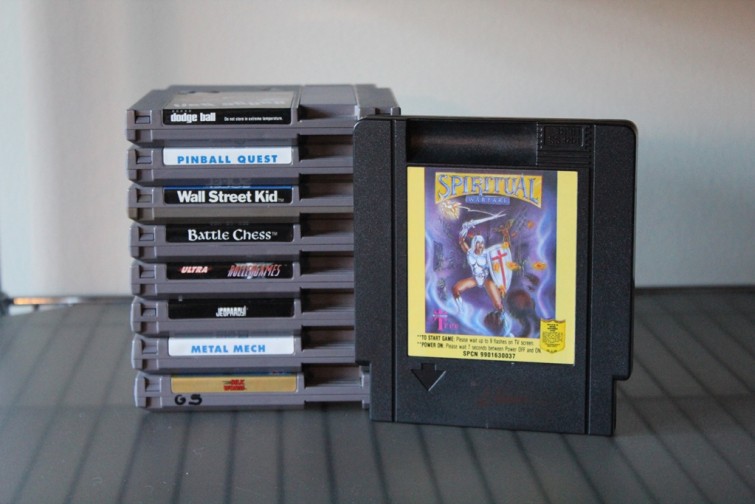 After a series of texts from my friend Johnny about the opening of a store called 2nd & Charles in my area, I was pumped to check it out. 2nd & Charles is a chain that buys, sells and trades new and used media such as CDs, vinyl records, modern and retro video games, action figures, books, comic books, movies and electronics. Currently, there are about 25 locations in the U.S.

I visited their website and found that they offer trade credit for used games, movies and records. Since I had a couple bins full of games that I was going to either trade or sell in the coming weeks, I decided to take about a third of what I had in a large box, mixed with a variety of different items including games, movies, records and sealed action figures. The purpose of this trip was to get a feel for how they operated, what kind of merchandise they had and what their trade credit was like.

After about a 40 minute wait, they had finished processing my order. They were interested in about 20 percent of my trade items and offered me $22 in trade credit on a stack of items that I valued well over $100. At that point, I had already found a stack of NES games that I wanted, so I accepted the credit and checked out. I was definitely disappointed with their trade policy. But with an operation and a selection as big as theirs, they have to offer less credit. ‘Lesson learned.

I was still able to find nine NES games on my wanted list, and my trade credit covered half of that. So I definitely left the store a happy customer. The games include:

If you read part 25 of NES Quest, you probably already know what game I’m most excited about– Super Dodge Ball. I have been looking for this game for a long time. And it happens to be one of my all-time favorite NES games. It has fantastic graphics and addictive game play. So I’m really excited to be able to play this again. It’s also available on Wii U Virtual Console, if you don’t have an NES.

Spiritual Warfare is another big game off the Wisdom Tree list, and it’s arguably the most playable. It’s not common, but it’s not particularly rare either– especially compared to the Game Boy and Sega Genesis ports. This is my fourth Widsom Tree NES game added to my collection. I still need to find Bible Buffet, Joshua: The Battle of Jericho and Sunday Funday.

Although in my opinion, 2nd & Charles has a pretty terrible trade policy, they have a decent selection with some fair prices. I definitely plan to visit the store again soon. Only next time, I won’t bring in anything to trade. This haul brings my collection from 263 to 272 NES games. For the rest of the entries of NES Quest, check them out right here on Retro Chronicle.