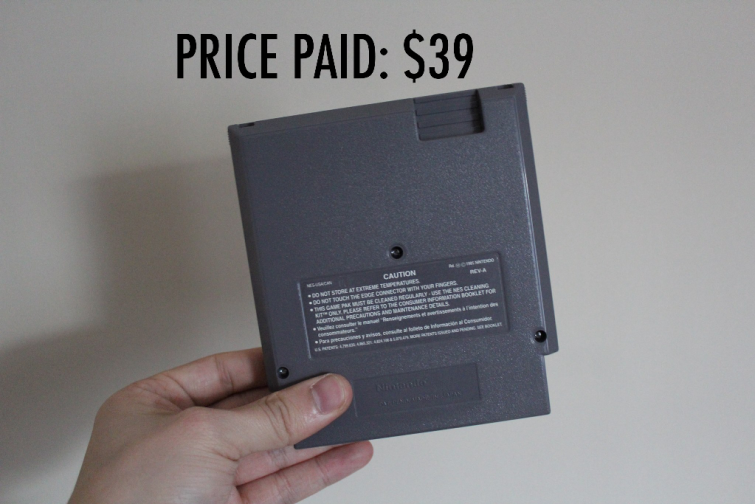 [If you aren’t sure what the Chump Change Challenge (CCC) is, check out my article right here, which goes over the rules and history of the fun challenge.]

This was my first time doing the CCC. It was introduced to me by a collector friend, John, who did it a few years ago. Since then, I have considered trying it but had some trouble committing. But as I began to get more into NES collecting, I decided it would be fun to finally do it with the intention of getting one NES game.

Although I only saved up all of my change for three months, I did seed my CCC jar with some change that I happened to have lying around the apartment and in my car. This accounted for a good chunk of it, as this is 2015, and I rarely make purchases with cash.

I took my change jar to a Coinstar machine at my local supermarket and cashed out. You have two options when you’re using the machine– pay a 10.9 percent service fee and get cash or pay no fees and pay no fees and get an eGift Card. Since Amazon.com was an option, I chose to get the money as a gift card,  without having to lose $4.

For me, this made sense, because I didn’t have a lot of time that week to go visit a local game store and try to find a game that was worth close to $40. But I definitely had time to pick one on Amazon during my lunch break at work. And I was able to use the easy search bar to sort games based on price and other variables.

I saved up a total of $39, which was more than I expected. Then came the hard part– deciding on one game. I wanted to use all of my money of course. And I wanted it to be a game with personality. Some of the games that I was considering included: Galactic Crusader, Power Blade, Jackie Chan and Sqoon.

I consulted my friend Doug, who helped me narrow my results down. But the game that I finally went with, costing me exactly $39 was… 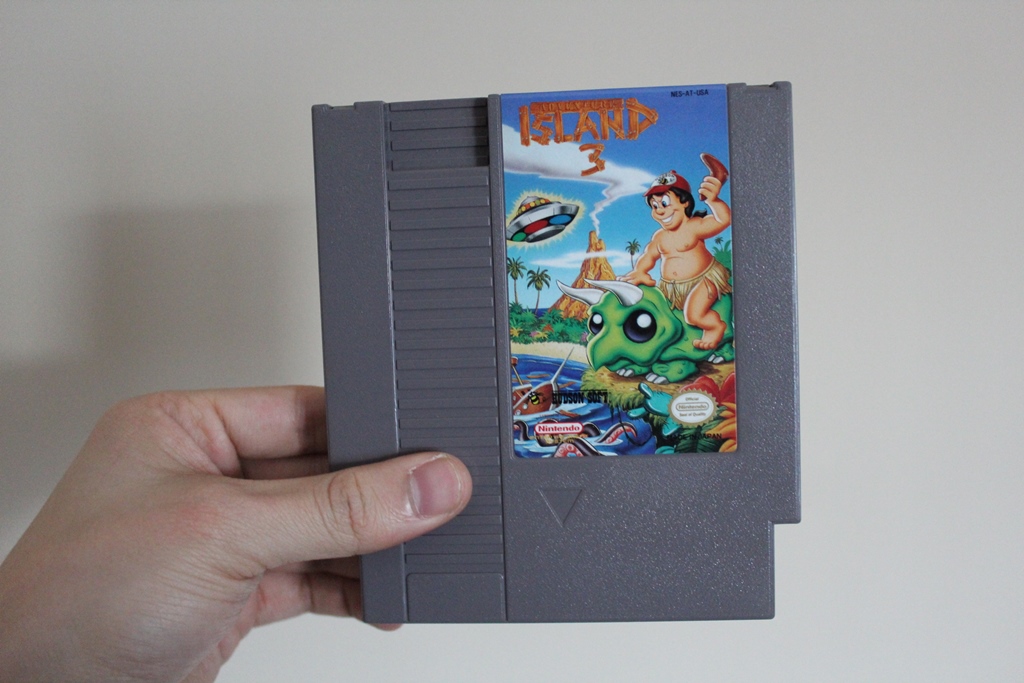 The plot of Adventure Island 3 reads: Master Higgins’ girlfriend Tina is kidnapped once again, this time by a mysterious flying saucer. With the help of his prehistoric pals, Higgins must once again travel through eight different islands and go after the aliens keeping Tina hostage.

This game completes my Adventure Island trilogy for the NES. Although only three were released on everyone’s favorite 8-bit console, a fourth was released on PC and other entries were released on the Super Nintendo, Turbo Grafx, Game Boy and WiiWare.

I haven’t played it much so far, but I love the cover art. Higgins is wearing a grass skirt and a modern hat, riding a dinosaur, overlooking a cliff with a giant octopus, throwing a boomerang at a UFO in front of an erupting volcano. Leave it to Hudson Soft. Overall, I’m really happy with my experience with the Chump Change Challenge, and I definitely plan to do it again next year.

If you have tried the chump change challenge or might be interested, leave a message in the comment section below.  This purchase brings my collection from 274 to 275 NES games. For the rest of the entries of NES Quest, check them out right here on Retro Chronicle.

Amiibo shortages: A lesson for Nintendo collectors on the free market