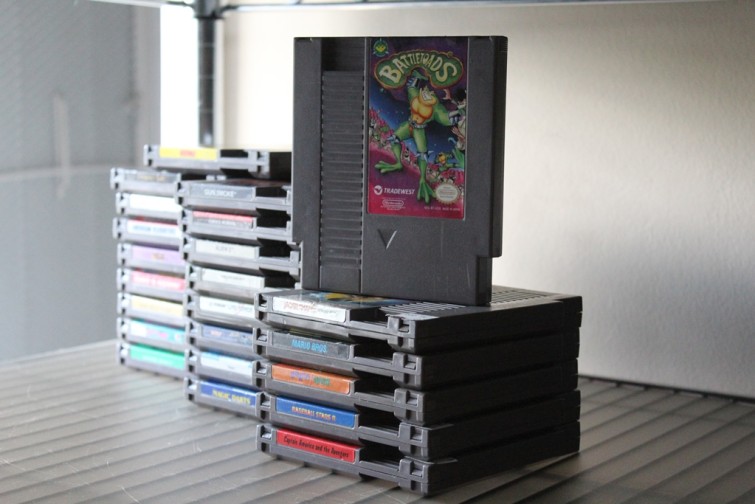 In Collecting tip #13 (part 2), I discussed my recent experience removing $1,000 worth of unwanted games from my collection and trading them at a local game store for $500 worth of gaming goodies (and a couple blu ray movies). I allocated $100 towards non-NES games, which included Metroid Prime Trilogy, Seaman (Dreamcast) and Birdman on blu-ray. I spent the remaining $400 in store credit all on NES games.

This was one of the most fun experiences I’ve had collecting in a long time! $400 in credit just for NES games at a store that had tons of NES games was like a dream. And when that also means getting rid of a ton of unwanted games at the same time made it all the better.

I brought my NES list to the store this time. Usually, I’ll just reference my list on my phone. But since I was spending over an hour at the store (mostly waiting for the store employees to test and calculate the value of everything), I knew bringing a printed list would make everything so much easier. I ended up leaving the store with 22 titles from my wanted list.

My trip to this game store marks the first time in a while that I was able to add any note-worthy games to the NES collection– since NES QUEST pt. 32. And it was also the first time in a few months that I used store credit to pick up NES games. During a time when it’s increasingly difficult to find NES games in the wild, experiences like this one make collecting, especially NES collecting, awesome.

This haul brings my collection from 308 to 330 NES games. For the rest of the entries of NES Quest, check them out right here on Retro Chronicle.

Collecting tip #13: Trimming the fat from your collection (part 2)